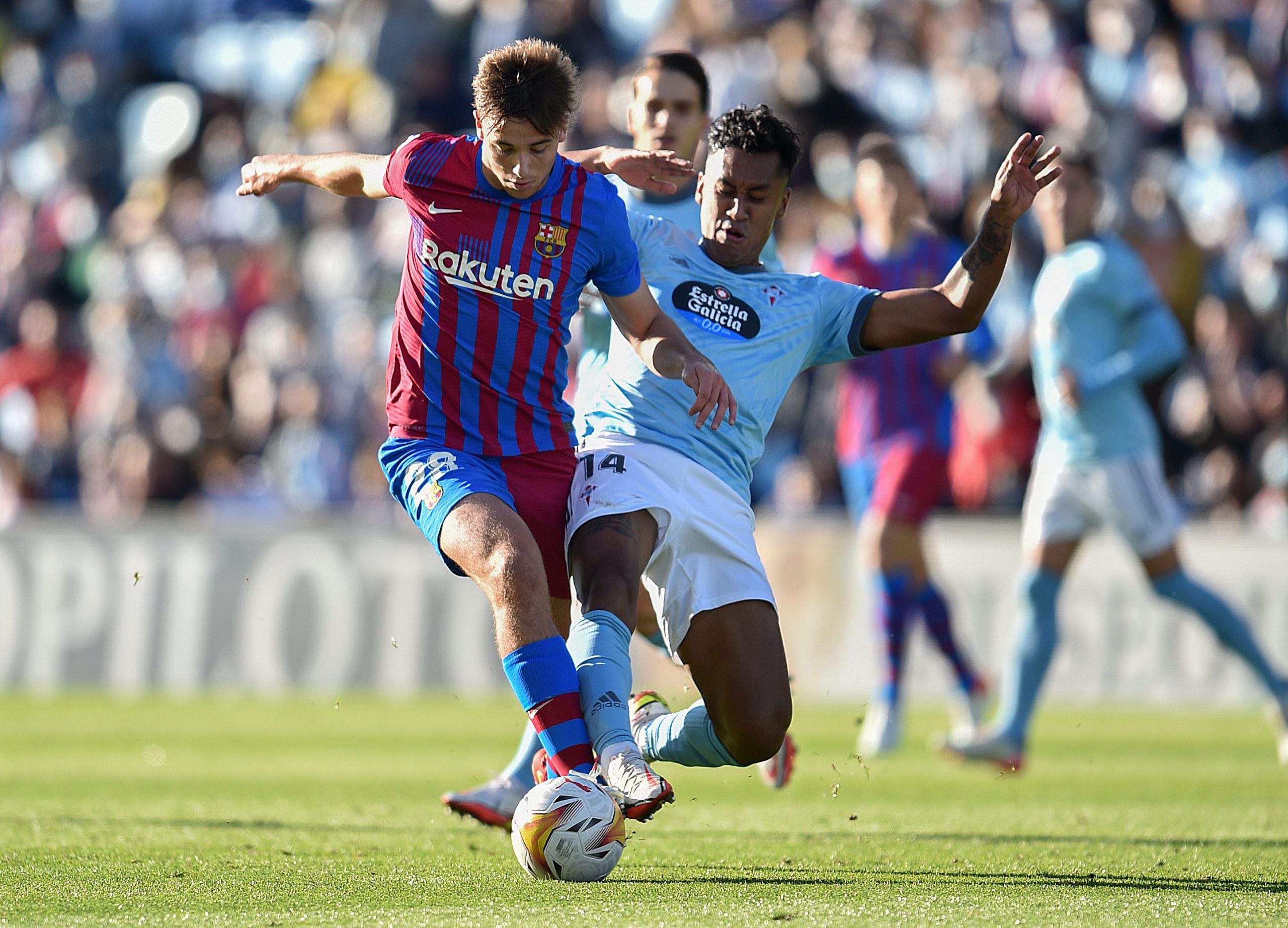 Nico Gonzalez is making quite the waves in his breakthrough season with Barcelona. A product of the club’s famed La Masia youth setup, the 19-year-old made his debut for the Catalans in the 4-2 win over Real Sociedad on the opening day of the 2021/22 season.

Since then, Nico has gone on to make 13 appearances in total for the Blaugrana, registering one assist in the process. The Spanish Under-21 international has been one of Barca’s shining lights this season, along with fellow midfield prospect Gavi and another La Masia graduate, Ansu Fati.

Nico has not looked out of place at the highest level and has impressed each time he has taken the field. That was the case again in Barcelona’s last game before the international break as they were held to a 3-3 draw away at Celta Vigo.

So much so that, Celta Vigo striker Iago Aspas, who scored a brace to salvage a point for the Galician outfit on the day, has praised Nico. Speaking an interview (h/t Pol Alonso), the former Liverpool forward has hailed the 19-year-old midfielder, claiming that he can outdo his father Fran.

Nico’s father, Fran, is widely regarded as one of the greatest Galician players to have played the game. During his career, he made over 500 appearances for Deportivo La Coruna and managed to earn 16 caps for the Spanish national team as well.

Nico, who was born in the Galician town of A Coruna, has shown a lot of potential in his fledgeling career. And Aspas is of the opinion that the Barcelona midfield prodigy can grow into a better footballer than his father.

“Nico González looks tremendous. His father was one of the best players in the history of Galicia, but Nico can be better,” Aspas said.