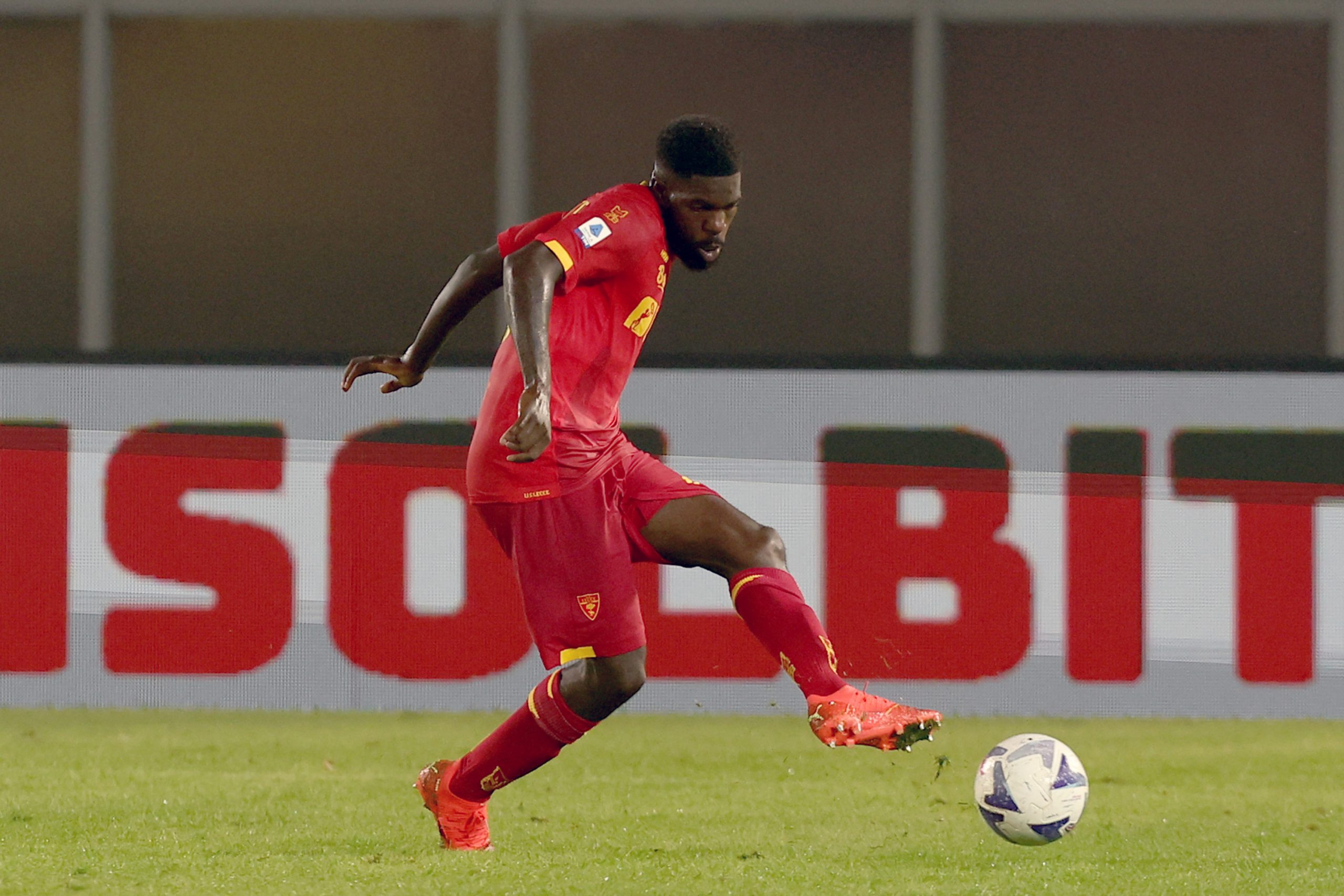 Just when it looked like Samuel Umtiti was starting to get his career back on track, the Barcelona defender, on loan at Lecce, has seemingly succumbed to yet another injury.

The French international has had an injury-riddled past few years that rendered him completely out of favour at Spotify Camp Nou, leading to the loan exit to Lecce in the summer.

After moving to Italy, Umtiti had to bide his time to get into the team, which was understandable considering he had hardly played for the last year. Lecce manager Marco Baroni had waited until last month to hand the 28-year-old his first appearance for the club.

But once he made his breakthrough with the newly-promoted Serie A outfit, things had been looking up for the injury-prone centre-half as he put in a couple of fairly solid displays. In fact, there was even talk of Lecce possibly extending his loan deal for another season.

However, 57 minutes into his third appearance for Lecce, Umtiti picked up a back injury and had to be taken off in the game against Umtiti on Friday night, reports SPORT.

This comes as a blow for the 2018 FIFA World Cup at a point when he was finally starting to get regular minutes under his belt and was performing at a fairly high level, considering that he had hardly played during the past couple of seasons at Barcelona.

The exact extent of the injury and how long the Frenchman could be ruled out because of it is yet to be determined. All parties involved will be hoping that it is nothing serious and the defender can return to action at the earliest possible.