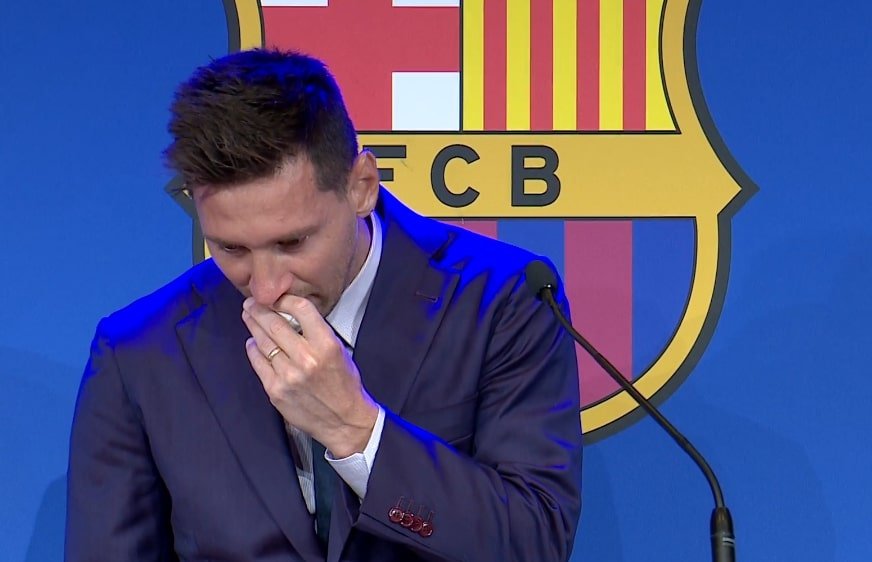 The clock strikes 6 PM on August 5th in Barcelona, the city at peace, still reeling in Lionel Messi’s Copa America achievement with Argentina from a week before. As the minutes’ hand tick by, no one knows what the future will bring.

It’s now ten past six, and phones start buzzing in unison. For some it’s a text message, for others it’s a Twitter notification, and others see it in the form of a fresh article. But all of it says just one thing: Lionel Messi’s contract renewal crashes down.

It took two hours of constant reports and speculation before Barcelona released an official statement. It was, fair to say, not what most people thought it was going to be. Leo Messi left the club in tears.

During his farewell press conference, Leo talked about how difficult it was.

“Recent days I have been thinking what I could say.. The truth is I can’t think of anything. This is really difficult for me after so many years, being here my entire life. I’m not ready for this.”

He continued, talking about the transfer saga of last year, “Last years with the burofax stuff, I was convinced I knew what I wanted to say, this year is not the same. My family was convinced we were staying at home, we wanted it more than anything.”

Messi summarised his time in Barcelona over 21 years, saying, “I have spend my entire life here, since I was 13. After 20 years, I’m leaving with my wife, my three kids.”

He also talked about his teammates, saying, “I’m really grateful for everything. All my teammates, my former teammates, everyone has been by my side. There are so many people.”

“I haven’t said goodbye, because I never thought of it. I never imagined this way,” Messi said, explaining that he was not ready for what happened.

He also talked about how he has had to say goodbye to the Camp Nou, during the pandemic, saying, “I’m leaving the club without seeing the fans for over a year and a half. If I imagined it, I would imagine the Camp Nou full, and say goodbye properly. But it has to be this way.”

“I hope that I can come back and that I can be part of this club, helping them being the best,” Messi said, before moving to inquiries from the press.