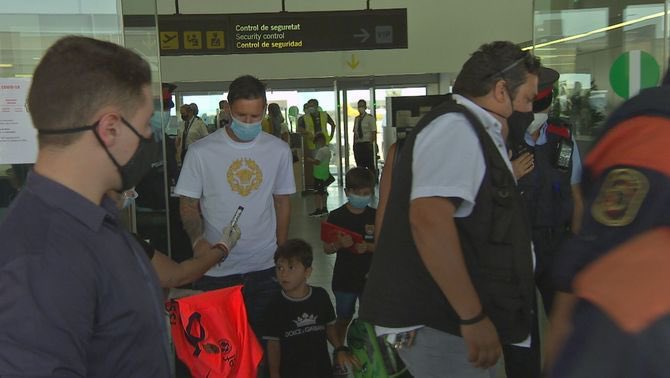 Lionel Messi has returned to Barcelona today. The Argentine forward was on a short vacation with his team-mate Luis Suarez, accompanied by their partners. The two families spend their days on a yacht in Ibiza, and it was not the first time that they went on holiday together.

? — Messi and Suárez on a short vacation. pic.twitter.com/6f3ACm294Q

Lately, there have been many rumors regarding a transfer out for Messi after he explicitly stated that ‘things need to change at the club’, but Barcelona president Bartomeu told that he is sure that the legend will stay at the Catalan club. Barça is currently doing everything to extend the player’s contract, but Messi will most likely wait until the end of the Champions League campaign.

Just like his other team-mates, Lionel Messi will take the coronavirus tests at the training center today before resuming training tomorrow at 9:30 am. A tough Champions League fixture is ahead for the 33-year-old.

Not only does he carry the weight of his team, but also coach Quique Setién’s future highly depends on the Argentine. If Barcelona fails to knock-out Napoli in the second leg of the round of 16, boss Setién will very likely get sacked – since things stand already on the edge for the Cantabrian coach.