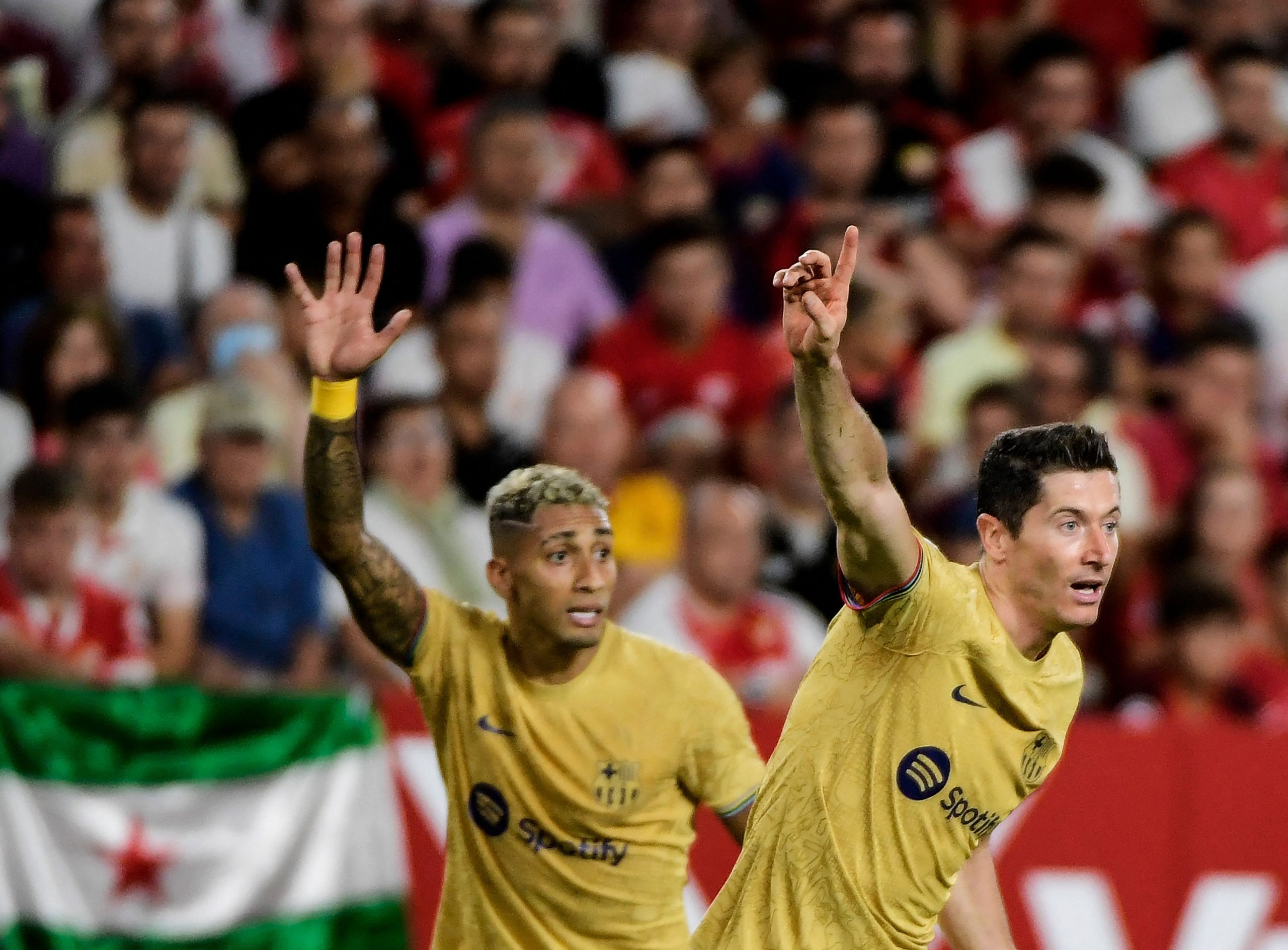 FC Barcelona will face Real Betis in the semi-finals of the Spanish Super Cup in Saudi Arabia on Thursday night.

Coming on the back of a couple of nervy wins against Intercity and Atletico Madrid, this midweek contest will be an acid test for Xavi Hernandez’s men as they look to maintain their consistency.

With the UEFA Champions League out of contention, Barça are expected to put full focus on cup competitions this season and as such, Xavi, who is still looking for his first trophy as Barça manager, could field a full-strength eleven against Los Beticos.

Here, at Barça Universal, we are taking a look at the potential Barcelona lineup that may feature in Saudi Arabia this midweek.

There has been noise around Inaki Pena not receiving enough opportunities in the Barcelona first-team this season. And it appears the La Masia graduate may have to wait a bit more as Marc-Andre ter Stegen is set to retain his place in between the sticks for Barça.

There should not be any other significant changes in the back four, especially with Xavi Hernandez seemingly impressed with the performances of Ronald Araujo and Andreas Christensen in central defence.

Jules Kounde, too, is likely to retain his place at right-back despite the presence of Sergi Roberto and Hector Bellerin. The only change at the back may come in the form of Jordi Alba replacing Alejandro Balde, as the veteran is back after serving his one-match suspension.

With Xavi keeping one eye on the strenuous schedule ahead, Sergio Busquets might be asked to sit this one out. This could see Pedri return to the interior midfield position, partnering Gavi. The two Barcelona youngsters will be responsible for providing the creative essence in the middle third of the pitch.

Meanwhile, Busquets’ returning to the bench could see Frenkie de Jong occupying the defensive midfield slot. There have been talks of the Dutchman being converted into a number six by Xavi, so it will be interesting to see how he performs in this game.

The biggest boost for Barcelona heading into this game is the return of Robert Lewandowski. The Polish international is currently serving out a three-match suspension, but the said ban does not apply to Super Cup matches.

This enables Xavi to field Lewandowski up top, as usual, with the former Bayern Munich striker likely to be accompanied by Ousmane Dembele and Raphinha out wide.

It will be an important game for Raphinha, who has largely played the role of a super-sub for Xavi this season. With his future on the line, it will be imperative for the Brazilian to offer productivity in the final third.

Xavi has no shortage of options on the bench either. The Barcelona coach can try out the option of Ferran Torres, who will be suspended for the next two La Liga games after his red card against Atletico Madrid.

Memphis Depay, who has become the talk of the town this week due to speculations over his future, could also get some rare minutes while Ansu Fati should also come on from the bench.

Along with Depay, Barcelona have the option of deploying fringe stars such as Franck Kessie and Eric Garcia, two players who have struggled to make an impact at Barça this season.