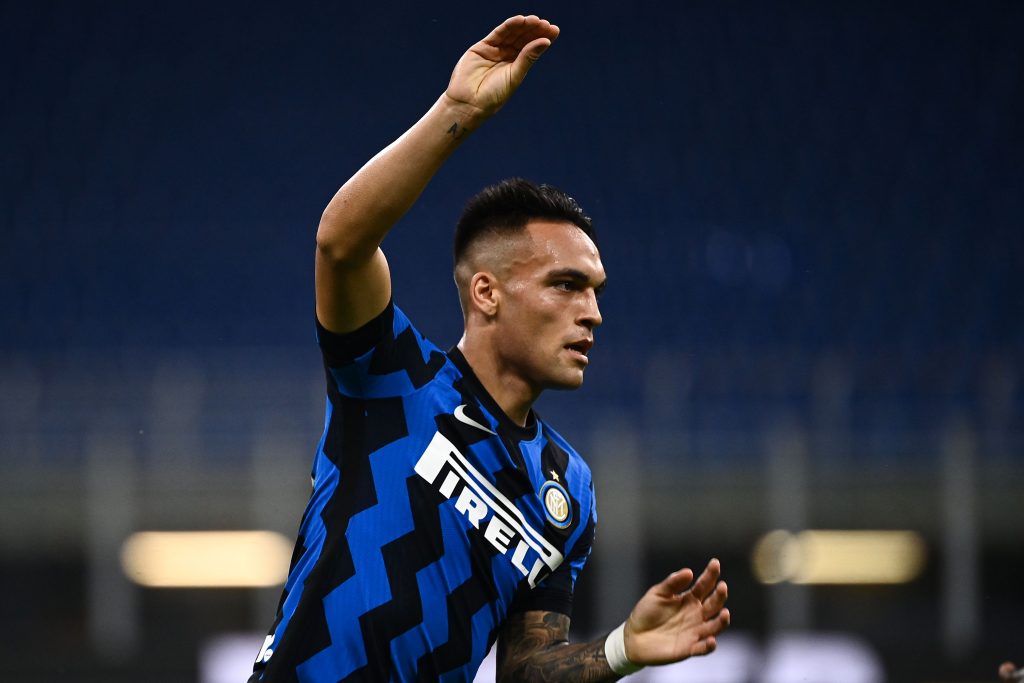 Inter Milan striker Lautaro Martinez scored a wonderful goal against Napoli in Serie A matchday 37. The Argentine striker took his shot from long-range in the 74th minute of the game to secure the 3 points for his team.

Lautaro Martinez makes it 2 for Inter Milan with a fantastic goal. #InterNapoli
pic.twitter.com/F65LumxxHV

After the goal, Lautaro celebrated his goal with a hand gesture towards the fans. Lately, it has been reported that the 22-year-old’s performances have dropped after being linked with FC Barcelona. This goal from the Argentine forward tells the exact opposite: “Keep talking. I’m giving my everything.”

It is already known that Lautaro Martínez is Barça’s top priority for the upcoming summer transfer window. Inter Milan knows that the youngster is eager to line-up at the Camp Nou with his International team-mate Lionel Messi. However, this does not mean that the player is ‘underperforming’ at Inter, as fans claimed. Lautaro is a professional and stays loyal to his contract: “I will always give my %110 for this club and shirt.”, as he has explicitly told in an earlier interview.