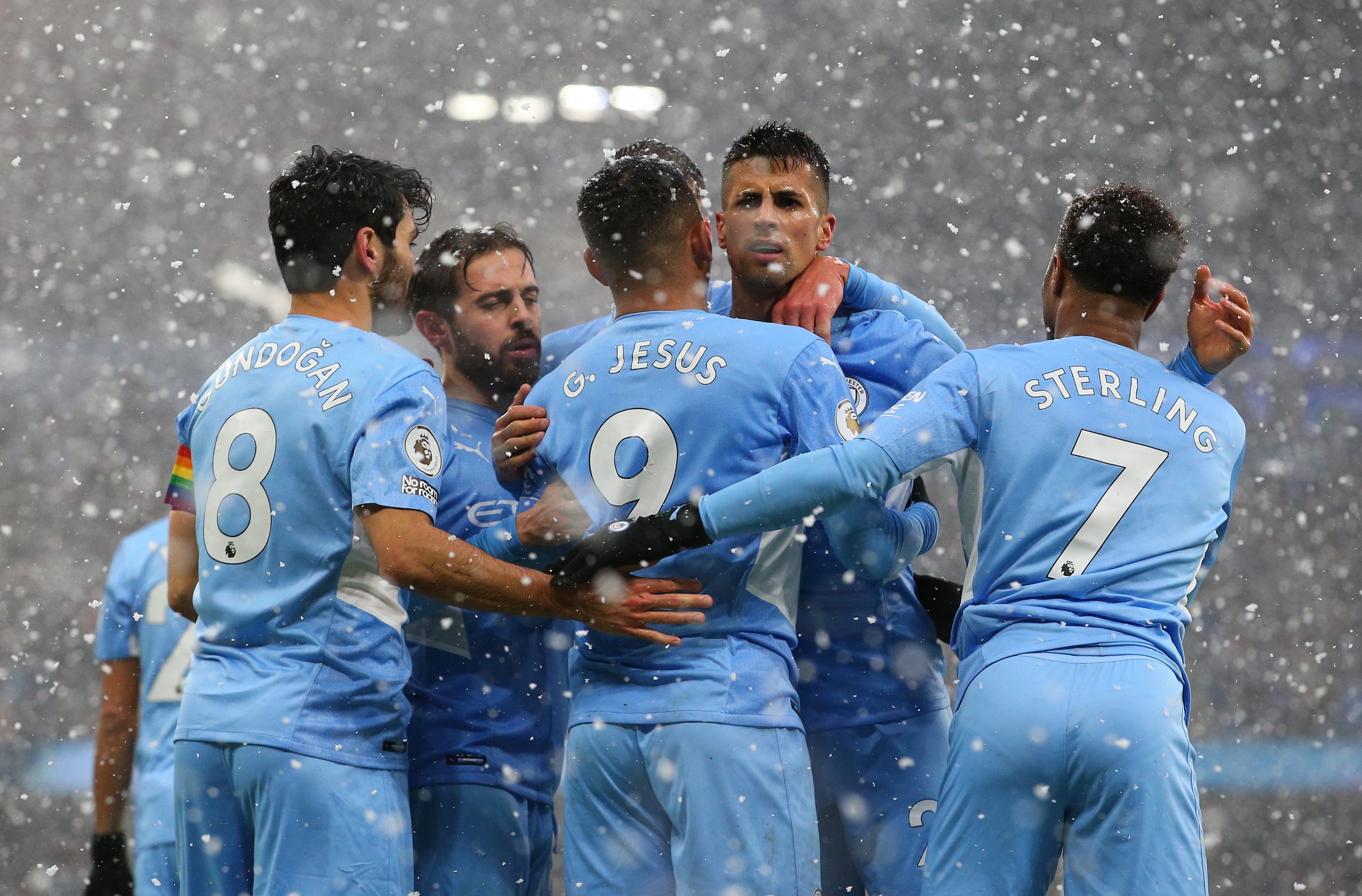 Barcelona are closing in on the second signing of the Xavi Hernandez era, with Ferran Torres all set to arrive from Manchester City imminently.

The 21-year-old would be the second transfer made by Xavi, who also re-signed former teammate and Barça icon, Dani Alves, on a free transfer last month.

Torres’ arrival would be a huge boost for the team, given the injuries in the attacking department over the course of the season. His versatility and know-how of Spanish football could enable him to hit the ground running at Camp Nou once the deal is made official.

However, Eurosport (h/t Fichajes) is claiming that Xavi and Barcelona might not be done with their raid of Manchester City yet.

The report claims that the 41-year-old tactician has three more players from Pep Guardiola’s club on his agenda, who he greatly admires and has asked president Joan Laporta to look into the possibility of signing them. The three Man City superstars in question are Raheem Sterling, Bernardo Silva and Joao Cancelo.

Sterling has been on Barcelona’s radar for the longest time. The club tried to sign the England international in the summer, while attempts were made to bring him in before the Torres deal went through.

The ex-Liverpool ace is no longer a regular in the starting XI at the Etihad and is keen on an exit. However, wages would be a major issue for Barça if they were to pursue his signing.

Bernardo Silva, too, was on the Catalan giants’ radar in the summer. It was believed that the Portuguese himself was keen on an exit back then. However, since then there has been a major turnaround, with the former SL Benfica ace becoming one of Man City’s best players this season and establishing himself as an unsellable asset.

The same holds for Joao Cancelo, too, who is by far one of the best full-backs in Europe currently. A perfect fit in Guardiola’s side, the Portuguese is another player that the Citizens would not contemplate selling.

So, while Laporta & co. are believed to have made enquiries for the trio, all seem like impossible signings for Barcelona at the moment.