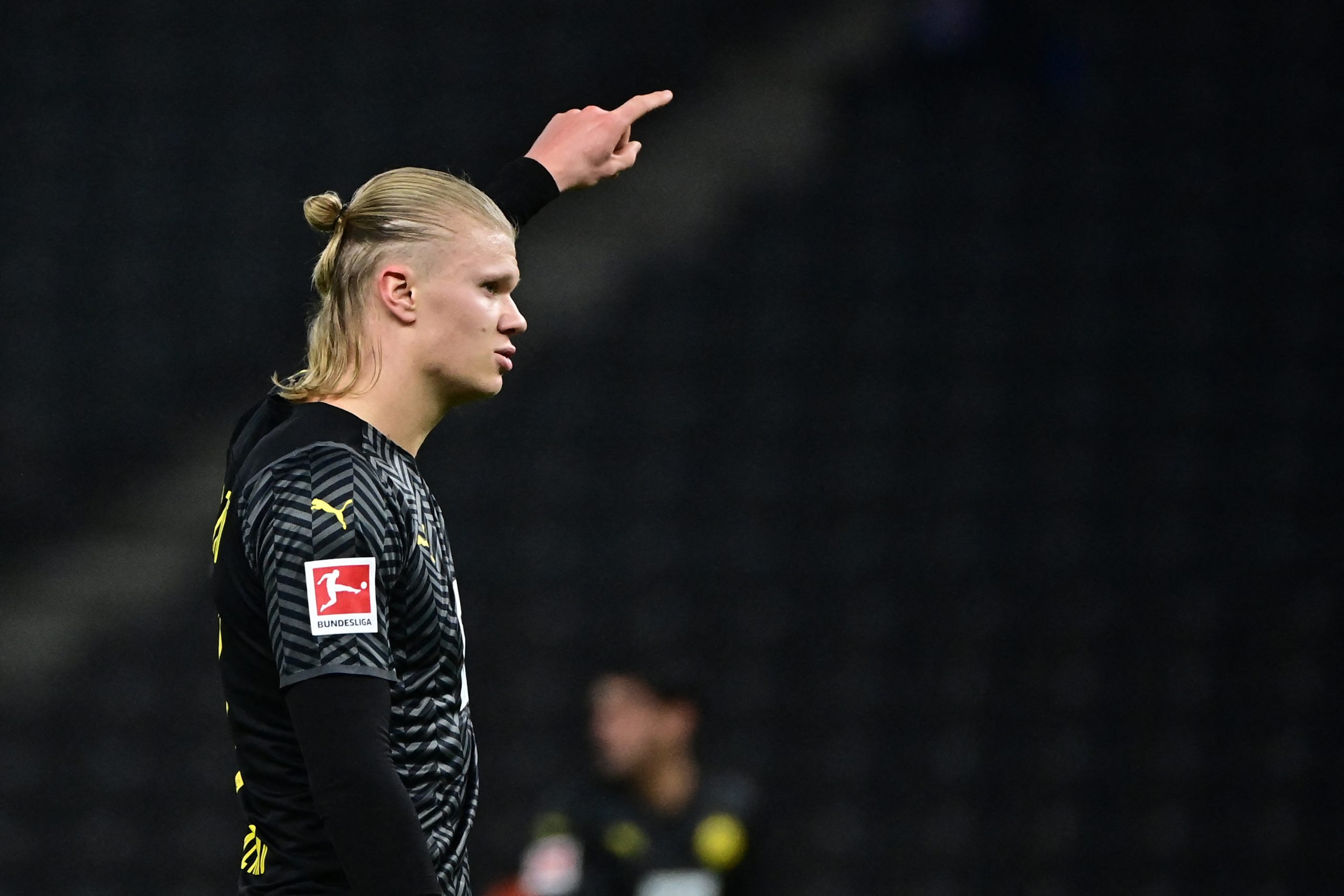 By this time, it is no secret that Barcelona president Joan Laporta is desperate to make Erling Haaland his marquee signing for the summer of 2022.

The 21-year-old’s goalscoring exploits at RB Salzburg and Borussia Dortmund over the past three years have made him one of the most prolific young strikers in the game.

Almost all top clubs in Europe have their sights set on a summer move for the Norwegian international as a €75 million release clause is set to kick in. Nonetheless, signing him would take a huge financial commitment considering the salary that he would demand and the agent commission.

Nevertheless, Laporta remains intent on going all-out for Haaland’s signing, with recent reports even hinting at Barça potentially taking out a massive loan to fund a move.

Now, Deportes Cuatro is reporting that the striker’s agent Mino Raiola has an agreement with Laporta wherein he has assured the Barcelona president that Haaland will join the Catalans in the summer as long as they are capable of raising the necessary funds.

Raiola and Laporta have had multiple meetings in recent months to negotiate a deal. The pair’s good relationship was always believed to put the Blaugrana in an advantageous position as far as the race for Haaland’s signing was concerned.

And that seems to be the case if the aforementioned report is to be believed. It states that Raiola and Laporta have a ‘transfer pact’ to complete the deal for the Dortmund striker if the Catalans can come up with the funds.

The report further adds that a prospective deal worth €100 million could already be in place, with Barça offering him a €30 million contract on a three-year deal with an option of an additional two years.

Laporta wants to sign the 21-year-old hitman as a direct retort to arch-rivals Real Madrid, who are expected to land Kylian Mbappe from PSG. Los Blancos are also in the hunt for the signing of Haaland, but it has been claimed that the Norwegian would prefer a move to Camp Nou to avoid sharing the spotlight with Mbappe at the Bernabeu.

The Barcelona president seems confident of pulling off the deal. However, it remains to be seen if he can raise the capital necessary to complete the signing of Haaland.