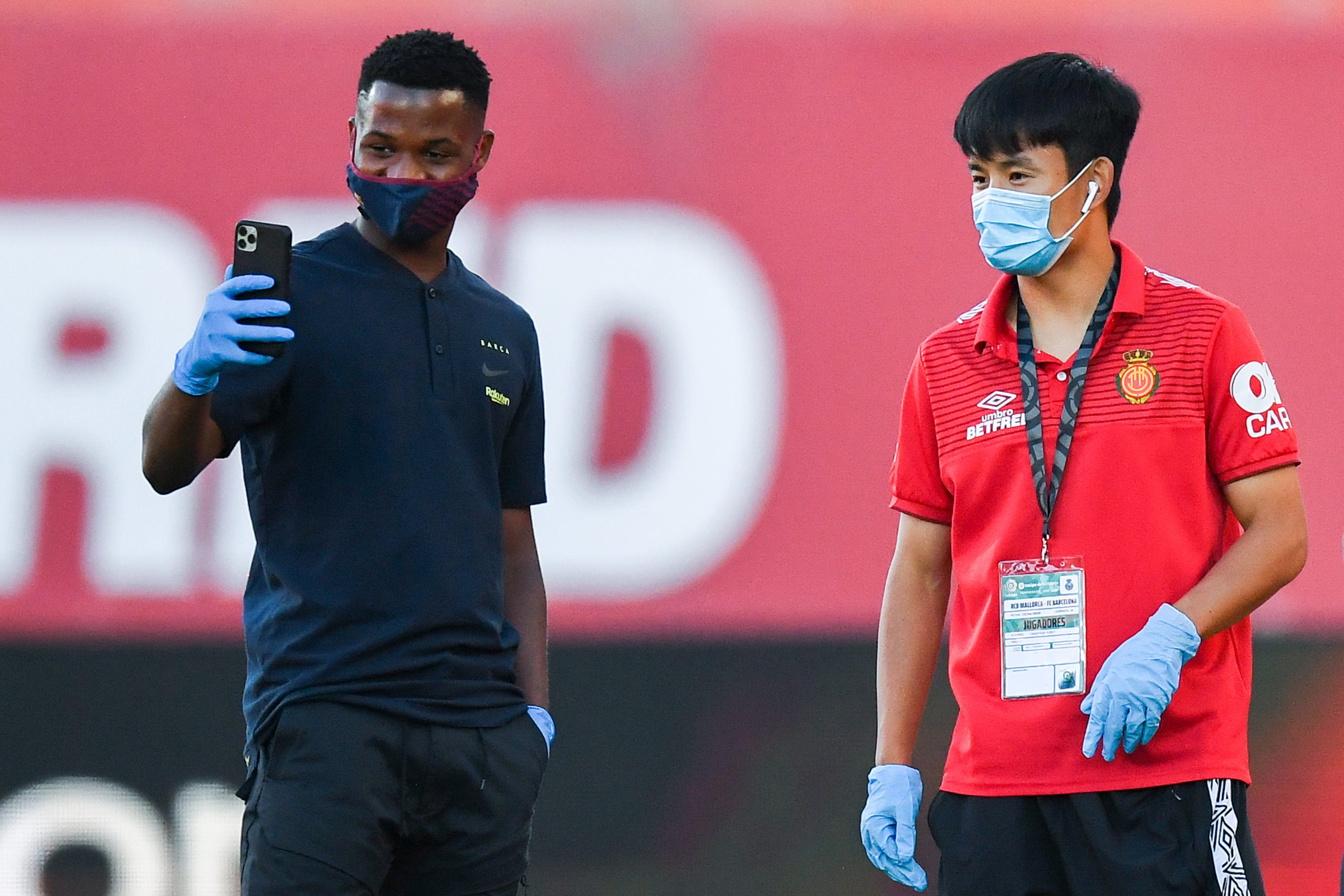 Real Sociedad and Japan winger Takefusa Kubo has revealed that Barcelona duo Ansu Fati and Eric Garcia are his favourite players in the Spain national team ahead of their World Cup showdown.

Japan and Spain have been drawn in the same group at the FIFA World Cup 2022 and will lock horns with each other on December 1.

And Kubo, who is an important player for the Japanese national team, will come up against the aforementioned Barcelona pair during that encounter.

Kubo, 21, is no stranger to Fati and Garcia, as he played with them at Barcelona’s La Masia academy. The Japanese international spent four years at the Catalan club’s youth setup between 2011 and 2015 before returning to his homeland and joining FC Tokyo.

After four years in Japan, Kubo returned to Spain, joining Barcelona’s arch-rivals Real Madrid, although he spent his entire time with the capital club out on loan before joining Real Sociedad permanently this past summer.

Speaking in an interview with MARCA, Kubo claimed that he had many friends in the Spanish national team but had not spoken to any of them ahead of the World Cup meeting.

And when pushed to name his favourite players in the Spain squad, Kubo said: “I would choose Eric or Ansu because they are my friends.”

“I don’t remember how long I’ve known them, but Eric was already there [at the Barcelona academy] when I arrived and Ansu, I think he came a year later,” the Real Sociedad and Japan attacker added.

Eric Garcia is a permanent fixture in Spain’s starting XI under Luis Enrique and is very much likely to start when Japan face La Roja.

As for Ansu Fati, his inclusion in the squad had been a doubt, but the manager decided to take a gamble on the Barcelona youngster. And following his performance in the friendly against Jordan last week, the 20-year-old could become a regular starter for Spain at the World Cup.