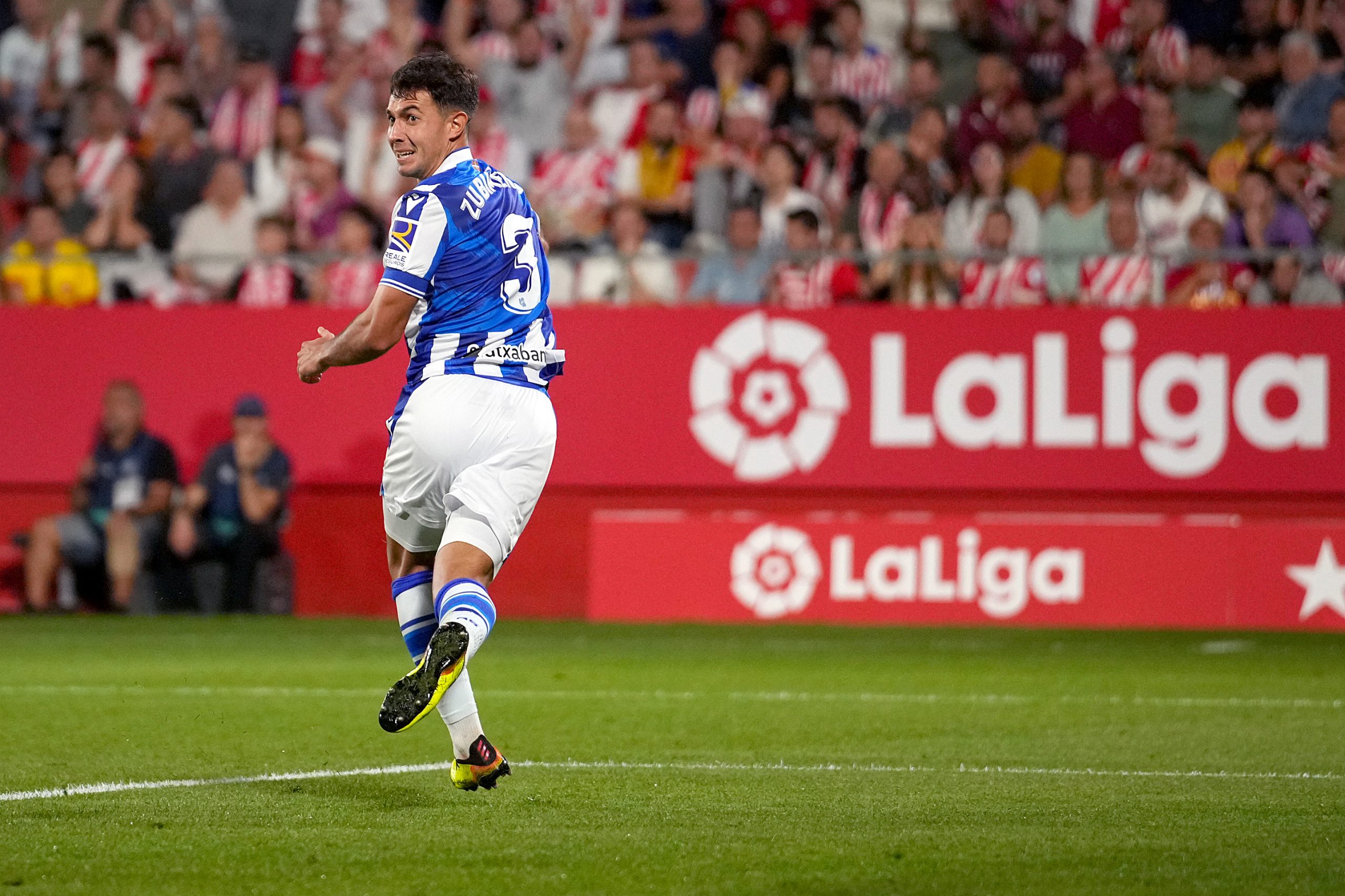 Speaking to Cadena SER, Real Sociedad midfielder Martin Zubimendi has claimed that he is not thinking about the interest from Barcelona and is focused on signing a new contract with the Basque club.

The 23-year-old Zubimendi has emerged as one of Barcelona’s top targets to replace Sergio Busquets next season. The veteran midfielder is in the final year of his contract at Spotify Camp Nou and is widely expected to move to the MLS at the end of the season.

And, Zubimendi has been identified as one of the main choices as potential replacements for the Blaugrana captain, with reports claiming that manager Xavi Hernandez approves the signing of the Spaniard.

However, of late, there have been indications that Zubimendi might be closing in on a contract. And the midfielder has confirmed the same, stating that it is only a matter of time before he pens an extension.

“Yes, I hope to renew. The harmony is very good. It is a matter of time. Now I have to focus on all the games to come,” he said.

When asked about the interest from Barcelona in signing him, the midfielder responded saying: “I am not worried about Barça right now. I have to be focused on what is coming, which is a lot and very hard.”

Zubimendi’s current contract with Real Sociedad runs until 2025 and has a release clause worth €60 million. La Real are hoping to tie him down to the club until 2027 and increase his release clause to €90 million. And the midfielder seems happy to stay at San Sebastian.

This development will come as a blow for Barcelona, who were looking at Zubimendi as a serious contender to take over from Busquets from the following season.

However, the Blaugrana have not put all their eggs in just one basket and also have Ruben Neves of Wolves as an option to replace their club captain at the base of the midfield from next season onwards.