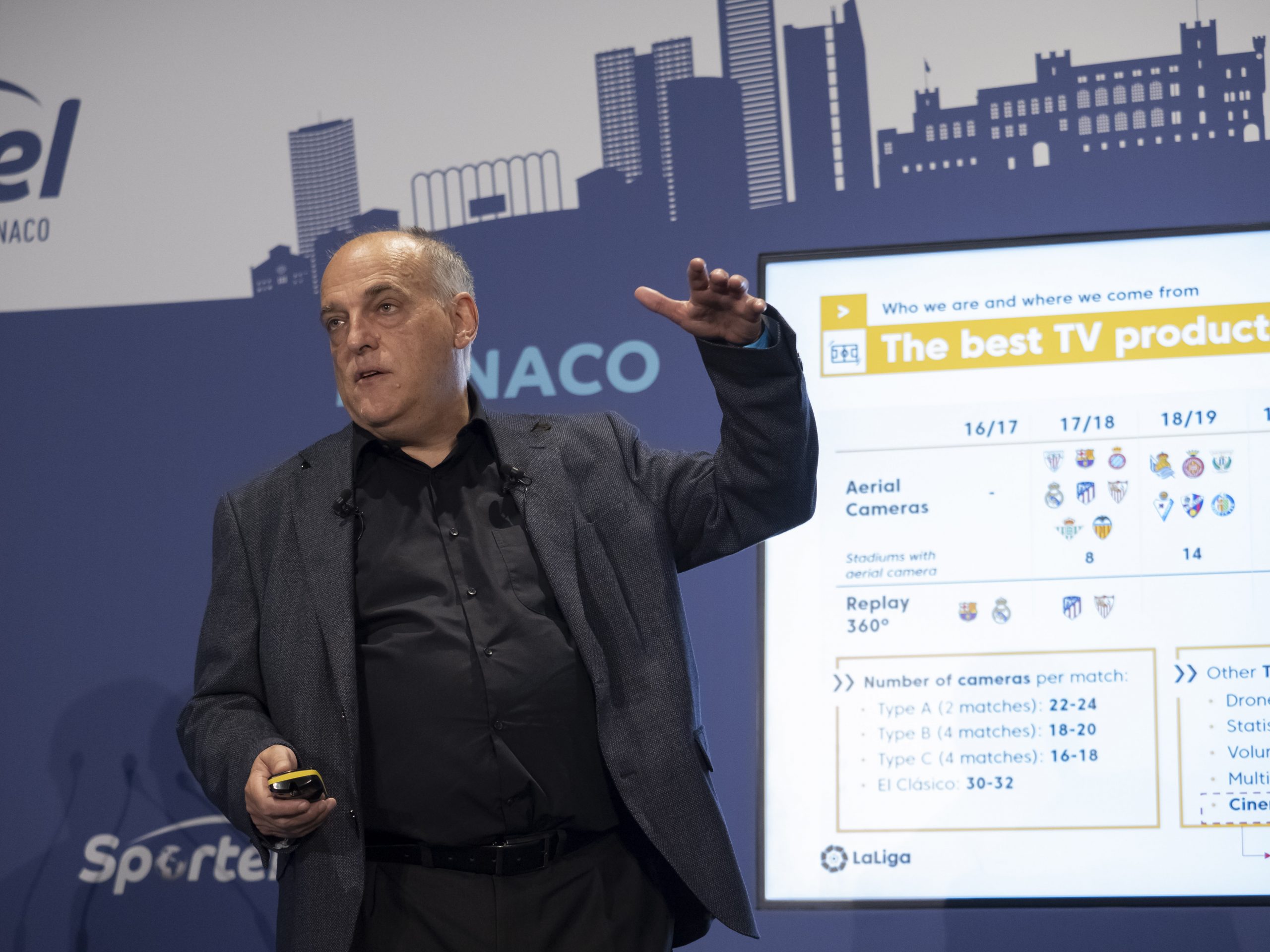 Speaking to COPE, La Liga president Javier Tebas has claimed that Barcelona can pull off the signings of Robert Lewandowski and Bernardo Silva after deciding to activate the ‘economic levers’.

It has been a frustrating summer so far for Barça, with the club’s financial situation hampering them from going after their preferred targets.

Now, though, Tebas has made some positive statements about Barcelona’s situation, claiming that the club are in a position to make several statement signings after deciding to activate the economic levers, which should boost their economic situation.

“If Barcelona manages to activate the economic levers, they will be able to sign Lewandowski, Bernardo Silva and some others too,” Tebas said.

Further talking about the topic, the La Liga supremo said: “They are approved by the Assembly and now they have to execute them, get a fund that it seems they can get with the tv rights and the sale of BLM.

“They know the numbers and if the levers produce that capacity, there can be those signings and some more.”

Barcelona recently received the approval of their board members in an assembly vote to sell stakes in the club’s assets to generate revenue.

The Blaugrana are now poised to go ahead with the sale of a 49.9% stake in the BLM wing and the TV rights, which should help them emerge out of the economic crisis and secure the signings that they are targeting.

Robert Lewandowski is the priority target for the Catalan heavyweights, while they are also looking to make moves for Jules Kounde of Sevilla and Manchester City superstar Bernardo Silva. It remains to be seen if they are able to capture the services of any of their top targets.