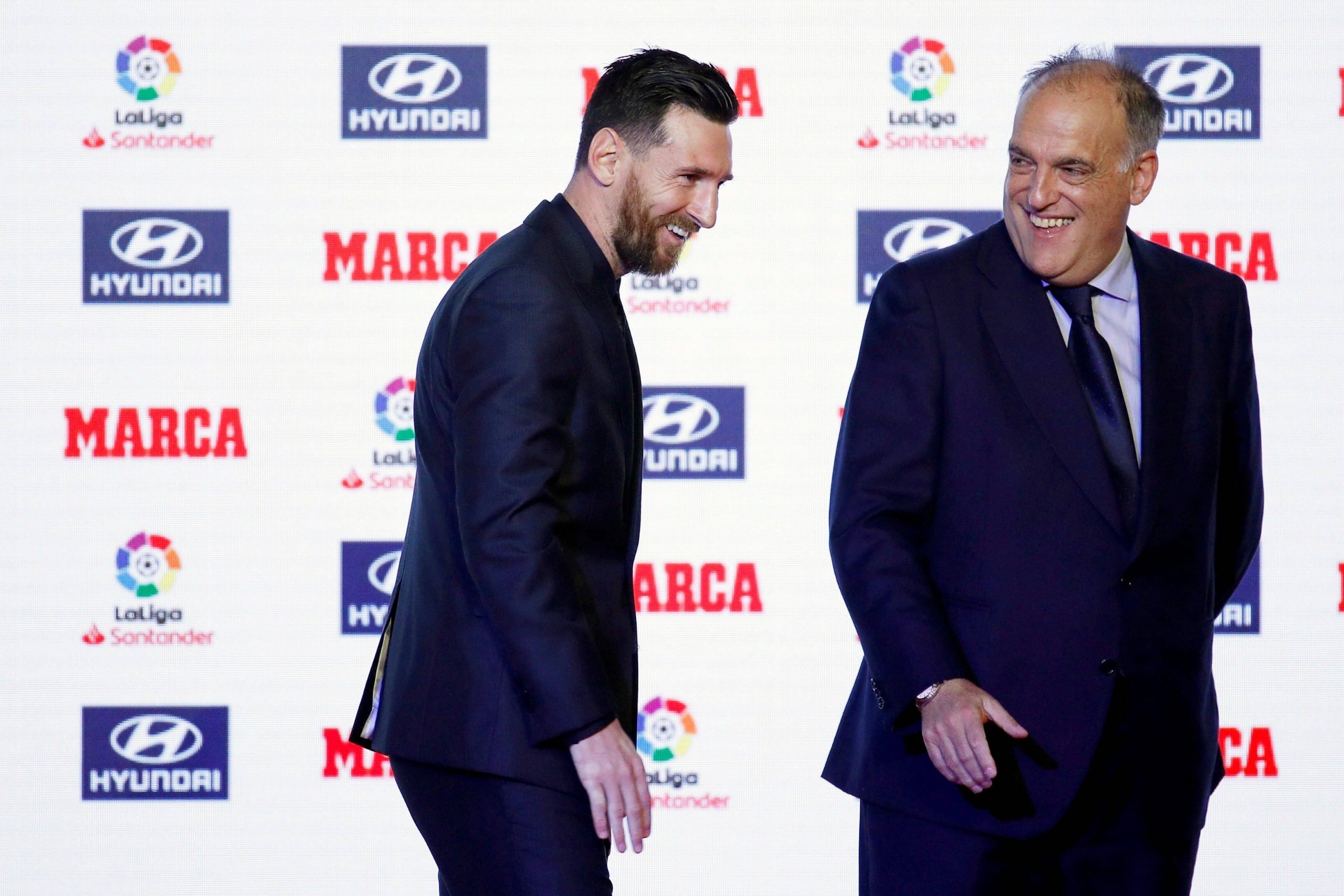 The La Liga president, Javier Tebas has claimed in his latest interview with Diario AS that Lionel Messi is “the best player in history” and has urged the Argentine to continue with FC Barcelona.

The race for La Liga has lighted up in recent weeks. With leader Atletico Madrid dropping points, the chasers, especially Barcelona have put their foot on the accelerator and have reduced the gap to just 4 points.

Even though we could be in for one of the best finishes to a Spanish domestic season, the focus undoubtedly remains on the future of the best player the league has ever produced.

Lionel Messi, having expressed his desire to leave Barca at the beginning of the season has since chosen to stay and see out the last year of his contract. However, his future remains up in the air and several European giants are closely monitoring the situation.

Javier Tebas has constantly pushed for Messi to stay in Spain but has also refused to accept that the league would suffer any damage if the Barca star were to leave by giving examples of Cristiano Ronaldo and Neymar.

In his interview, Tebas reiterated his thoughts saying that Messi should continue to be associated with Barcelona in the twilight years of his career to keep his ‘brand’ intact.

“If I were Messi’s advisor I would tell him, ‘Stay at Barca’. I want Messi to stay. He is the best player in history. If you are thinking about his last years of football, he should continue to be linked to the Barcelona brand.”

He added that the six-time Ballon d’Or winner should stay with his roots and finish off where he first began: “He started at Barcelona and I think he should continue at Barca. If I was his advisor, I would tell him he must do everything possible to stay at Barca.”

While it remains to be seen what Messi will finally decide, the recent events at the Camp should give plenty of hope to Culés around the world.