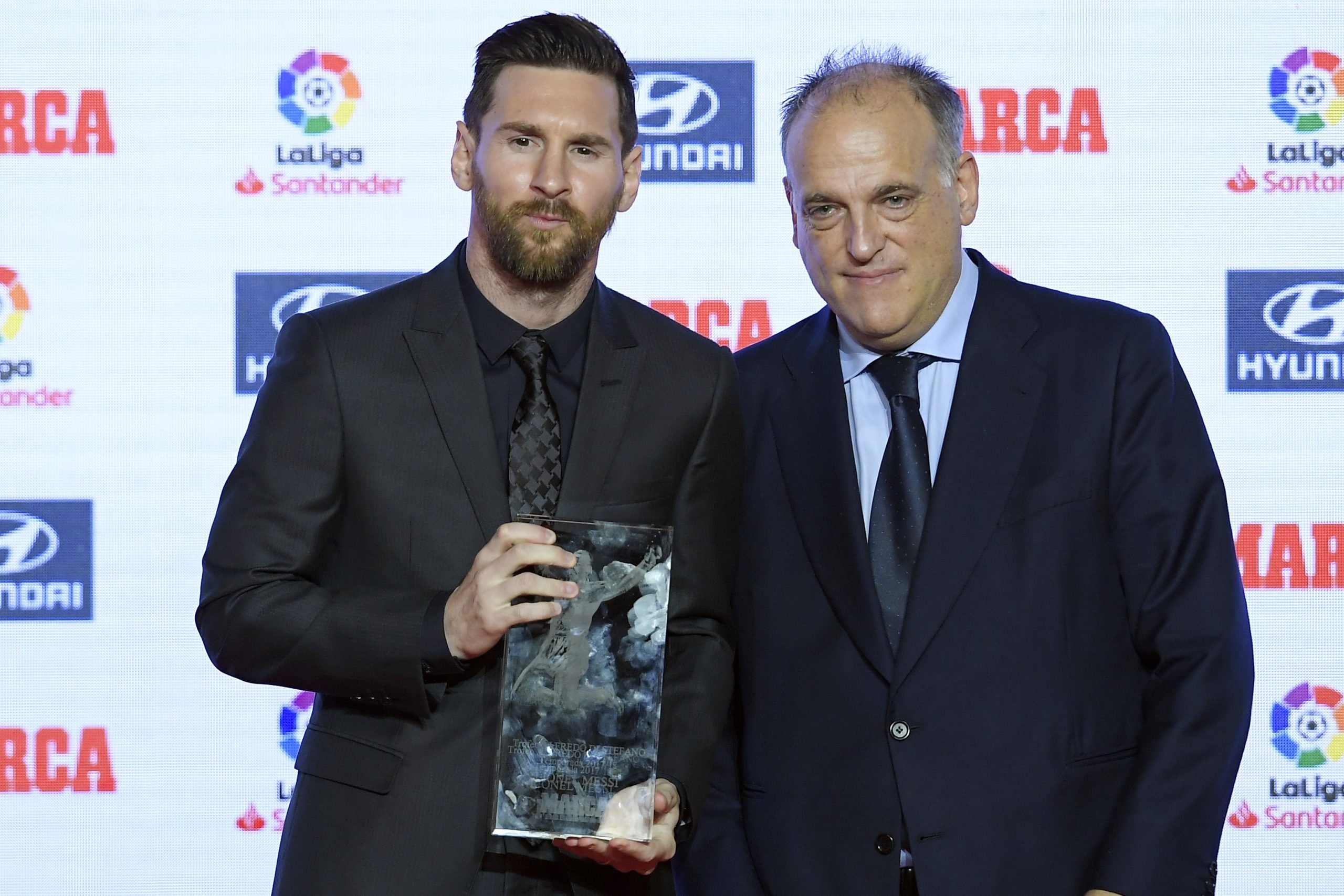 Javier Tebas, La Liga’s president, spoke in an interview with AFP. The 58-year-old believes that even though the Spanish league appreciated Lionel Messi’s greatness for quite some time, the Argentine needs to think about what he will do in the future.

Messi was close to an exit from Barcelona in the summer transfer market, but decided to stay because he did not want to take his issue with president Josep-Maria Bartomeu’s management to court.

According to Tebas, Messi did the correct thing by staying, as the chief thinks that the 33-year-old would have ‘damaged his reputation’ if he decided to leave.

“We’ve been lucky to enjoy him for so many years but Messi should think very carefully about what he does next.


“If Messi left Barcelona, that reputation he has now and that has worked so well for him would be very damaged. It’s true he could get a better offer financially but with the reputation he has after more than 20 years, I think he has to hold onto that.”

Tebas believes that it is not players that define a League, but rather the League itself, referring to the departures of Cristiano Ronaldo and Neymar Jr.

“It wouldn’t be a drama if Messi left. Cristiano Ronaldo left, Neymar left. Neymar went to PSG and I haven’t seen the French league reaching a super level because of him.


“That’s the reality. People who think the players are the ones who define a competition are wrong and I’m glad they think that way because they won’t grow.”

It remains unknown whether Lionel Messi will stay in the Spanish competition after this season, but Culés are confident that the Argentine can be convinced with a new board — which is on its way with the ‘vote of no confidence’ against Bartomeu.