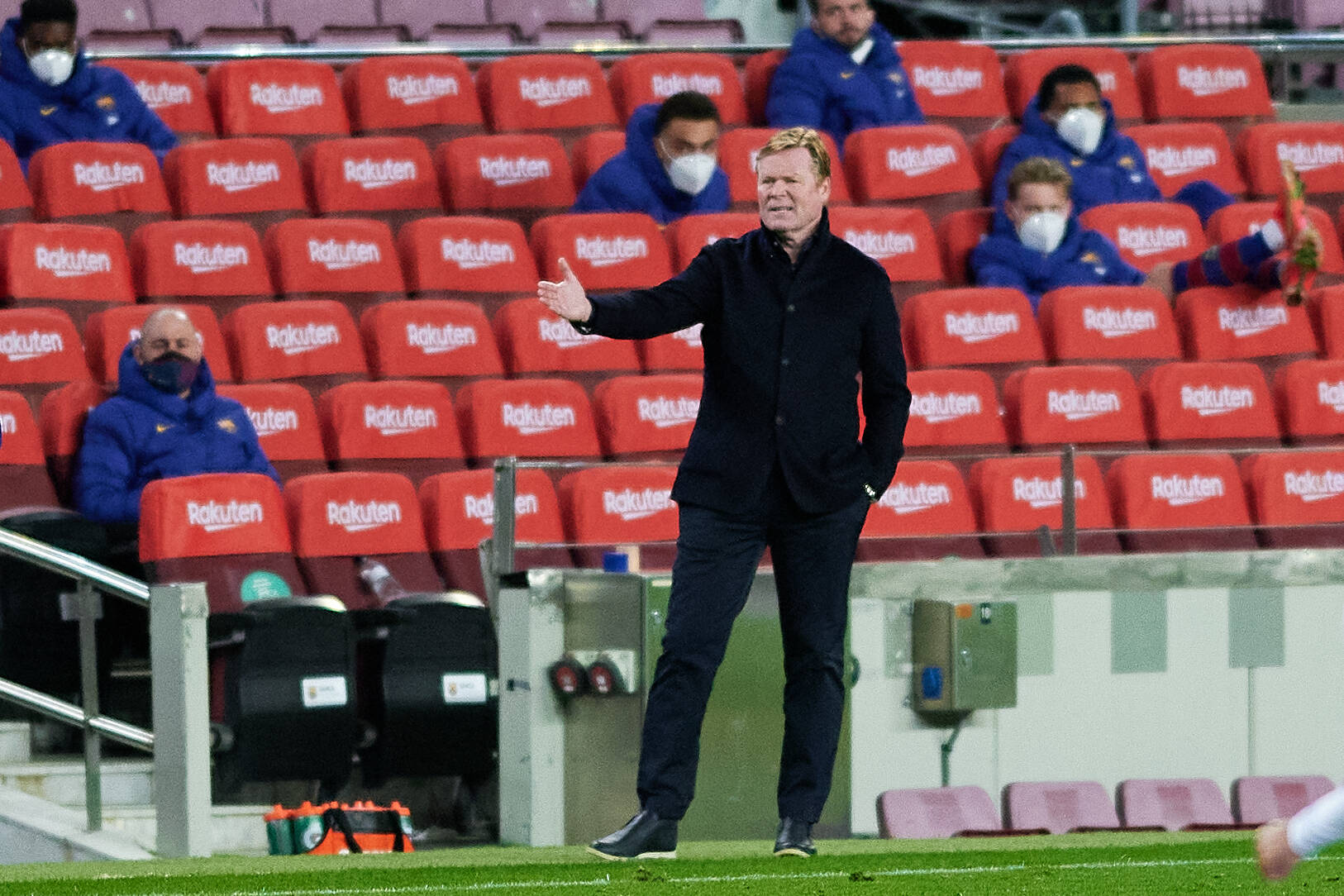 Barcelona are going to go head-to-head with Real Sociedad for the third time this season as they hope to keep building pressure on the leaders Atletico Madrid. The gap, which, right now is at four points, can be reduced within the span of two games if Barça avoid slipping. Ahead of the game at Anoeta, Ronald Koeman spoke to the press about the game and everything surrounding Barcelona.

He started off by commenting on facing Sociedad for the third time this season, having already beaten them once in the league and in the Spanish Super Cup: “It’s the third time we play Sociedad this season. They are a very strong side and definitely one of the best teams in this competition.”

Barcelona’s former interim president Carles Tusquets spoke highly about Koeman recently, suggesting that the Dutchman did not mind his payments delayed. Koeman was asked to comment on Tusquets’ statement, to which he replied, “I know Tusquets very well. We talked a lot. As coaches and players, we should know the current economic crisis and try to help as much as possible. I’m happy here.”

Barcelona are closing in on the domestic double this season, having reached the finals of the Copa del Rey as well. Speaking about the possibility of winning two trophies in his maiden year, Koeman said, “I don’t like to talk about the double, because everything happens so fast. We have to play a game and then the talk comes. We still have a lot to work on to win.”

The headlining comment in this pre-game presser was about Erling Haaland. The Norwegian has been linked to Barcelona ahead of a move away from Borussia Dortmund, but with several other clubs in the race, it will be far from an easy task. Koeman, though, refused to comment about Haaland: I don’t think this is the right time to talk about a player who is not in Barcelona, I don’t want to talk about it and I want to focus on tomorrow’s match.”

Barcelona B will soon have fans back to watch their games, and Koeman agrees that this decision is the right move ahead: “I think it’s important that the fans get back on the field. This is a step forward.”

As the league race continues to get tighter, Barcelona must retain their best players, especially with the task of facing Real Madrid on 11th April. Lionel Messi and Frenkie de Jong are both on the verge of suspension. Koeman commented on this situation, saying “It is what it is. Hopefully they won’t get a yellow card so they can continue playing. If they can’t play, we have to find replacements.”

Joan Laporta, during his inaugural ceremony as Barcelona president, expressed his confidence towards Koeman, and apparently, that was not the first time he had done it: “It is important to highlight our work. Laporta already told me after the Paris game on plane that he has confidence in me, but this may change if there are no results. And we have to keep working and hopefully it will last for a long time.”

Club football will be put on hold for nearly two weeks as the International Break approaches. Koeman talked about how Laporta and him will be preparing for the break and the matches ahead, saying “It is true that after tomorrow’s game, we have a break and we will have time to talk about the future of this team. We will take advantage of these two weeks to talk about players, signings, getting to know each other, etc.”

The presser ended with a statement about Ansu Fati, who has been injured since the start of November. Barcelona fans miss him dearly and his absence is felt on the pitch as well. Koeman gave an update on his recovery, saying, “He is working in the gym and will continue in the following weeks, but he is young and it is important that he recovers well.”