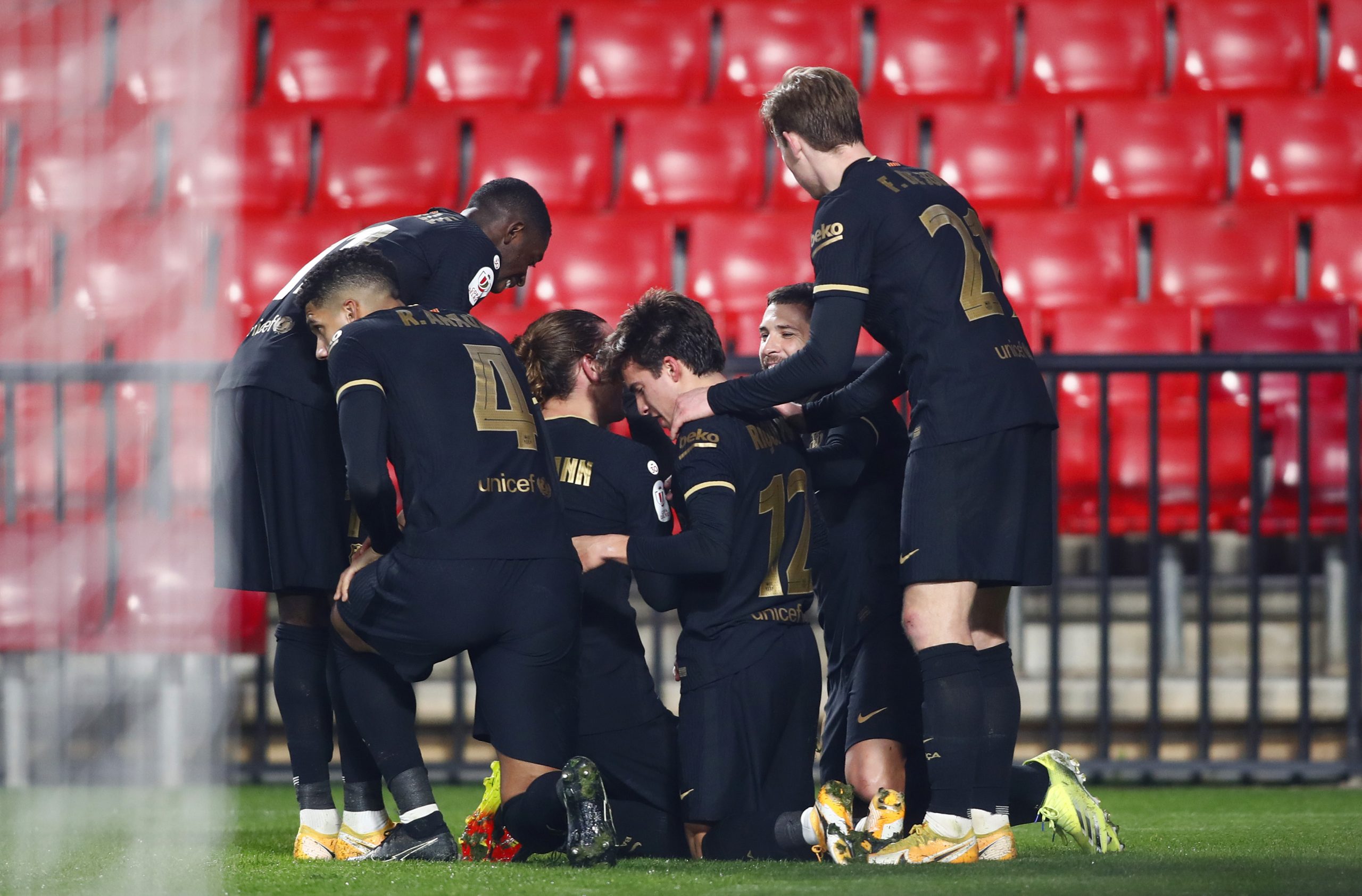 There seems to be something different about FC Barcelona of 2021. Maybe it is due to the fact that Ronald Koeman has integrated a winner’s mentality into the squad, one that he boasted himself during his playing time, or maybe due to the fact that the individuals are fed up of all the controversies that keep flying around under their name. Or, maybe, it is a honeymoon period.

Either way, credit where credit is due, Koeman has been absolutely massive at the helm lately. Following the comeback against Granada, the Dutch manager spoke to the media in high praise of the team.

On the comeback win: “It was an incredible game. We started very well. We conceded one goal, but we kept trying and we conceded the second. We kept going and managed to do it. It was incredible.”

On Antoine Griezmann’s form: “I am happy for Antoine, he has worked a lot. We are more dangerous with him.”

On the attitude on the pitch: “Today we have shown character. It was a very exciting game.”

On the possibility of winning all three titles: “Winning La Liga, the Champions League, and the Copa del Rey, in my eyes, is not realistic. But with this character we’ve taken an enormous step to be in the semi-finals and be able to aspire to win this title.”

On Di Maria’s statements about Messi: “Di María’s statements saying Messi has many possibilities to go to PSG? It’s a lack of respect from the people at PSG to talk about Messi so much. It’s not fair nor do they show respect for a player who is still at Barça.”

On the team finishing off chances, albeit late in the game: “I’ve always had faith in the team because we’ve created so many chances. It’s been an unbelievable effort on the part of the players.”

On Jordi Alba’s attacking returns: “Alba is really important in our game. It’s not in my hands, but I hope he’ll be able to get called by the National Team.”