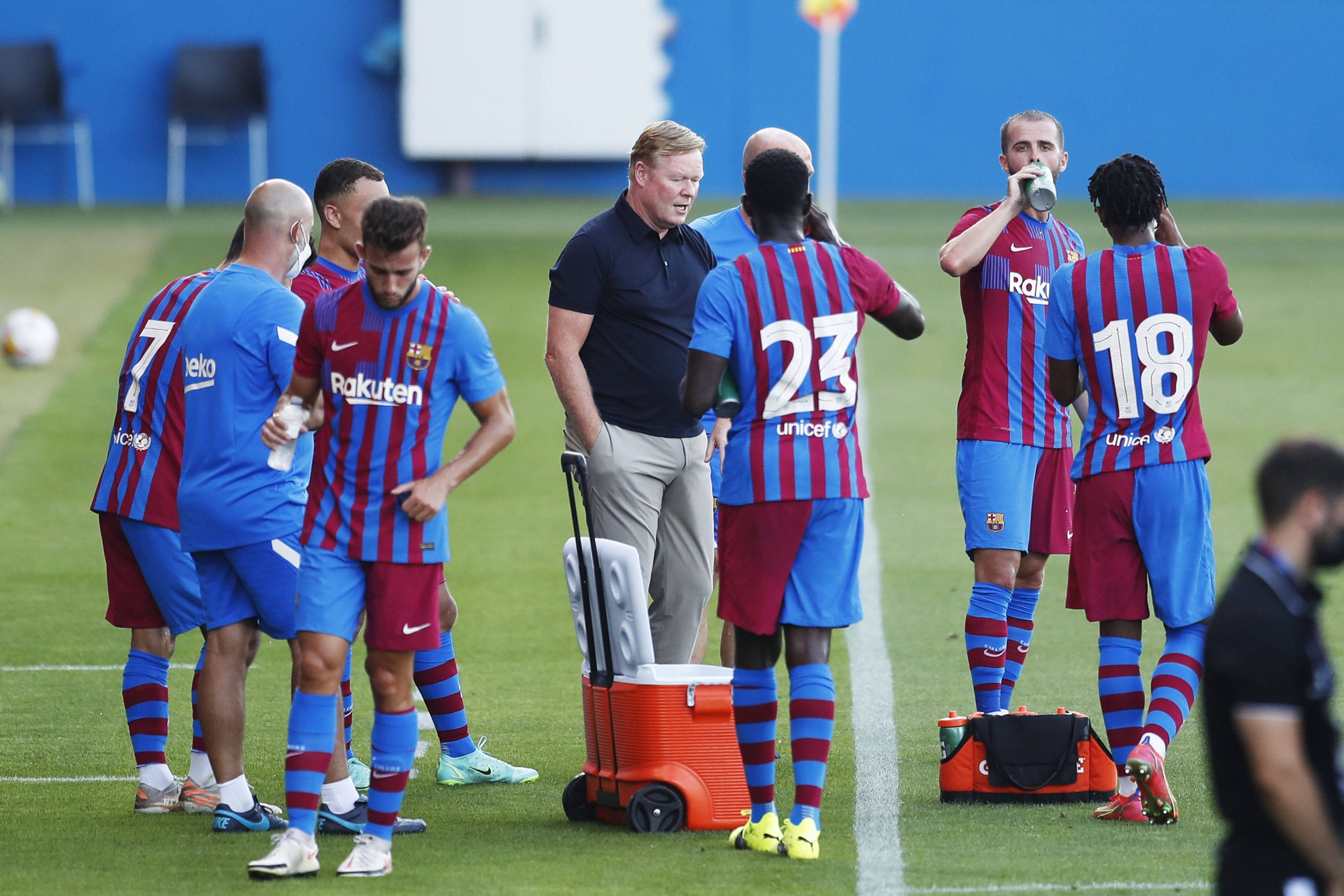 If there is one thing to be learnt from Ronald Koeman’s first season at Barcelona, it is his confidence in the youth.

Last season, the Dutchman not only bet on Pedri, Oscar Mingueza, Ronald Araujo and Ilaix Moriba but also made many of them starters by the end of the season.

The preseason is the perfect time to identify young assets and decide whom to bet on for the first team. Mundo Deportivo reports that Koeman has identified four players to provide opportunities with the first team.

The first of the four is Yusuf Demir. The Austrian forward was signed for the B team this summer but has impressed the manager and staff in training.

In the opening two games, the 18-year-old has sizzled in the front line. His cohesion with the team has been one that very few players can boast of. The idea of stepping him up to the first team may pay off tremendously.

The second player on the list is Alejandro Balde. Barcelona have looked far and wide for a player to provide Jordi Alba competition, and it seems the coach has found the answer in the B team.

The 18-year-old has shown composure and flair in the preseason so far. Moreover, he has been dynamite going forward. With the vacancy in the first team still not filled, Balde could well be in the first-team plans.

The 16-year-old Gavi lit up the field against both Nastic and Girona. His initiative driving forward with the ball especially is of great appeal to the manager.

Barcelona have a lot of stars in the making and identifying the creme-de-la-creme is the first step. Barcelona could hope to have four new match-winners come the end of the season.