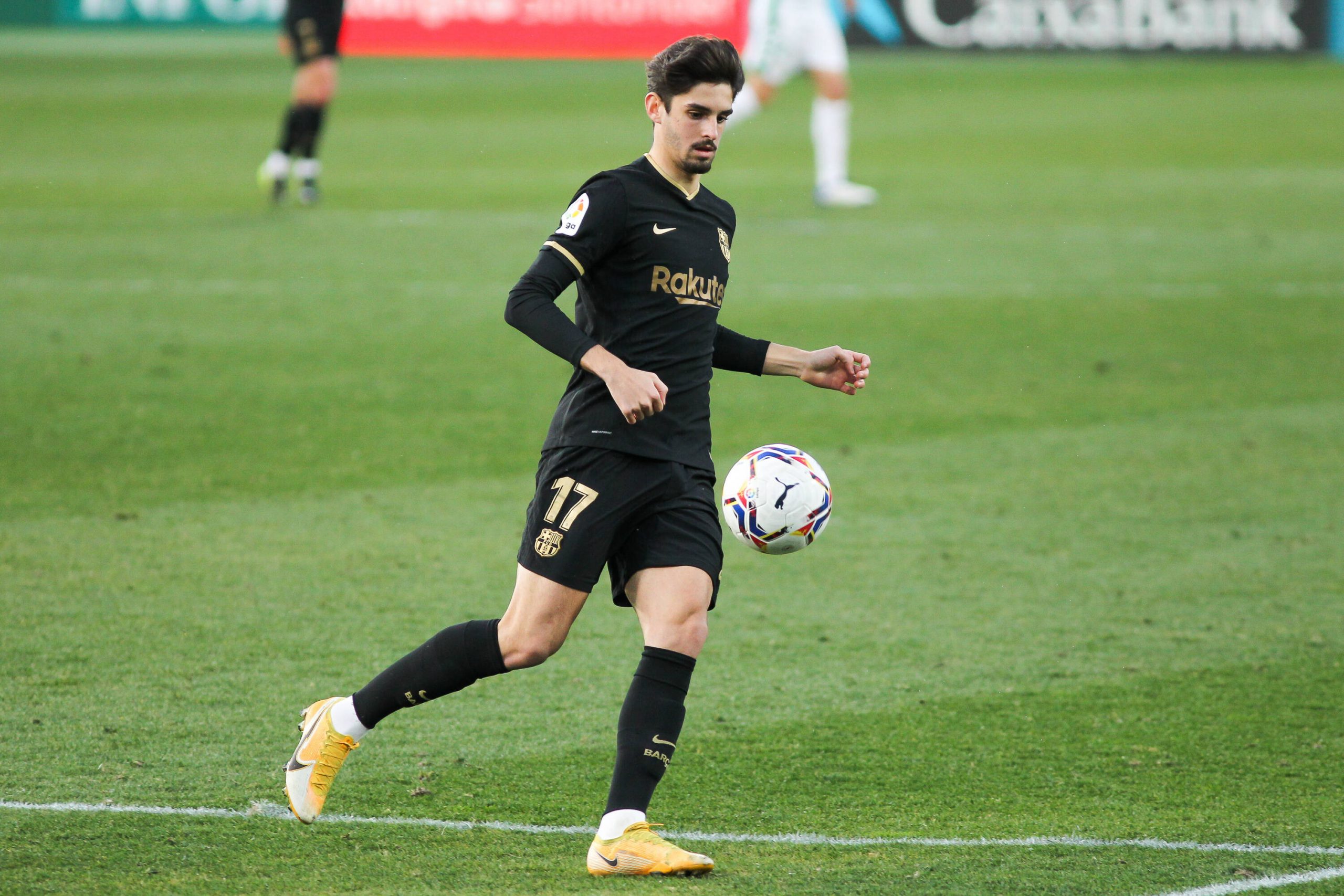 Barcelona is full of players who provide a complex case. Be it the inconsistent case of Antoine Griezmann, the injury trouble of Ousmane Dembele, or the Fransisco Trincao, who looks like a different man since arriving from Braga in the summer of 2020.

Hailed as a future Ballon d’Or winner by Portugal and Atletico Madrid legend Paulo Futre, Trincao looks like a shadow of his former self at Barcelona. Every time he takes on the pitch, the Portuguese looks less confidence than the game before and despite coming close to scoring on multiple occasions, has been denied by either his own undoing or a goalkeeping masterclass.

Ronald Koeman seems to trust him enough, though, to bring him on in each game, believing that he has the potential to change games on his own even though he might not be doing them right now. Owing to the same, Koeman has asked for more determination from Trincao, according to a report published by Cat Radio.

The report states that Koeman talked to Trincao after the game against Cornella, asking him to show more determination and audacity. Even the dressing room was optimistic about the player’s reaction after the pep talk.

Trincao has played 16 games in the league, but none of them have been starts. In fact, he averages no more than 20 minutes per game, during which the 20-year-old has given just one assist, and unfortunately missed three big chances. He has come off the bench 14 times in a row now, with the record for La Liga at 16. With Athletic Bilbao and Real Betis next on the list, Trincao may be en-route to equalling the record at the very least.

The jump to a top-five league, no less the biggest league according to UEFA coefficients, has proven to be too huge for Trincao, but he has shown glimpses of a top-class footballer, going past defenders with slickness and cutting in constantly.