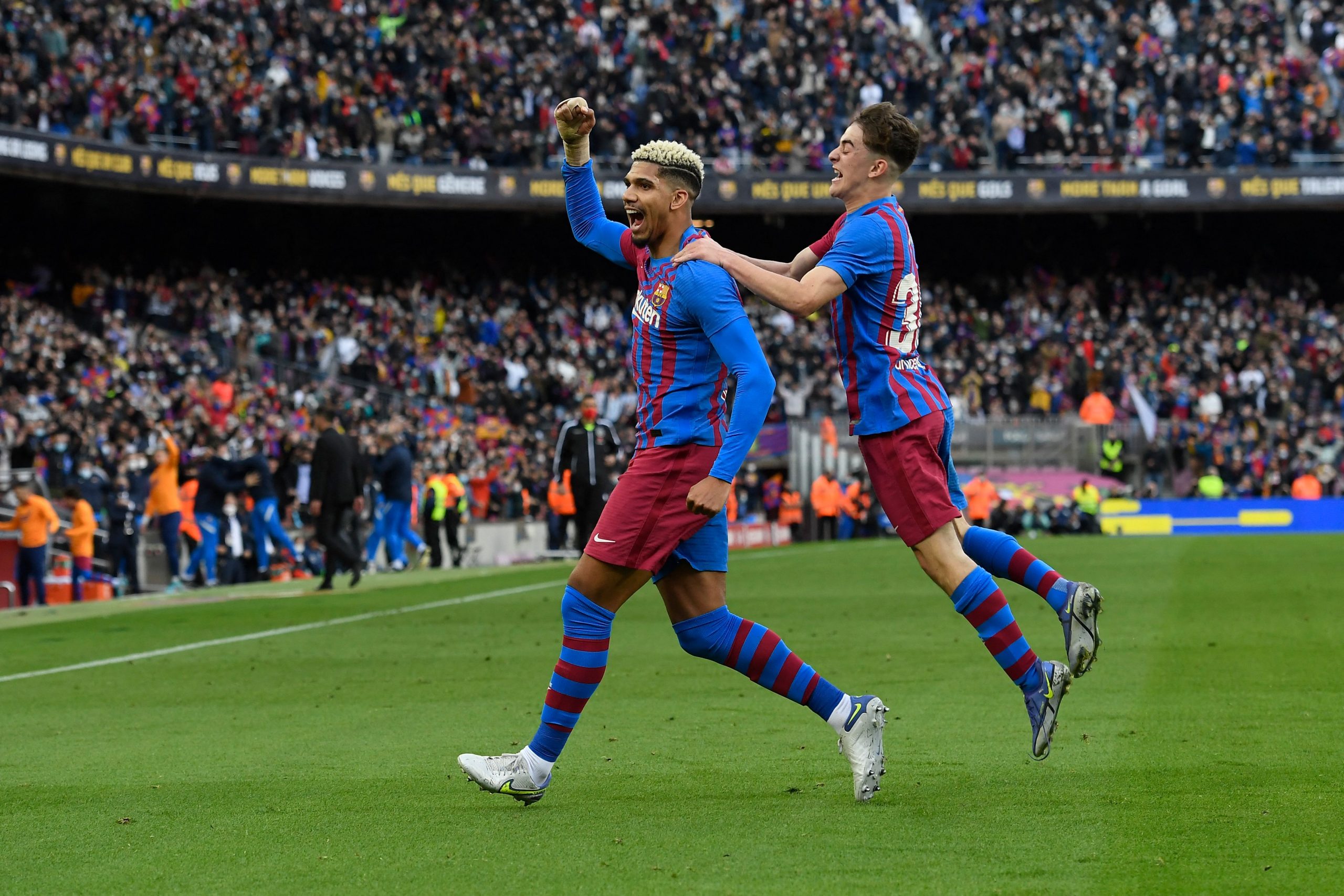 Barcelona are bracing themselves for an important summer ahead. After having their spending limit reduced to -€144 million by La Liga, the Catalans are in desperate need of new sponsorship deals to cut back on losses.

Barca are also expected to rely on player sales to generate effective revenue. And while the club would be keen on offloading unwanted stars such as Antoine Griezmann, Philippe Coutinho and Samuel Umtiti, there are others the club could lose unwillingly.

Indeed, a recent report from Calciomercato (h/t Fichajes) suggests Juventus are keeping close tabs on Barcelona’s situation and could make a move to land Ronald Araujo and Gavi in the summer.

The Bianconeri are aware of the two youngster’s contract situation. Their current deals at Camp Nou expire at the end of next season, with Barcelona having very little success in renewing their contracts.

Ronald Araujo, for one, is presently one of the most undervalued players in the Barcelona team. He earns significantly lower than other defenders despite being a first-choice centre-back alongside Gerard Pique.

Araujo is, therefore, clamouring for an improved contract, but Barca haven’t been able to entice with him a lucrative deal, and the situation is getting seemingly complicated.

Gavi is facing a similar situation as Barcelona remain reluctant on meeting the hefty wage demands of these two individuals. Currently regarded as one of the most gifted young midfielders in Europe, the 17-year-old is reportedly asking for a salary on par with Pedri and Ansu Fati.

However, the Catalans are not in a position to do so, especially in the wake of a financial crisis. It has led to an impasse over contract negotiations, which, in turn, has alerted Juventus.

The Bianconeri have built a reputation for taking advantage of market opportunities, and in Gavi and Araujo, they could find themselves two youngsters who are more than capable of improving the team.

But with both the players somewhat still committed to the current Barca project, it remains to be seen whether Juventus can land any of them in the upcoming summer transfer window.