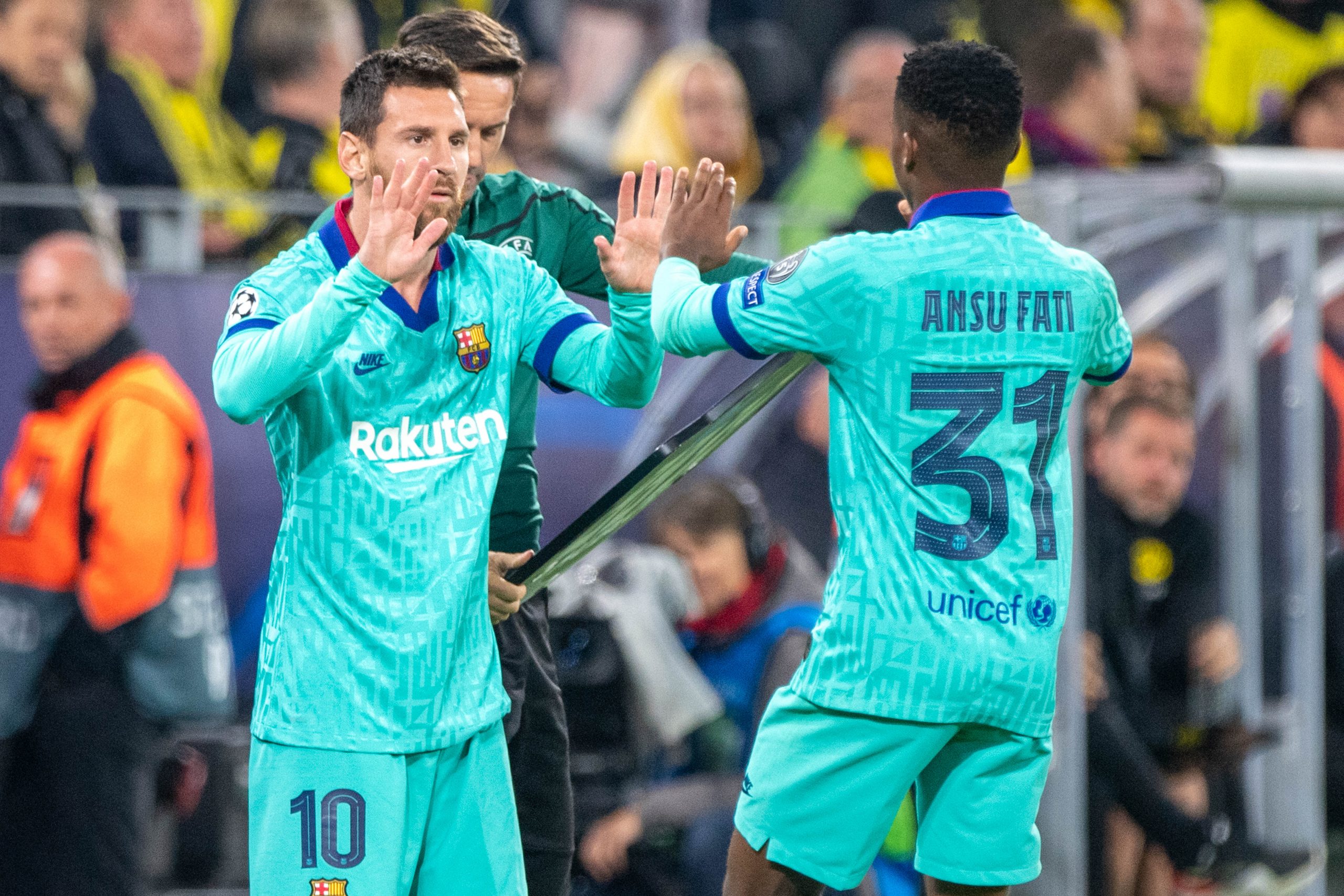 The untimely departure of Lionel Messi from Barcelona seems to have created a never ending vortex at the club which deepens in the form of conspiracy, news, and each passing presser.

The latest news, coming from ARA, claims that Jorge Messi -father and agent of Lionel Messi- asked Joan Laporta to sell one of the youngsters at the club for a high price in order to register Leo.

Furthermore, it says that the club took him up on this idea and considered offloading Ansu Fati, but eventually decided against it.

Messi wanted to stay at the club but was unable to, owing to financial concerns. Selling Fati would have not only allowed Barça to re-sign him, but it would also allow a large transfer amount in, making space for a new signing next summer.

However, the cons of offloading someone as talented as Fati probably easily outweigh the pros of the financial upside.

This is especially interesting news now, since Fati has gone on to take Messi’s legendary #10 shirt at Barça.

After starting the season brilliantly, Fati was sidelined with a broken meniscus last season and is yet to make his return one year on. With a fantastic future and potential ahead of him, he would have fetched the club hundreds of millions.

His return is expected in the next couple of weeks, and in fact, could happen as soon as against Cadiz on 23rd September.