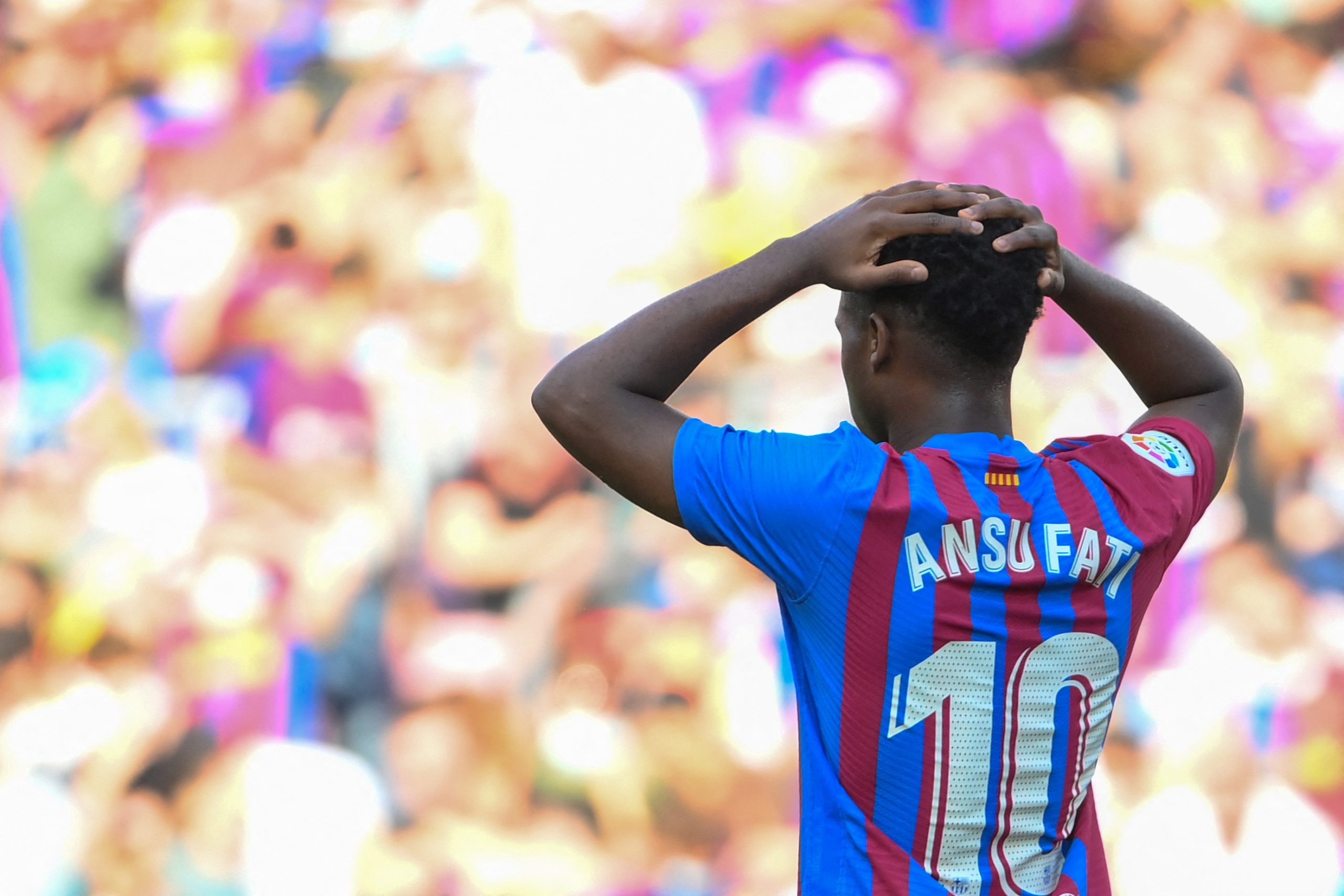 Ansu Fati is in a complicated stage of his career. After staying weeks away from the pitch, the youngster underwent another relapse – and this time things look much more worrying for him.

According to Mundo Deportivo, the 19-year-old does not prefer to take the surgery. Instead, he wants to bet on a conservative treatment. This would bring Fati earlier back to the pitches, but with the risk of going through another relapse.

The reasoning behind the La Masia graduate’s decision is that he ended up almost traumatized after going through the operating room three times last year.

The club doctors had advised the player the opposite – to take the surgery. Barcelona believe that this is the way to solve the problem effectively. However, this would keep Fati out for a longer period, which the winger does not want.

Meanwhile, professionals outside of the club who have treated Ansu lately also prefer going for a conservative treatment.

Fans are afraid that the player will go through another ‘Umtiti situation’, in which the French defender refused to get his knee injury, but meanwhile never made it back in form to the pitches.

To encourage Fati, Barcelona have set an example of Lionel Messi, who was seriously injured at the beginning of his career too.

As things stand, the Catalan club has few options available in the attack, rising the possibilities of acquiring an offensive player in the few remaining days of the January transfer window.