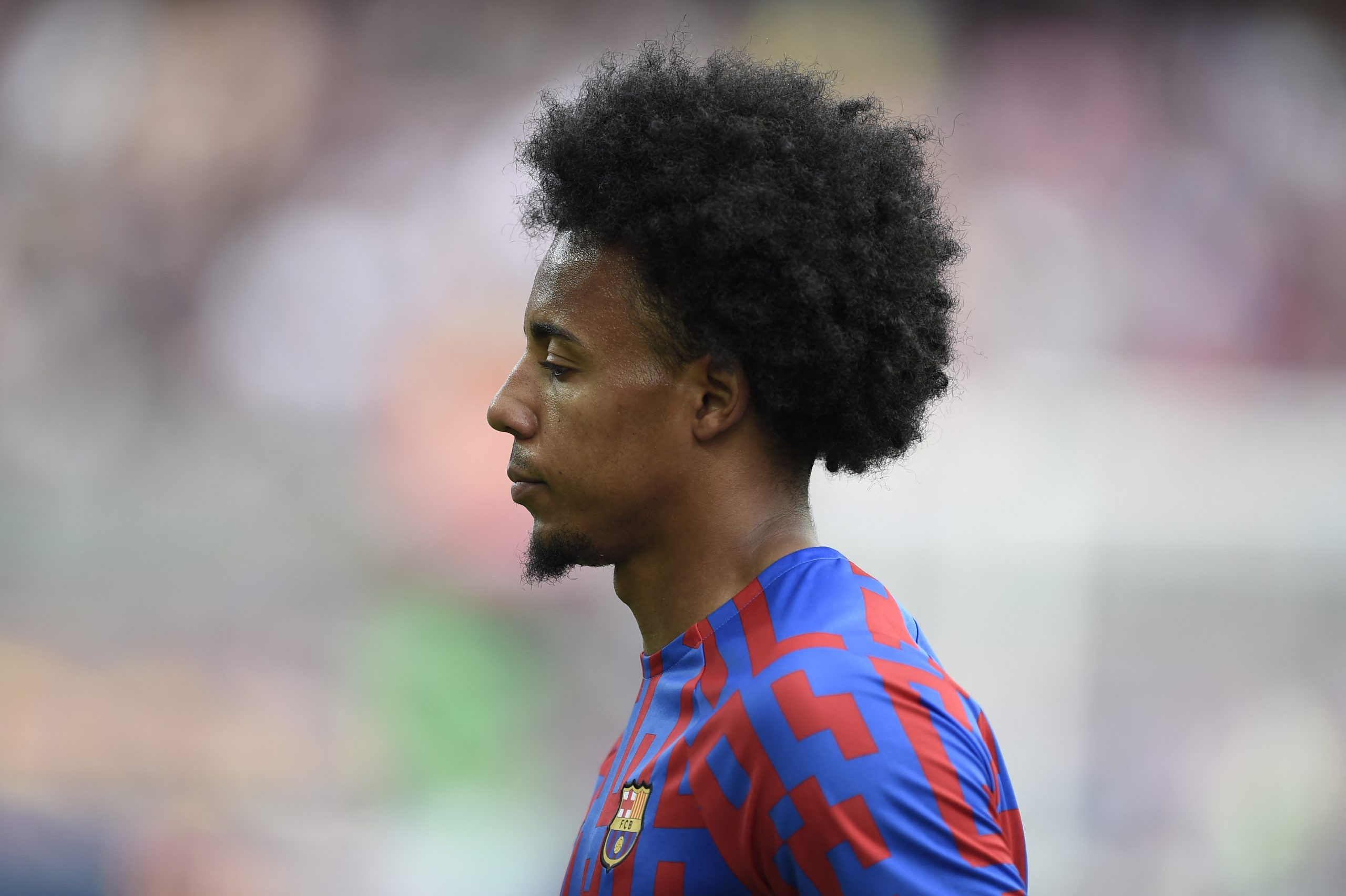 For close to four successive seasons, Barcelona struggled defensively and made sub-par recruitments in the transfer window. Year after year, the quality of the back-line went on declining until it hit rock bottom in Lisbon.

Heading into the 2022 summer transfer window, it was clear that the centre-back position was a top priority. Joan Laporta eventually brought in Jules Kounde from Sevilla and oversaw what can be called the biggest defensive signing for Barcelona in recent years.

In a recent interview with L’Equipe (h/t SPORT), the Frenchman spoke about his move to Catalonia in the summer and what led him to choose Barcelona over the other clubs in the race.

Kounde acknowledged that he had been in touch with former Chelsea manager Thomas Tuchel but was all praise for Xavi’s convincing talk that helped him make his decision.

Pundits across the globe have tagged Barcelona as a team in a ‘rebuild’ stage, but the centre-back outright refused to accept that notion.

“I’m coming to Barça for a new project, but I wouldn’t call it a rebuilding project. We already have a competitive team.”

The former Sevilla man then spoke about his drive to achieve great results with his new club and placed them amongst the best in the world.

“In the summer I was interested in being part of this new Barça team. I want to win titles and help Barça to be where they have always been, among the best clubs in the world.”

Kounde could not stop praising Xavi and his vision for the Barcelona team. When asked about his new manager, he said,

“Before signing for Barça I had a conversation with Xavi. We talked about football. I felt huge confidence. Xavi had a real knowledge of my game and my qualities. He knew me very well and I felt confident.”

The defender then added that the coach already knew his style of play, strengths and weaknesses well before his signing was finalised. Needless to say, that was a massive factor in him deciding his future.

“When I spoke to Xavi for the first time, he told me that my qualities corresponded to his game plan. Starting plays from the back, making use of my speed and anticipation.”

The youngster then commented about the aggressive and high-pressing system under Xavi and how he fit into those dynamics.

“Xavi told me that he wanted an aggressive team, he told me ‘We are one of the teams that press high, that run the most. I see you in my system’. And I also saw myself playing in that system. I saw myself in that team.”

Kounde has been in La Liga for several years now, and needless to say, following the title race closely. He said that he could make out a change in Barcelona under their new manager and how that influenced his decision.

“Before Xavi arrived at Barça, we were 15 points ahead of them, in Sevilla. Xavi arrived and they did a great job. I was a Sevilla player, but I watched a lot of Xavi’s Barça, I saw how he grew, the changes he made. I liked him a lot.”

Despite being signed as a centre-back, the Frenchman has predominantly been deployed as a right-back at his new club. When asked about his situation, he was optimistic that it was only a temporary phase.

Finally, Kounde concluded his interview by giving his thoughts on the team as a whole and its potential.

“With Barça I think we have the ambition to win all competitions. Although we still have room for improvement.”