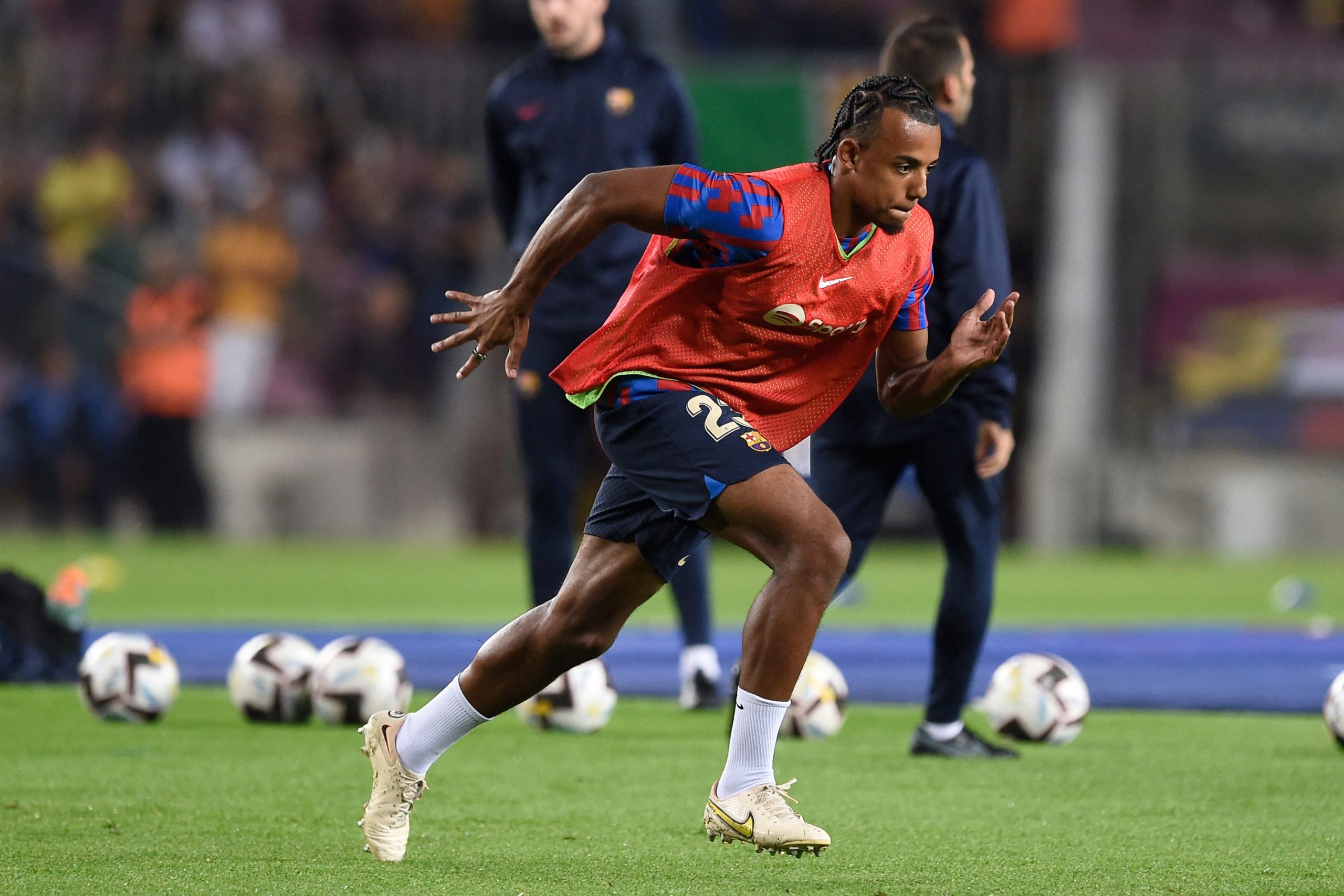 Barcelona are going through a difficult period at the moment. If the recent losses to Inter Milan and Real Madrid were not enough, the club have multiple defensive players sidelined through injury in the midst of an important phase of the campaign.

However, one of the few brights sparks in an otherwise dire phase for Barcelona saw the team secure a convincing 3-0 win over Villarreal this midweek. One of the top performers of the game was Jules Kounde.

Operating at centre-back alongside Marcos Alonso, the Frenchman showed real character. His physicality, coupled with his athleticism and technical qualities came to the fore, as he registered two interceptions, two duels won and one clearance while allowing no Villarreal attackers to get past him.

Kounde also registered 78 completed passes in the game, thereby playing a crucial role in Barcelona’s build-up from the back.

The performance against Kounde, overall, was a prime indicator of the Frenchman’s importance to the team, especially at a time when the likes of Ronald Araujo and Andreas Christensen are out injured.

Gerard Pique and Eric Garcia have received heavy criticism for their poor form as well. As such, this phase serves as an excellent opportunity for Kounde to establish himself as a defensive lynchpin for Barça and prove his mettle to coach Xavi Hernandez.

Kounde’s progress was halted by an unfortunate injury during the international break. But the former Sevilla starlet made great efforts to speed up his recovery and is starting to show early signs of his potential.

Even in the game against Real Madrid, the Frenchman was not entirely clueless, especially given the fact that he was coming back from an injury. He showed his true class in the recent win over Villarreal. And with Barcelona bracing themselves for a series of difficult matches, this is the time for Kounde to shine.

In fact, with Christensen and Araujo out injured, the 23-year-old could ascend into one of the leaders in the team.

Despite his youthful exuberance, Kounde does indeed have the ground to become a defensive leader for Barça. He has featured in 100 matches in La Liga and has shown leadership qualities in the past, which could prove to be beneficial for the Catalans in the near future.

In addition to his leadership, the French international offers tactical flexibility to Xavi as he can operate in multiple areas of the pitch. His superior technical qualities also make him an ideal long-term replacement for Pique, who is facing an uncertain future at Camp Nou.

With that in mind, there is very much a possibility that the centre-back could feature in the upcoming against Athletic Club, even though earlier reports claimed he could be rested.

Even if he does not feature in the starting eleven this weekend, it would only mean Xavi is giving him a breather ahead of an even more important against Bayern Munich next midweek.

When Barcelona announced the signing of Kounde in the summer, the young defender was regarded as one of the most progressive investments the club had made in recent years. Now it is the time for the player to repay the faith and lead the Barcelona defence through this tough period.