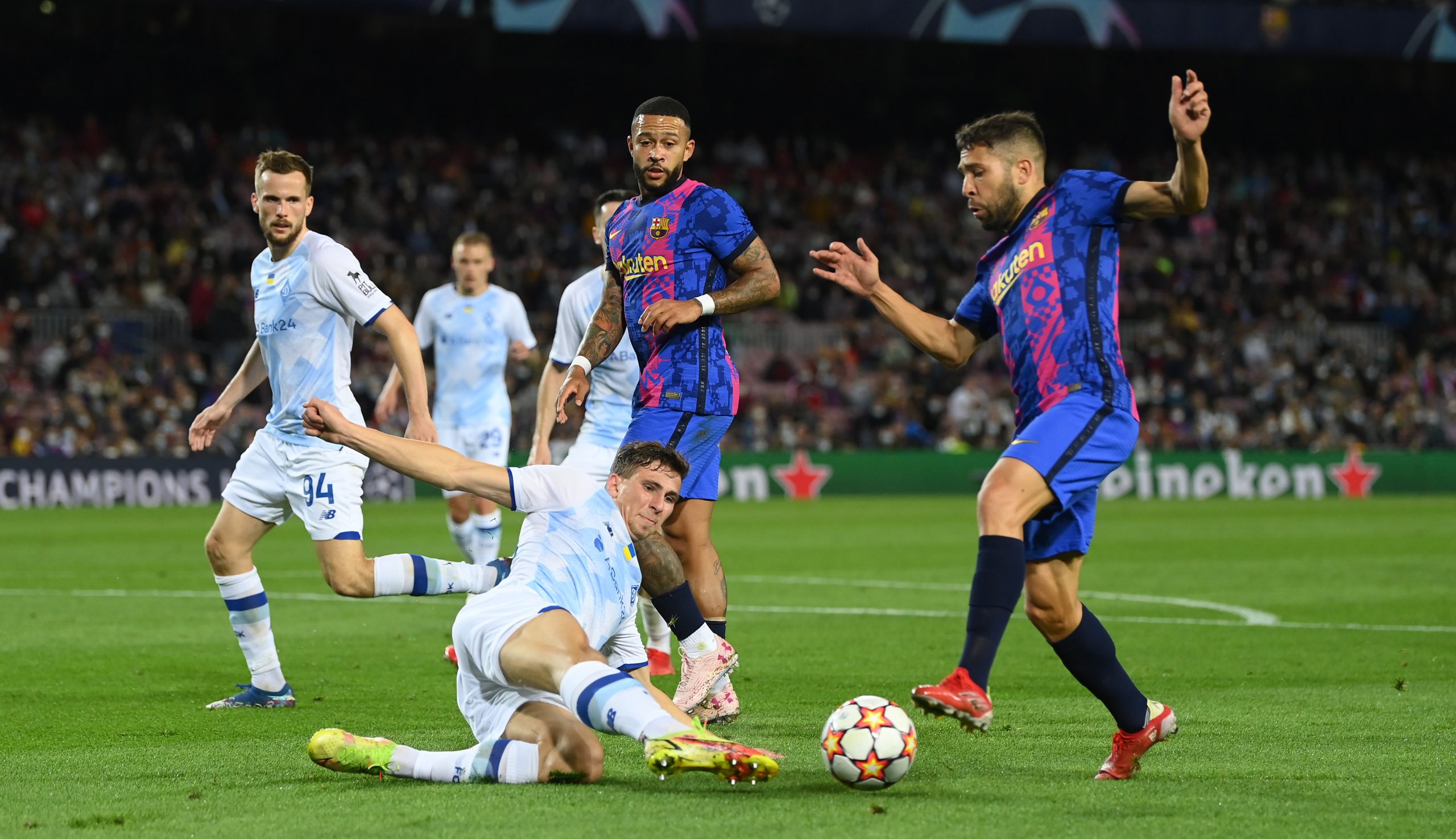 Barcelona finally got off the mark in the 2021/22 UEFA Champions League as they secured a narrow 1-0 win over Dynamo Kyiv at Camp Nou.

A first-half goal from senior defender Gerard Pique was enough for the Catalans to clinch all three points on the night. It was not entirely a convincing display from Ronald Koeman’s charges, but the 34-year-old’s volleyed effort proved to be the difference in the end.

Barcelona could have had more goals in the first period, but spurned a number of half-decent opportunities while the opposition goalkeeper also made some important saves. The second period, however, was much dourer, with neither team threatening the goal.

Dynamo Kyiv did look dangerous on a couple of counters, but Barcelona’s failure to kill off the contest was not punished by the Ukrainian giants.

Speaking after the game, Jordi Alba, who got the assist for Pique’s goal, touched upon the matter, insisting that the team needed to maintain a greater intensity in the second half and show more ruthlessness to kill games off.

“The sensations of the second half are not like those of the first half. We must continue with the same intensity and sentence the games. We can still improve a lot,” he said.

Irrespective of that, the result will come as a major boost for the Catalan giants as they kept their hopes of qualifying for the knockout stages of the Champions League alive.

In addition, the victory will also help the Blaugrana build momentum ahead of the crucial El Clasico against Real Madrid at the weekend. Indeed, Barcelona welcome their bitter rivals to Camp Nou on Sunday afternoon and Alba accepted that it will be a difficult game, but called on the fans to cheer the team to a win.

“We expect a difficult game against Real Madrid, but we count on our fans,” the veteran left-back said.