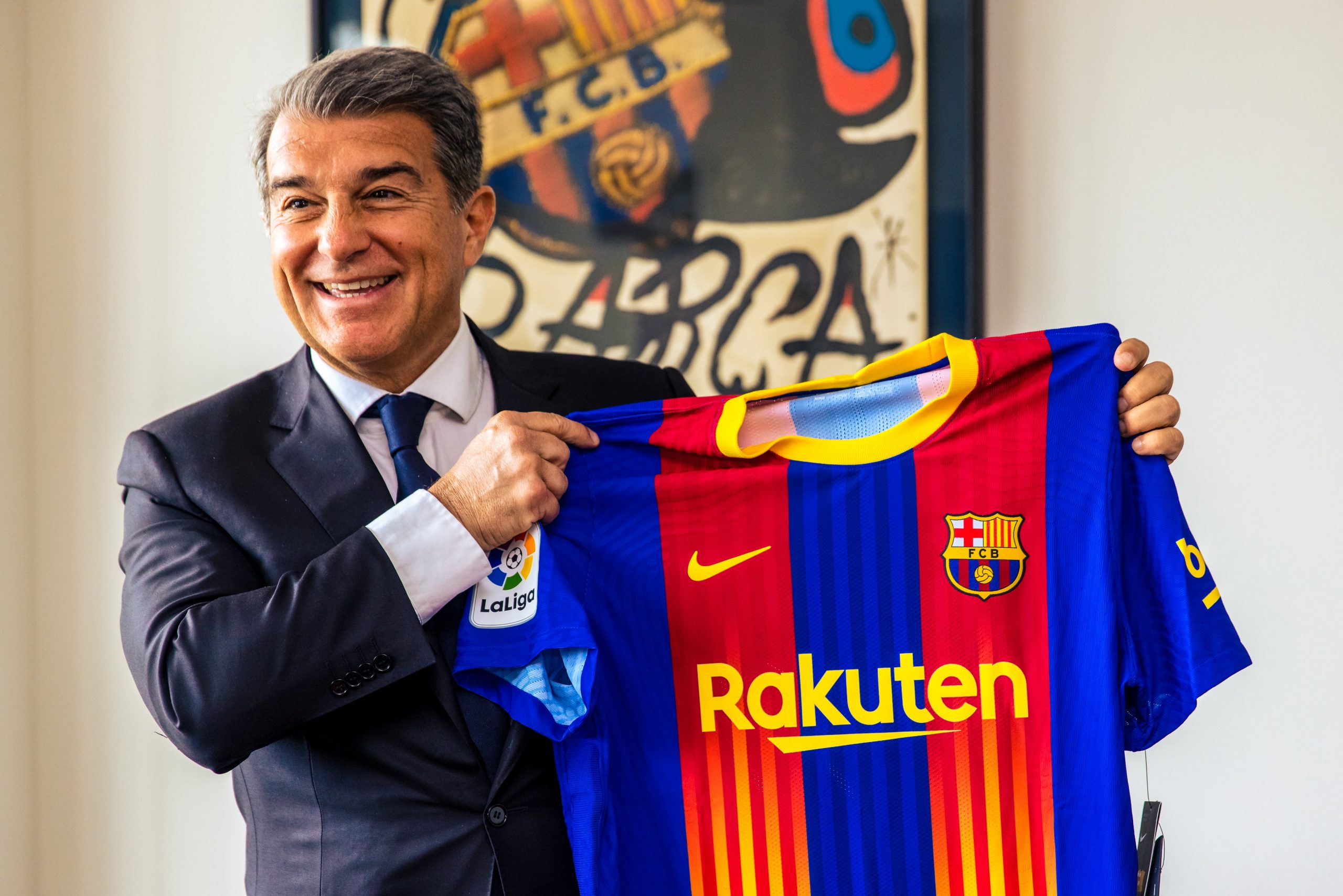 Recently, Barcelona’s new and certainly charismatic president Joan Laporta reacted to Barça’s new and special El Classico jersey. Barça posted a video of the enthusiastic Catalan reacting to the single-game exclusive kit. When he first gazed at the packaging of the wonderful jersey, he said “A box with the Barca colours: Blau and Grana”.Well, he’s certainly not wrong.

When Laporta finally got a look at the jersey, he was brimming with excitement. “Wow! What a Jersey. It looks really cool.” Even though he is 58-years-old, the confidence and exuberance of the two-time president is wonderful for all fans to watch.

To know that such a caretaker will be guiding the club going forward gives many fans tremendous hope for the future. He also added his opinion on the Blaugrana’s kits, saying “We really do have some very cool jerseys!”

Most notably, though, Laporta expressed his opinion on the symbolism of the El Classico special jersey. The shirt has the Blaugrana colours as normal; however, it differs in its two stripes which extend from the top of the shirt to the bottom. The stripes are made of yellow and red lines, which represent the colours of Catalan, and are increasingly more opaque as the stripes travel down the shirt.

Upon looking at the jersey, Laporta said, “I think when the players put it on, the jersey itself gives them strength” Barça fans sure hope that such implications of the shirt stay with the players as well, and that the team is able to give their all against Real Madrid.

The video ended with yet another joke from the former politician. He expressed his eagerness, saying “I’m definitely going to wear it!” It is highly refreshing to have such a personality as the club’s helm. It is certainly an incredibly sharp contrast from the previous board. Hopefully, Laporta’s energy transmits into the rest of the team as well.