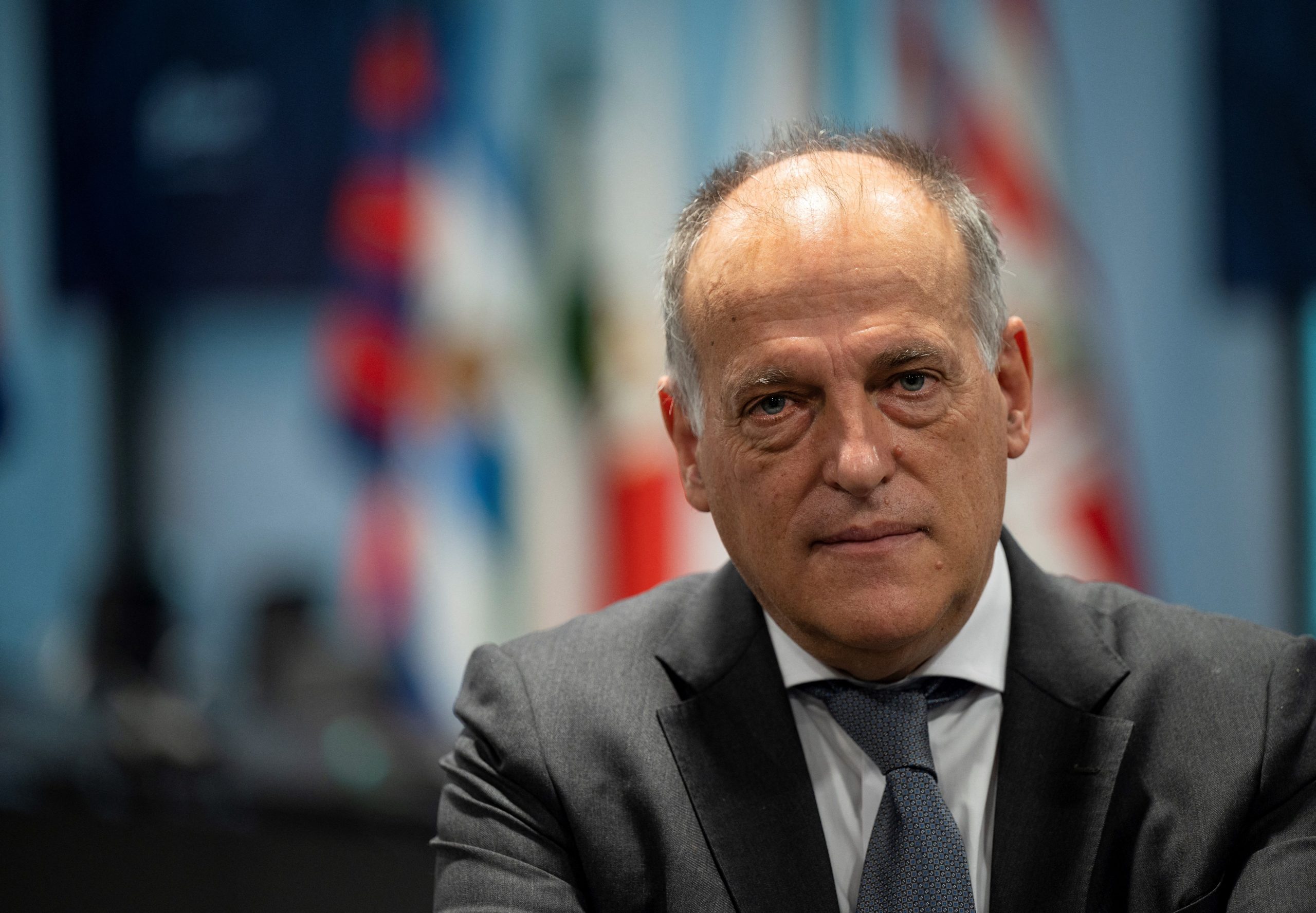 Recently, it was announced through an official press release that Barcelona and Real Madrid would not attend an urgent La Liga meeting in Dubai as they deemed it to be necessary.

“FC Barcelona’s position has always been that of reaching consensual agreements after having examined the issue coherently and respecting all positions,” Barcelona’s statement read.

“For that reason, we do not believe it is the right time to travel to Dubai for an event that could well take place at La Liga’s headquarters, and once again we show our opposition to any form of action that we consider damaging to the rights and interests of FC Barcelona.”

The details about the meeting, and in specific, about some of Javier Tebas’ stance on the SuperLeague and in turn, Barcelona-Real Madrid have been leaked by AS. According to the report, La Liga president warned the clubs about the potential of the Super League project.

He told the representing members that 18 of the 20 clubs in the Spanish club would lose 55% of its value, while Barcelona and Madrid earn nearly €400 million.

“The Super League is an ideological concept created in 2000 and led by the president of Real Madrid. It looks out for the teams that have the most assets to be the ones that lead in football,” Tebas said in his opening speech during the conference.

Tebas was also quoted by Que T’hi Jugues talking about the three clubs leading the Super League project: “I don’t think Juve is a leader in sustainability, I don’t think Barça is an example, either. The only one of the 3 leaders who can set an example is Real Madrid.”

Tebas’ words against Barcelona and Real Madrid are likely to fuel a mental rampage within the rest of the Spanish clubs, which could put a serious dent in the Super League competition.