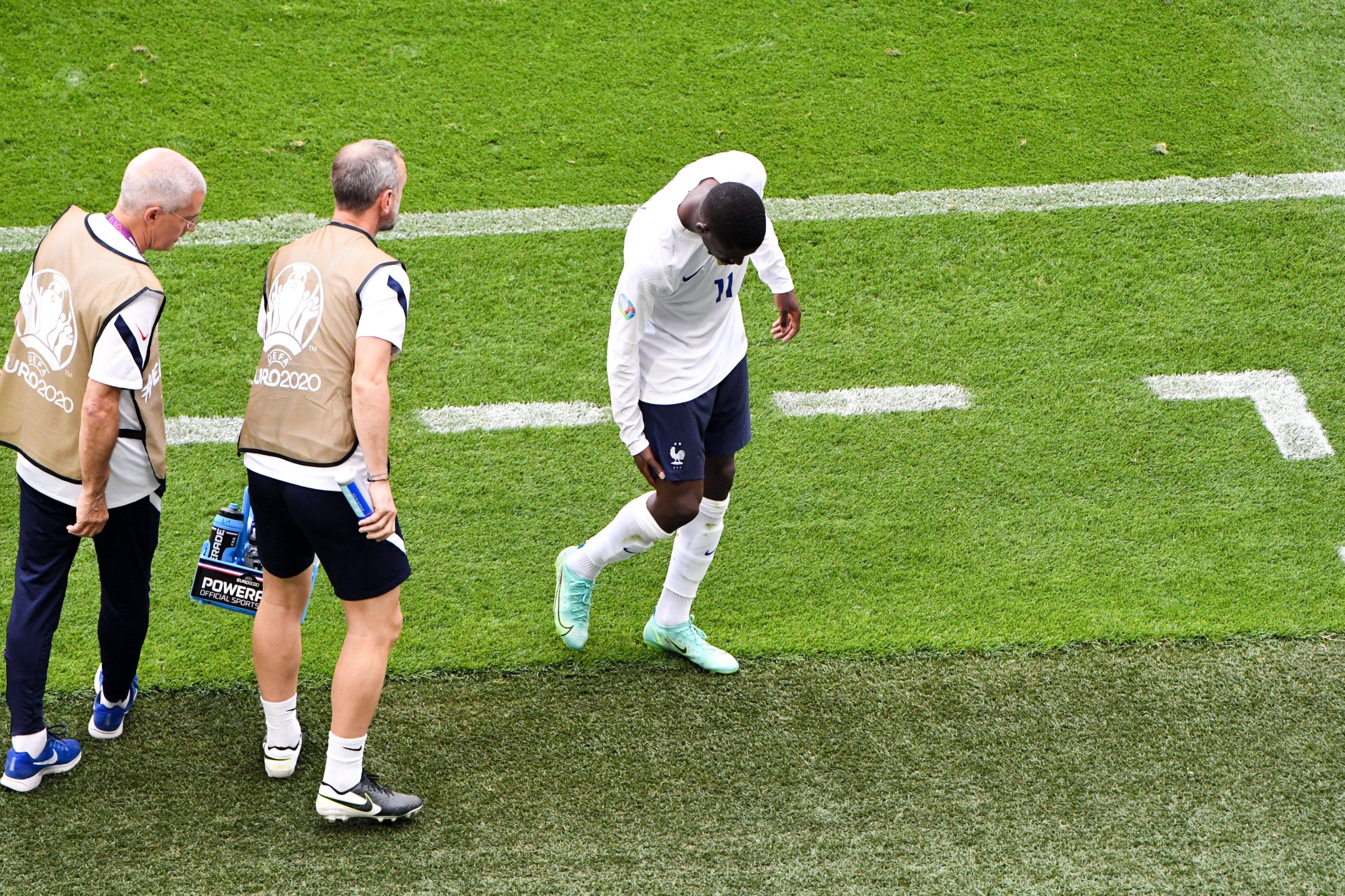 Just when things had started to pick up for Ousmane Dembele in his career, he has been struck by yet another injury crisis and a serious one at that. During France’s encounter with Hungary in their second group game of the Euro 2020, the Barcelona winger has suffered from another issue.

He has dislocated the biceps tendon in his right knee, which will require surgical treatment, as confirmed by Barcelona in a statement. As always, however, the club have not issued any specific time-frame for his layoff, but it is expected to be lengthy.

Reports from ESPN suggest that Dembele could be sidelined for up to three months after being entirely ruled out of the Euros. Barcelona begin their preseason in July, and it is all but confirmed that the Frenchman will be unavailable for it. But there are also other potential implications of the injury.

Dembele’s future at the club has been a subject of great discussion lately. While president Joan Laporta likes the player and considers him a part of future plans, the winger himself, has been rather non-committal about his extension, previously saying that he will decide after the Euros.

Now, the time has come for the 24-year old to decide on his future, as Barcelona may have to line up alternatives if he leaves. The injury poses problems on that end too, as clubs may hesitate to shell out the cash considering this is his 11th injury since arriving from Borussia Dortmund.

Dembele’s current contract expires next year and perhaps the multiple suitors he had may back off after his injury. Hopefully the 24-year old can make a speedy recovery and get back to playing football very soon, be it at Barcelona or somewhere else.