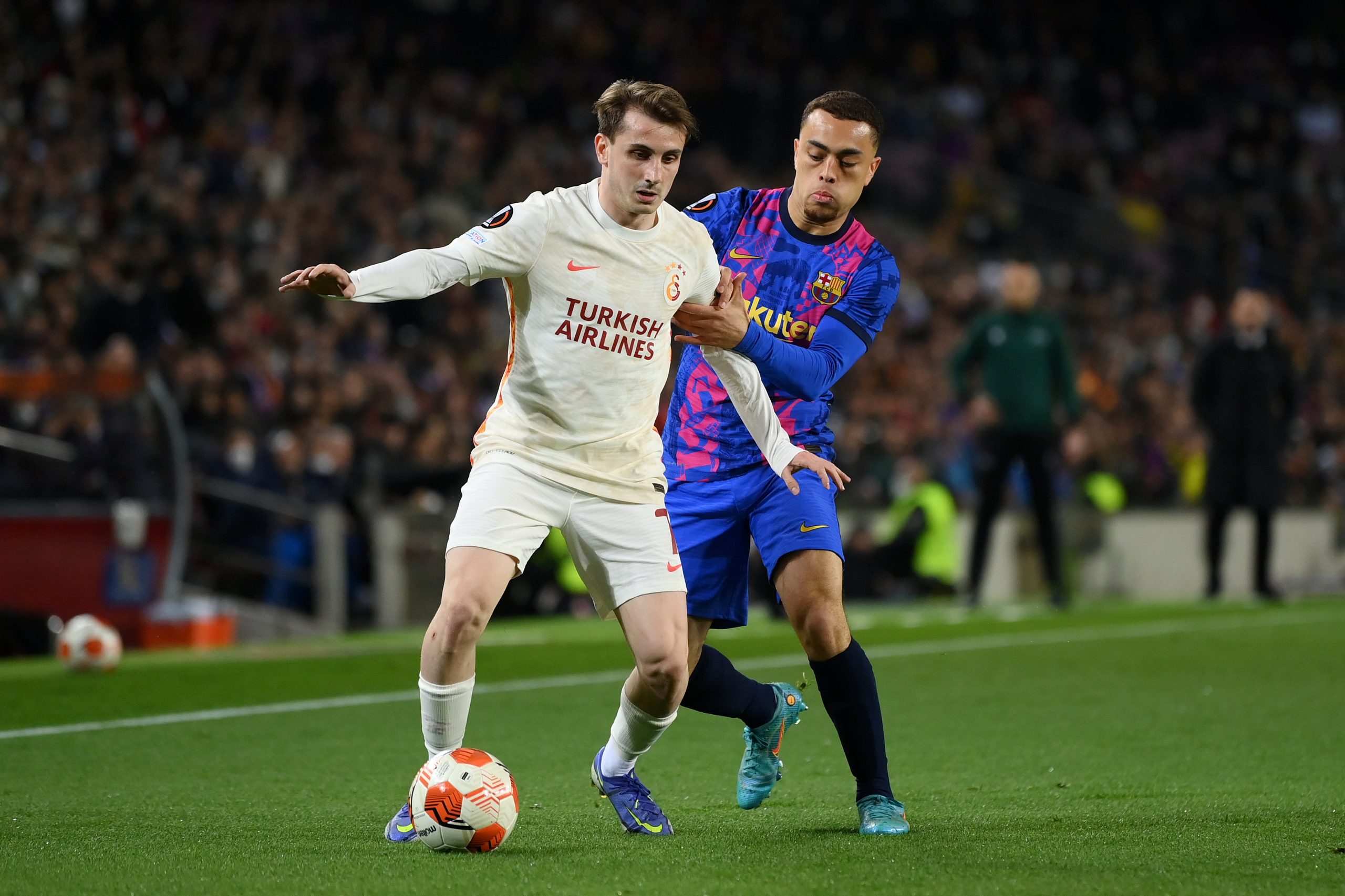 Thursday night was a happy occasion for Barcelona as they defeated Galatasaray 2-1 to qualify for the quarter-finals of the UEFA Europa League.

Goals from Pedri and Pierre-Emerick Aubameyang earned the Catalans their place in the Last eight, but it came at a cost as two defenders picked up injuries in Istanbul. Indeed, veteran star Gerard Pique came off with a discomfort, which he is believed to have been carrying for a while now.

Along with him, right-back Sergino Dest also had to be replaced on the night after he seemed to have injured himself while producing a block inside the box.

Catalunya Radio has now provided an update on the USMNT star’s situation, stating that the 21-year-old could possibly have suffered a muscle tear in his thigh, and the initial assessments do not generate a positive outlook.

Diario AS journalist Javi Miguel also corroborated the same report, insisting that the 21-year-old has suffered a tear in his left femoral muscle, which will potentially rule him out for the clash against Real Madrid later this week.

While an official update is awaited, the early prognosis comes as a blow for Dest, who has been showing good form after having struggled with a lack of game-time and a back issue earlier in the season. The injury could see him get sidelined for a while.

The former Ajax ace was always unlikely to feature in the El Clasico this weekend, as Dani Alves is preferred over him in the league games. Nevertheless, considering the form that he had shown of late, his injury will be a setback for Barça, especially if it rules him out for a signifcant period.