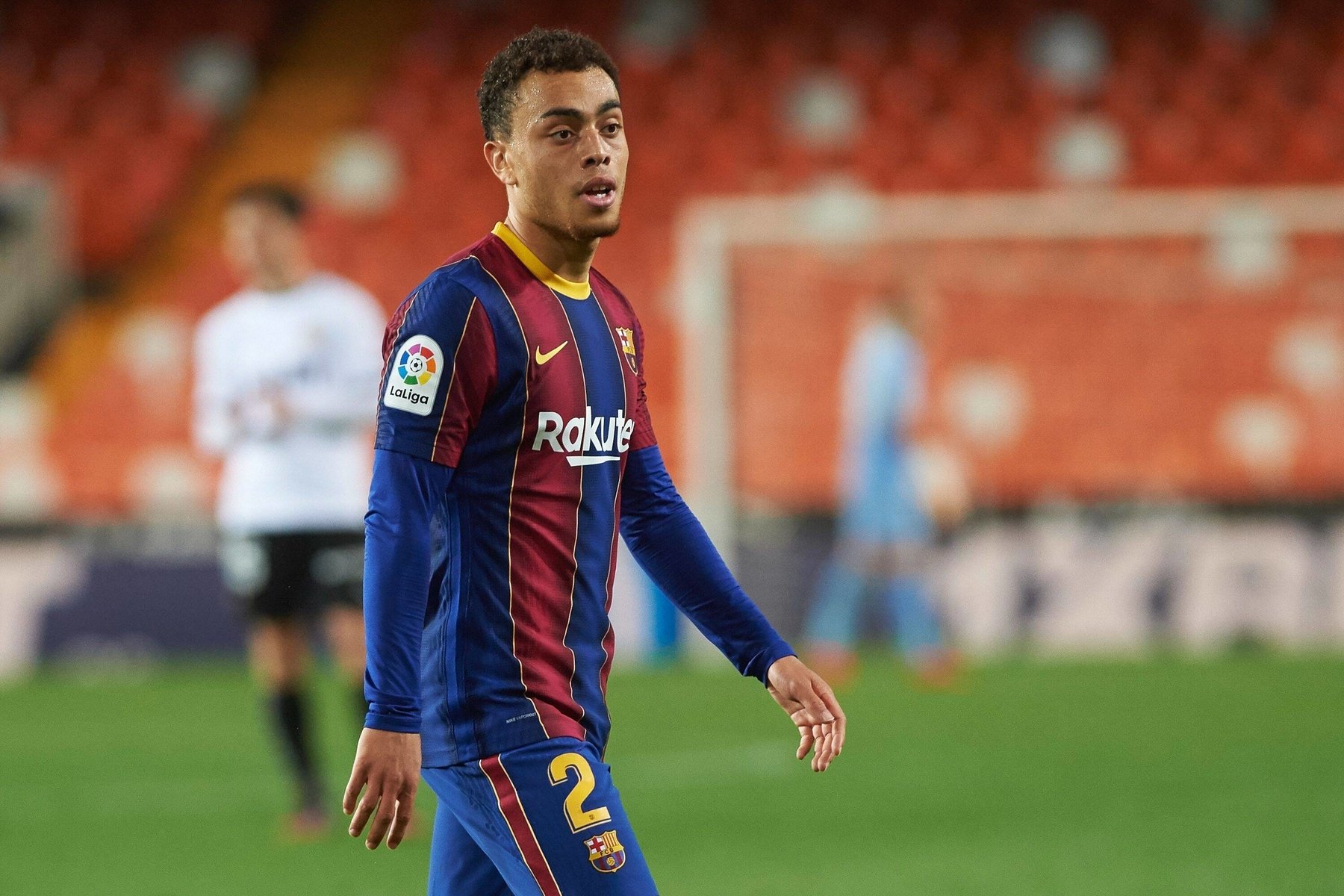 According to a report from AS, Sergino Dest is once again facing some troubles in his right leg. The American right-back has had a very irregular first season at Barcelona with multiple injury troubles. He has not been able to solidify his position as a constant name on the teamsheet despite Sergi Roberto’s absence.

Reportedly, troubles are a relapse of the sore quadriceps he suffered earlier in the year. The pain has been excruciating to the level that he was forced to sit out the games against Getafe and Granada. Lately, he has been infiltrating his leg to play. However, the pain has now subsided, and the former Ajax man will not have to infiltrate to play against Atletico Madrid on Saturday.

Doctors are still cautious with him to prevent further complications. Until now, the season has been hot and cold for Dest. The 20-year-old has a total of only four goal contributions in 40 matches. Lately, with the change in formation, he has been enjoying more freedom to go up and attack, having the cover in the form of Oscar Mingueza behind him.

Dest’s best performance of the season came in a 6-1 win against Real Sociedad at Anoeta. The 20-year-old fullback also managed to get a brace under his belt in the emphatic victory. He continued his hot run of form into the International fixtures, too, as he scored his first goal for the United States of America.

However, after Sergi Roberto’s recovery to full fitness, we are witnessing an ongoing tussle between the two fullbacks for a spot in the first XI. Sadly, both of them have not been able to perform at a very high level lately. Given the extreme importance of the fixture on the weekend, it will be interesting to see who will get a nod ahead to start the game against Los Rojiblancos.