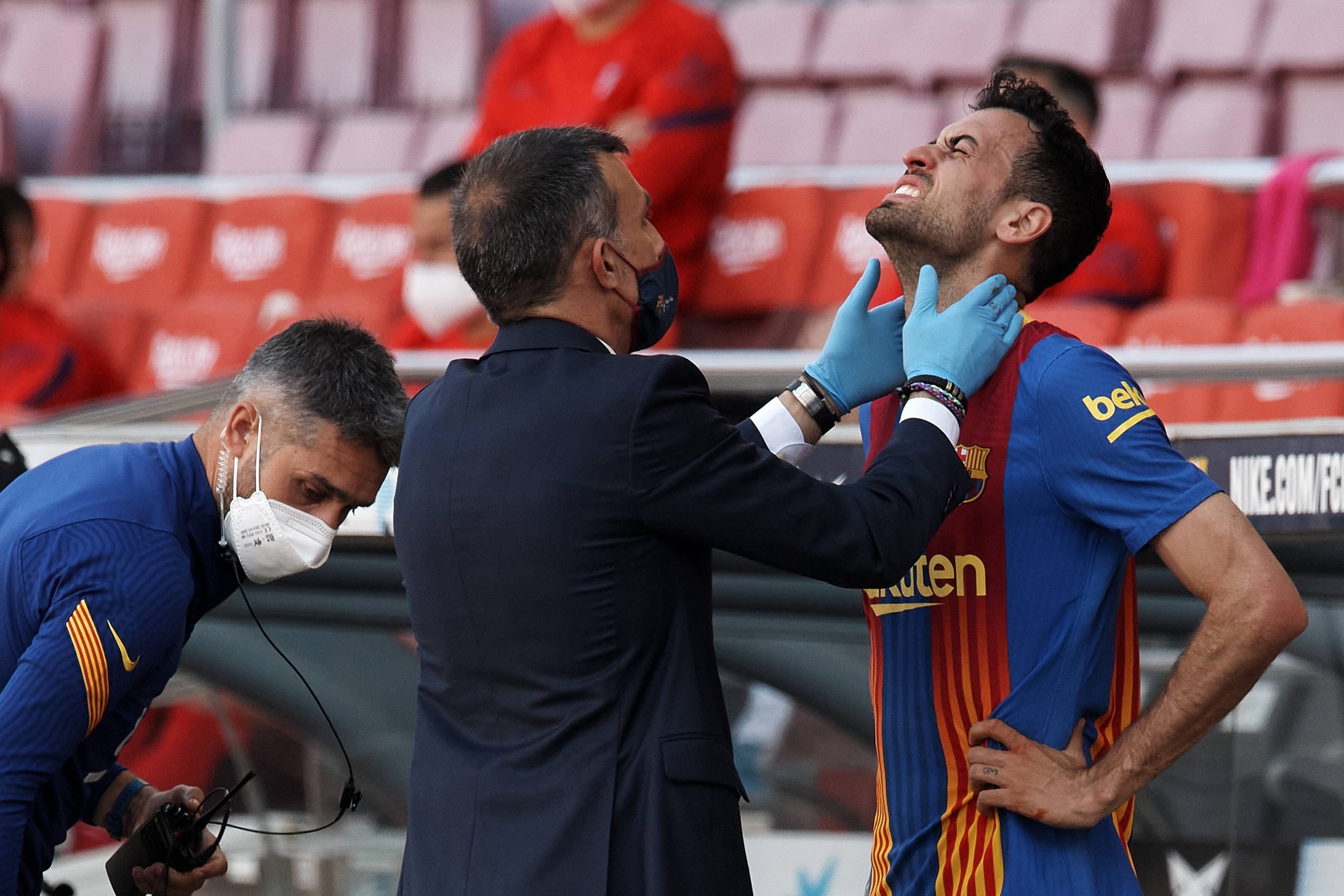 In an official statement, FC Barcelona confirmed a facial injury to Sergio Busquets, suffered during Barcelona’s La Liga encounter with Atletico Madrid. The midfielder was taken off in the 31st minute after a clash of heads between him and Stefan Savic.

Busquets’ absence was dearly felt, as Barcelona failed to break the deadlock against a resilient Atletico Madrid side, leading to a goalless draw at the Camp Nou. The lack of experience in midfield after Busquets’ departure was apparent as Barcelona’s title hopes took another massive dent.

The club confirmed that the Spaniard is progressing favourably, however, after being taken to the hospital to conduct tests after the injury. Scans revealed that he suffered from a facial contusion and a fissure in his maxilla. There is no return date specified for him as the statement per usual outlines that his evolution will dictate his availability.

The injury does not seem to be too severe, though, as SPORT have stated, the midfielder is fine after getting his rest at home. Everything indicates that he will be available for the game against Levante, which is to be played on Tuesday.

There is also speculation that Busquets will be given a protective facial mask to wear if he is to make an appearance in midweek. Busquets has played 47 games this season and could perhaps do with some well-deserved rest to fully recover.

With Barcelona no longer in control of their La Liga destiny, it would perhaps be wise to keep Busquets on the bench for at least the next game and provide minutes to the youngsters who have not had much playing time recently., since the team does not have much left to lose.