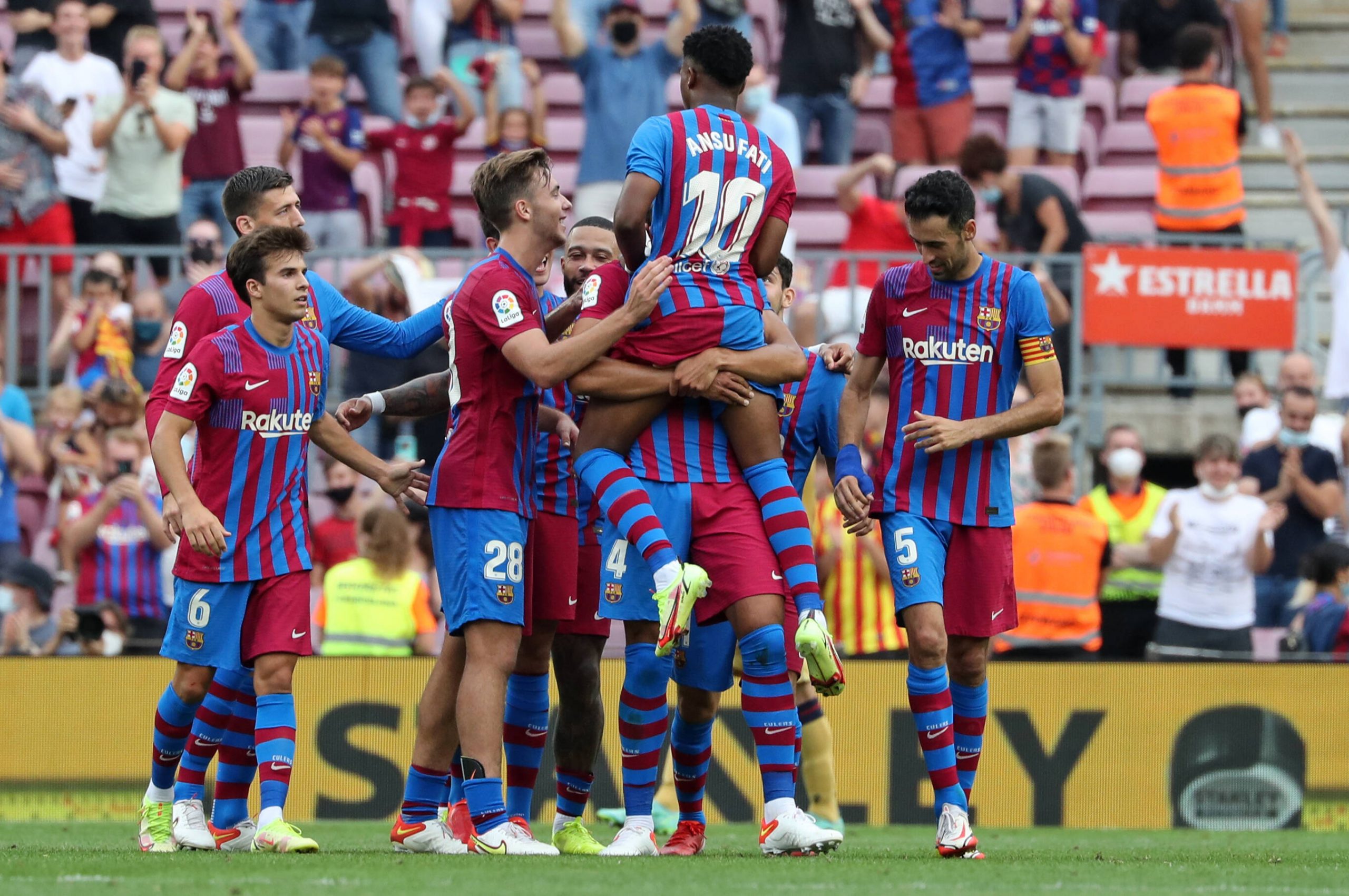 “Change is the only constant.”

Barcelona, from being one of the biggest and most successful clubs, find themselves in a state of massive transition.

Mismanagement at the boardroom level, financial problems that hampered proper investment into the squad, the loss of Lionel Messi, a disgruntled manager on the cusp of an exit, performances on the field that lack any clear idea or philosophy, the list goes on.

Despite all the doom and gloom, though, there remain rays of sunshine. The emergence of youngsters like Pedri, and more recently, Gavi and Nico Gonzalez, Ansu Fati’s return from injury, the addition of Memphis Depay being some.

And, Diario AS journalist, Javi Miguel, believes that in spite of the club’s current situation, it will not be long before Barcelona rule Europe.

The journo is of the opinion that all the Catalan giants need to be back at the top of European football again through investment in two key areas of the squad: full-backs and a centre-forward. Miguel claims that if Barcelona sign two top-quality full-backs and a world-class No. 9, they will return to their glory days.

At right-back, Barcelona have Sergino Dest, who, while being capable of stunning displays like the one against Levante, is yet to convince completely. On the opposite side, the Catalans continue to rely on old warhorse Jordi Alba, who is fast approaching the final phase of his career.

Speaking of the No. 9 slot Barcelona went from having Luis Suarez last year to Martin Braithwaite and Luuk de Jong. The drop in quality does not need explaining.

The centre-back seemingly department does not present a big concern to Javi Miguel, which would be understandable considering how solid Ronald Araujo has been while in Eric Garcia, Barcelona have brought in a defender who has the quality to reach great heights.

Midfield, too, is something that Barcelona are well-equipped in. Sergio Busquets might need replacing, but he still has some miles left in him and the aforementioned Nico Gonzalez is waiting in the wings. In Frenkie de Jong and Pedri, the Catalans have two top stars and Gavi is showing a lot of promise as well.

Nonetheless, the problems are unlikely to all go away just with the addition of a top striker and full-backs. The managerial situation continues to be in shambles, there needs to be a proper identity and structure in the way the team plays.

One need only look at a club like Manchester United. They continue to throw money at ‘top players’ year after year, but success continues to elude.