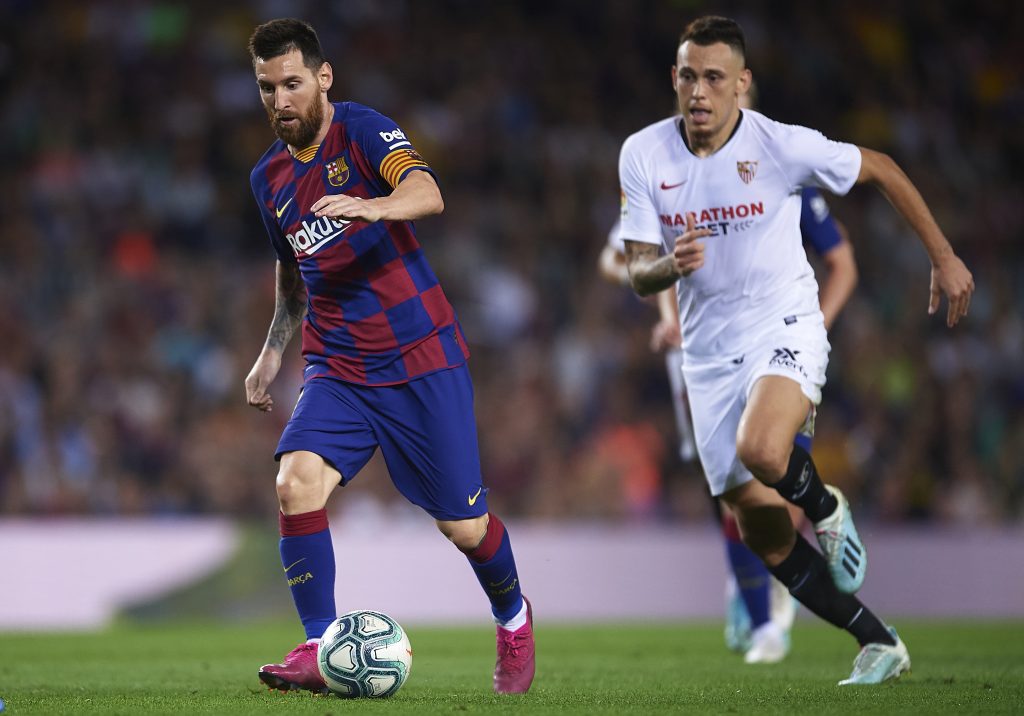 Sevilla midfielder and Argentina International Lucas Ocampos spoke in an interview with the newspaper Olé. The 26-year-old praised Lionel Messi and explained how he felt in the first time meeting with Lionel Messi.

“Messi sees the spaces that others do not. He sets the tempo, he is the one that has the ball the most; he says look, and you know where you have to move, and the ball then goes there. He keeps the rhythm of the team.

Ocampos told that Messi helped him a lot and that the Argentine legend was very humble in their first encounter.

“It was shocking on the first day. I did not know him, we met at Barcelona-Seville this year (2020) and the truth is that he spoke to me as if he had always known me. He also helped me a lot in my first calls with the National Team, he made things very easy for me.”, said Ocampos on the first time meeting the Barça legend.

? — Messi has scored 37 goals in 38 games against Sevilla in all competitions. pic.twitter.com/4GAKdB7etJ

“You obviously see him as a god, he is real, and he makes you feel more important, as someone who is really involved in the game.”, added the Sevilla winger.

Ocampos is currently Sevilla’s top scorer and arguably the most important player with 15 goals and 4 assists on his name for Sevilla this season, and if he maintains his current form, he will certainly be called up by Scaloni to accompany Lionel Messi in the World Cup 2022 in Qatar.