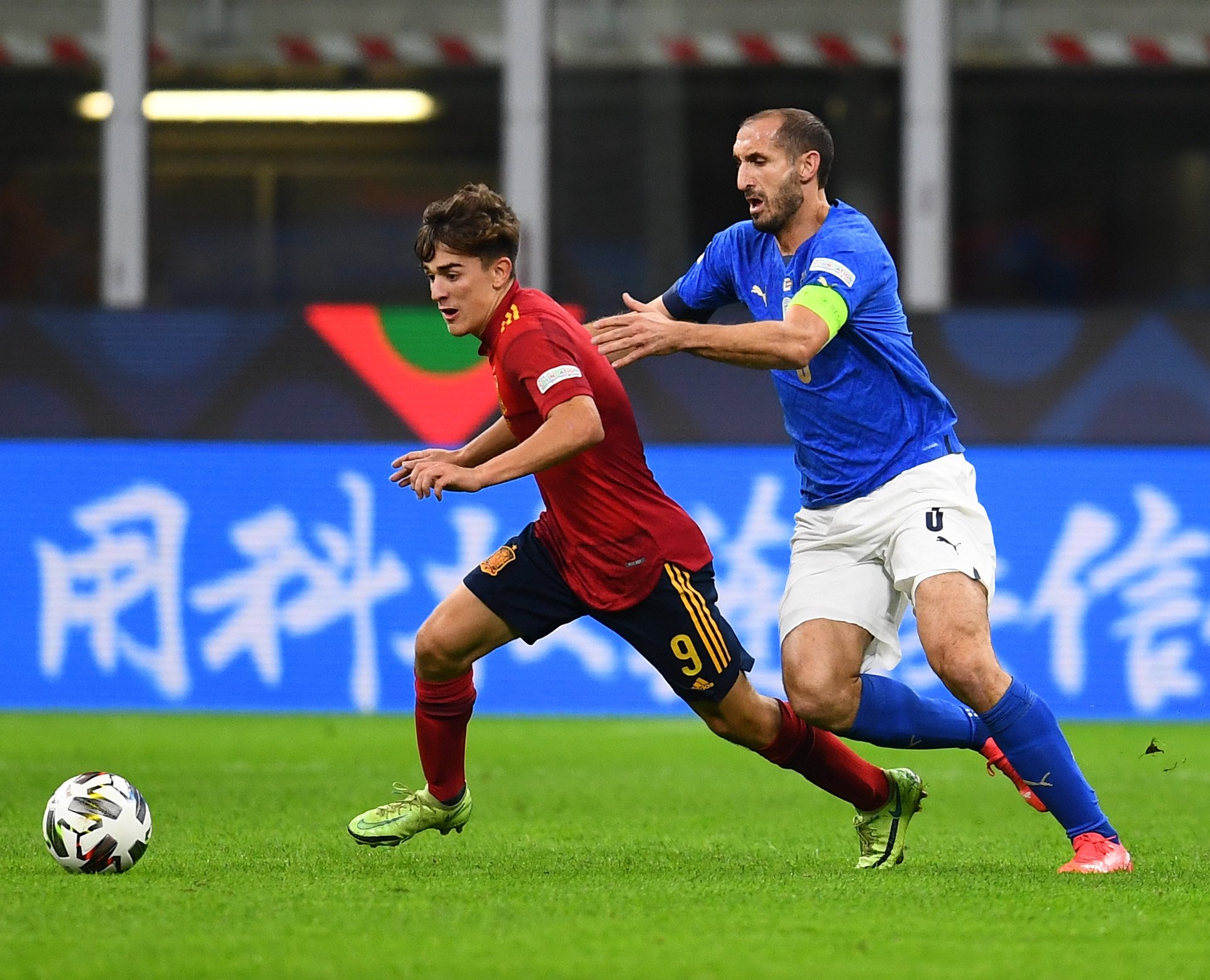 It has been a dream start to the new season for Barcelona prospect Gavi. Having managed to make an impression during the pre-season, the 17-year-old forced his way into Ronald Koeman’s first-team at the club.

And, without a doubt, he has been one of the biggest positives of the season so far for the Catalan giants, who have been blighted by issues on the field. The teenager’s promising start to the new campaign was rewarded by Spain manager Luis Enrique who handed him a surprise call-up to the national team for the UEFA Nations League matches this month.

What more, Enrique even handed Gavi a start in a high-profile semi-final clash against Italy on Wednesday night. Safe to say that the midfielder did not disappoint and put in a fine, all-round display as La Roja ended Italy’s unbeaten run to make it to the final.

Gavi made a solid impression on the night, with his work rate off the ball and his ability to carry the ball forward and make line-breaking passes.

In making his debut on Wednesday, Gavi became the youngest ever player to represent Spain at the age of 17 years and 62 days, breaking the record held by Angel Zubieta (17 years and 284 days) since way, way back in 1936.

Despite the pressure of the occasion, Gavi did not show any signs of nerves and was hailed by manager Enrique in the aftermath of the game. “Gavi is an unusual case. He’s playing as if he’s in a schoolyard or in the backyard of his house,” he said, as quoted by Infosfcb on Twitter.

“Gavi’s idol is Verratti. I told him, that he would have to pressure him from the start. Gavi has been very good, it’s not normal that he has such a personality and such quality. He doesn’t lose the ball, makes the final pass, moves well between the lines. He is not the future of the national team, he is the present,” he added (h/t Cat Radio).