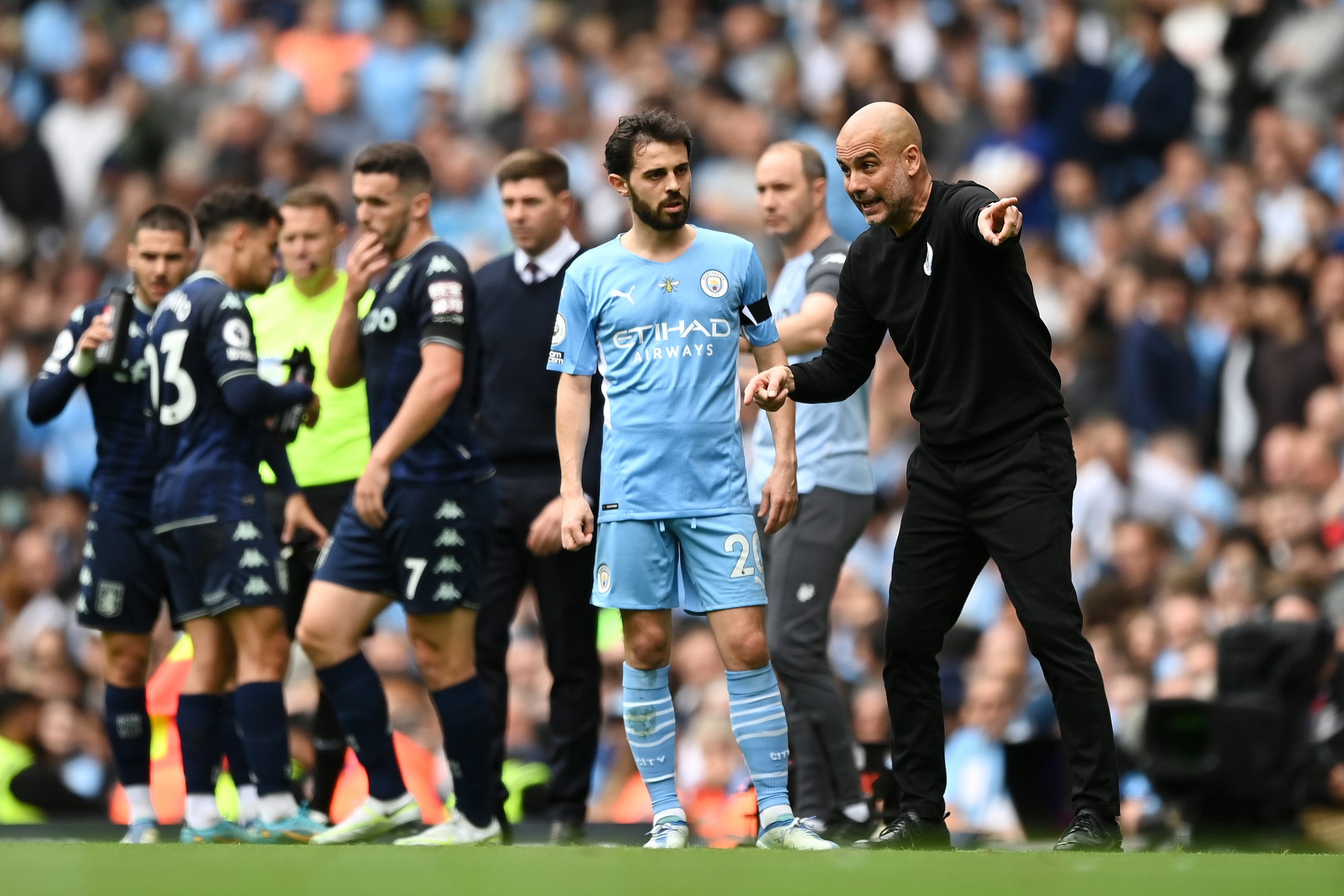 Barcelona are still finding it hard to register their latest new signing in Jules Kounde. But that has not stopped them from continuing to plot ambitious moves before the transfer window closes.

Bernardo Silva of Manchester City remains high on the agenda at Camp Nou, with Xavi Hernandez particularly keen on signing the 28-year-old midfielder.

However, signing the Portuguese international will not be easy for the Blaugrana given the short time left in the transfer window, coupled with Manchester City’s massive €100 million asking price for him.

But, what works in their favour is that Silva is said to be keen on joining the club and City manager Pep Guardiola, as he has stated before, has once again reiterated that he or the club will not stand in the way of a player who wants to leave.

Speaking during an interview with Sky Sports (h/t Football Daily), the Manchester City boss said: “If you force someone to stay when he doesn’t want to stay, then how will you get the best of him?”

This is not the first time that Guardiola has said something similar. The former Barcelona head coach has previously admitted that he would be happy to grant an exit to a player if he asks to leave as long as the club receive a satisfactory offer.

So, there is some hope for Barcelona in their pursuit of Silva. However, the big question remains whether the Catalans have the financial wherewithal to pull off a deal and register the former AS Monaco star successfully before the transfer window slams shut in about ten days’ time.