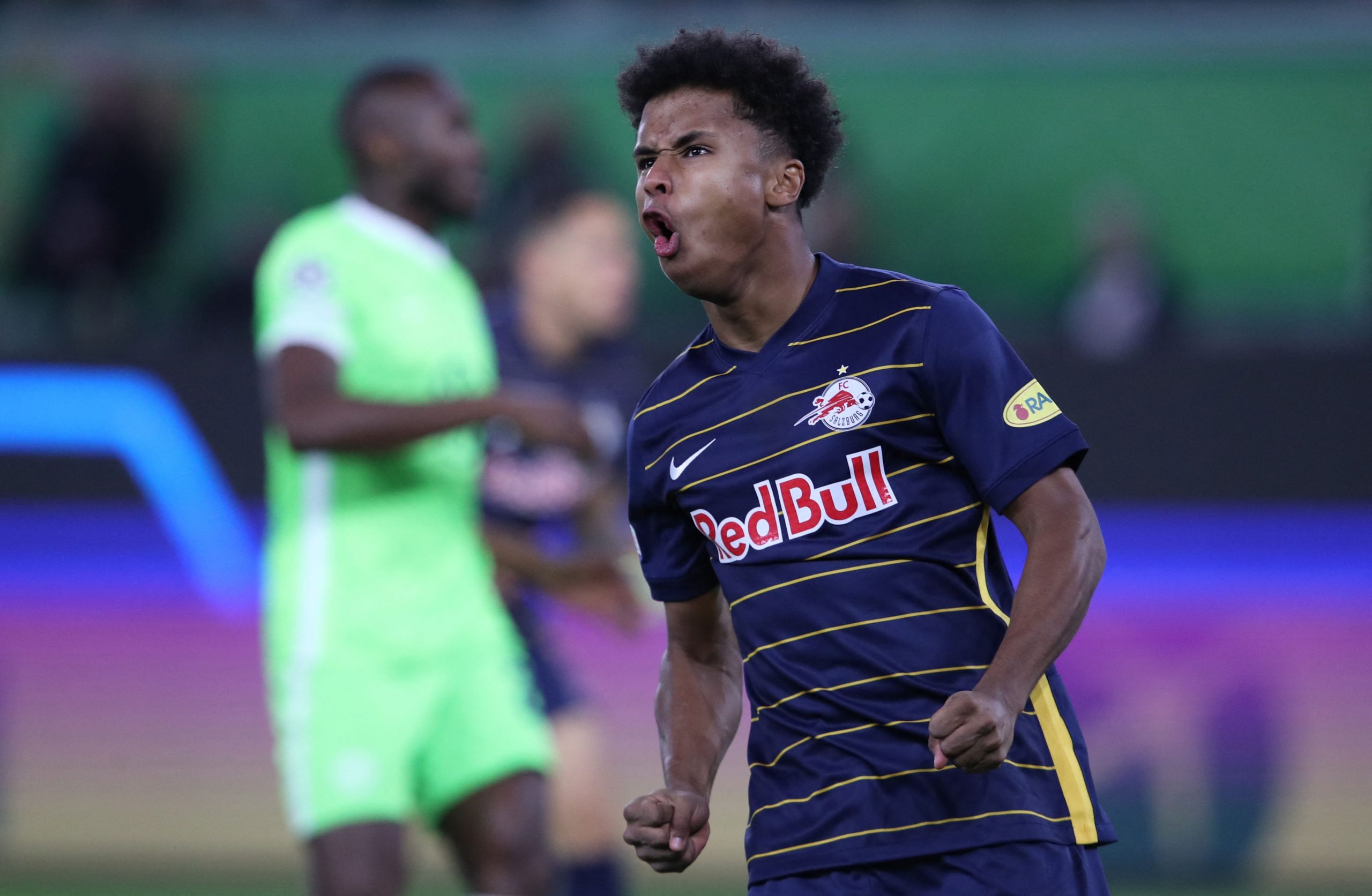 RB Salzburg’s 20-year-old prodigy Karim Adeyemi is set to disassociate himself with the Red Bull group as he edges closers to joining Bundesliga giant Borussia Dortmund.

This comes as a huge blow for as many as five different clubs, including Barcelona, who were actively pursuing his signature for the summer transfer window.

Adeyemi has made waves with his stunning performances this season, where he has notched 17 goals across all competition. The return was likely to attract serious interest, and the market didn’t disappoint.

The ideal way for a youngster from RB Salzburg is to move to partner franchise RB Leipzig for further development. As it turns out, though, Adeyemi decided to follow Erling Haaland’s path to skip this particular step in his career.

Reports are circulating that Dortmund are preparing a lucrative five-year contract until 2027, and the move will be made official in the coming weeks. In all fairness, securing his signature was important for the German club, as they are expecting Haaland to depart in the summer transfer window.

The story, however, could have been different altogether if the 20-year-old had rather decided to assess his options. According to Spanish news outlet Fichajes, Barcelona were one of the five clubs chasing the 20-year-old, but the lack of economic competence forced them to stay off the forward.

Leipzig, Manchester United, Bayern Munich, and Paris Saint-Germain were the other teams chasing his signature.

It was an ideal decision, to say the very least as the Catalan club is rather working on acquiring Haaland instead. According to reports, the player and his representatives were initially inclined towards a move to Barcelona but later realized maybe it is too early for the 20-year-old to take such a big step.

Instead, the forward’s camp decided to progress his development through a transfer to the German Bundesliga, giving Dortmund’s reputation of polishing young guns a big advantage in the negotiation.