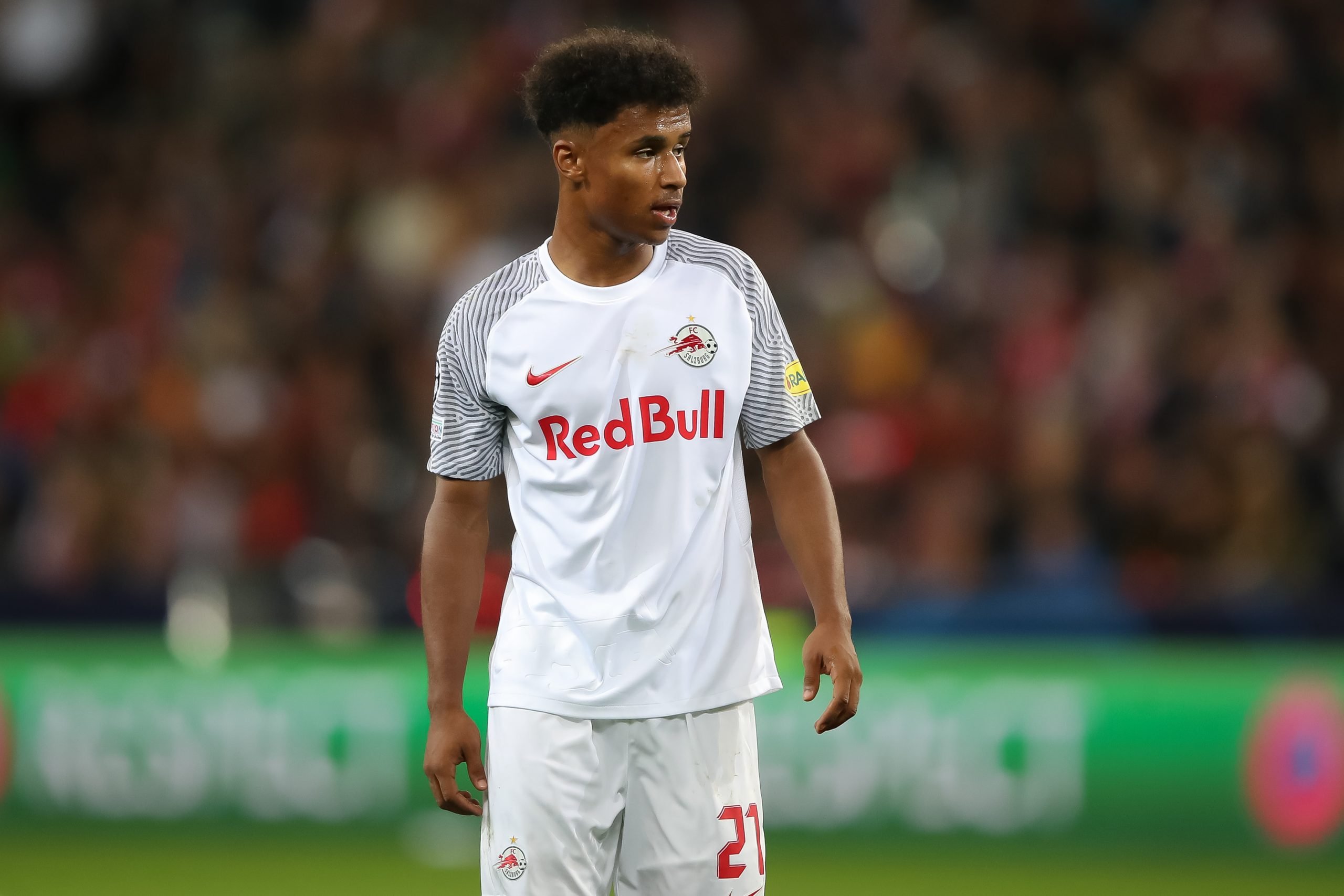 The striker, who has quickly become one of the most sought-after youngsters in the world, is reportedly keen on a move to Borussia Dortmund, to gain a foothold in the country’s top flight.

Adeyemi supposedly wants to make a name for himself within the Bundesliga to stay in the eye of national team coach Hansi Flick. The Salzburg marksman is eyeing to be a starter for Germany come Euro 2024.

Dortmund director Michael Zorc regards Adeyemi’s talent very highly, but has played down speculation regarding a potential move for the teenager. Sky’s reports, however, state that Die Schwarzgelben remain in pole position to secure the youngster’s services.

Adeyemi also supposedly believes that a move to Spain, which seemed very much on the cards, could potentially hamper his chances of being noticed by Flick and getting his chances with Die Mannschaft.

The fast, explosive striker has enjoyed a wonderful campaign with Salzburg so far, but it remains to be seen if he does move to a top club in the upcoming windows.

Barcelona have desperately missed an exciting profile in the number ‘9’ spot, and under Xavi’s new seemingly long-term leadership, Adeyemi should not be discarded as an option just yet.

Their financial constraints make life difficult, but the Blaugrana should attempt to offload players and subsequently make an improved offer for Adeyemi by next summer.