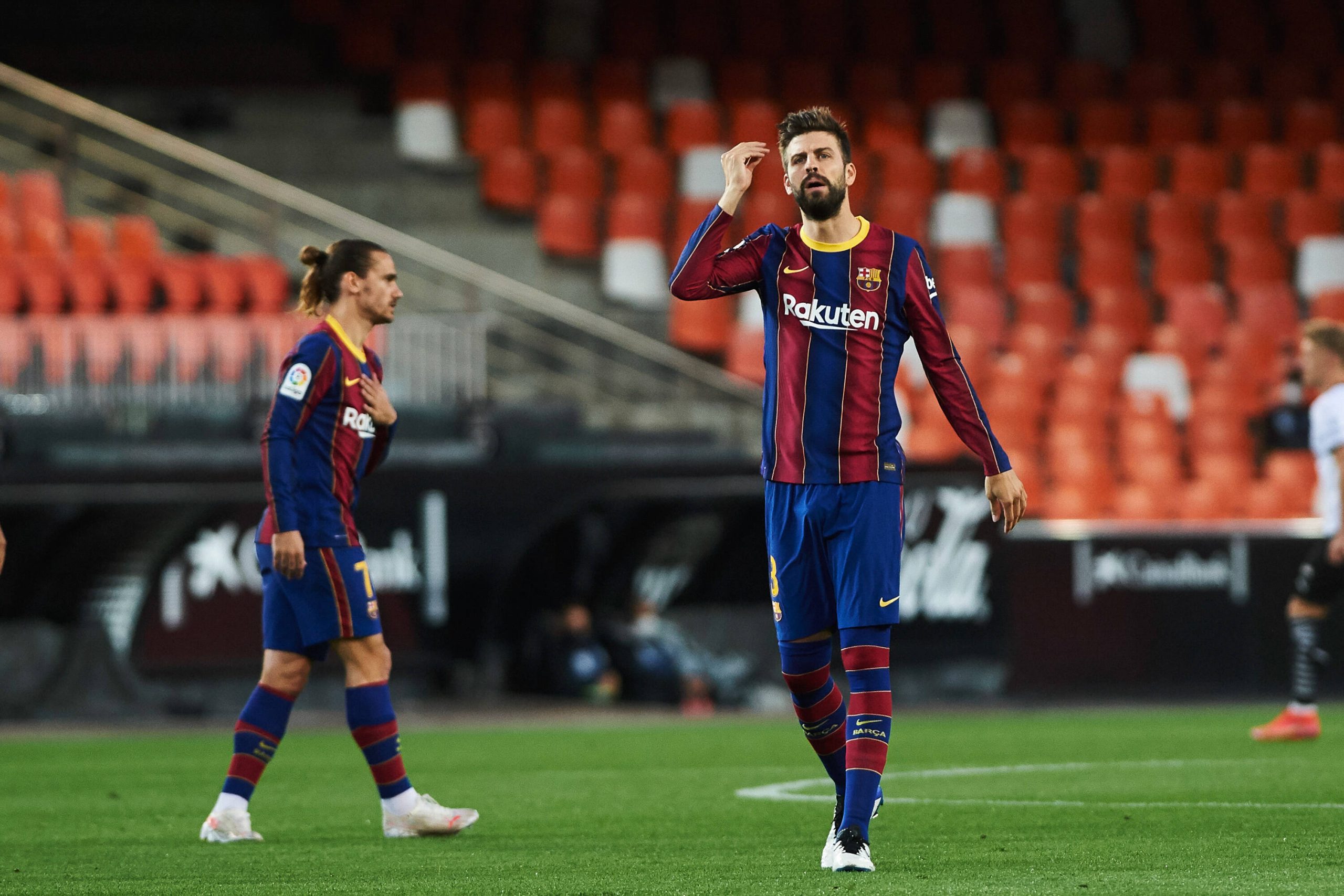 Gerard Piqué spoke in the post-match interview following Barcelona’s 3-2 away victory against Valencia. The win marked the Catalan club’s first win in La Liga game at the Mestalla for the first time since 2016.

“We know there will be no quiet matches. We won a very important game after the defeat against Granada. We’d like to close the games earlier,” said Piqué.

“The key to winning today was to keep playing the same way. We knew that if we persisted, we would end up scoring and that’s what happened.”

He added: “We have to win against Atlético Madrid in any case. Then we’ll see what Madrid and Sevilla do.”

The 34-year-old was noticed having some discomfort during the game, on which he commented: “I was having discomfort but nothing serious, we played a big game after Thursday’s game and we have to continue to until the end, we are still in battle.”

There is a very tight La Liga race going on between Spain’s top 4 clubs, and when Piqué was asked ‘who will win the title?’, the captain said:

“Normally, I would tell you that whoever is leading the table will win La Liga, but in the current situation, it is very hard to tell. The absence of fans at stadiums affects things as well.

“It is not in our hands, but I think that if we win the four remaining games, we have many options to win the league.”

Things remain very competitive and exciting in the Spanish competition. Barcelona will focus on the Atletico game now – another win-or-win game if the Catalans want to remain their chances in winning the domestic double.