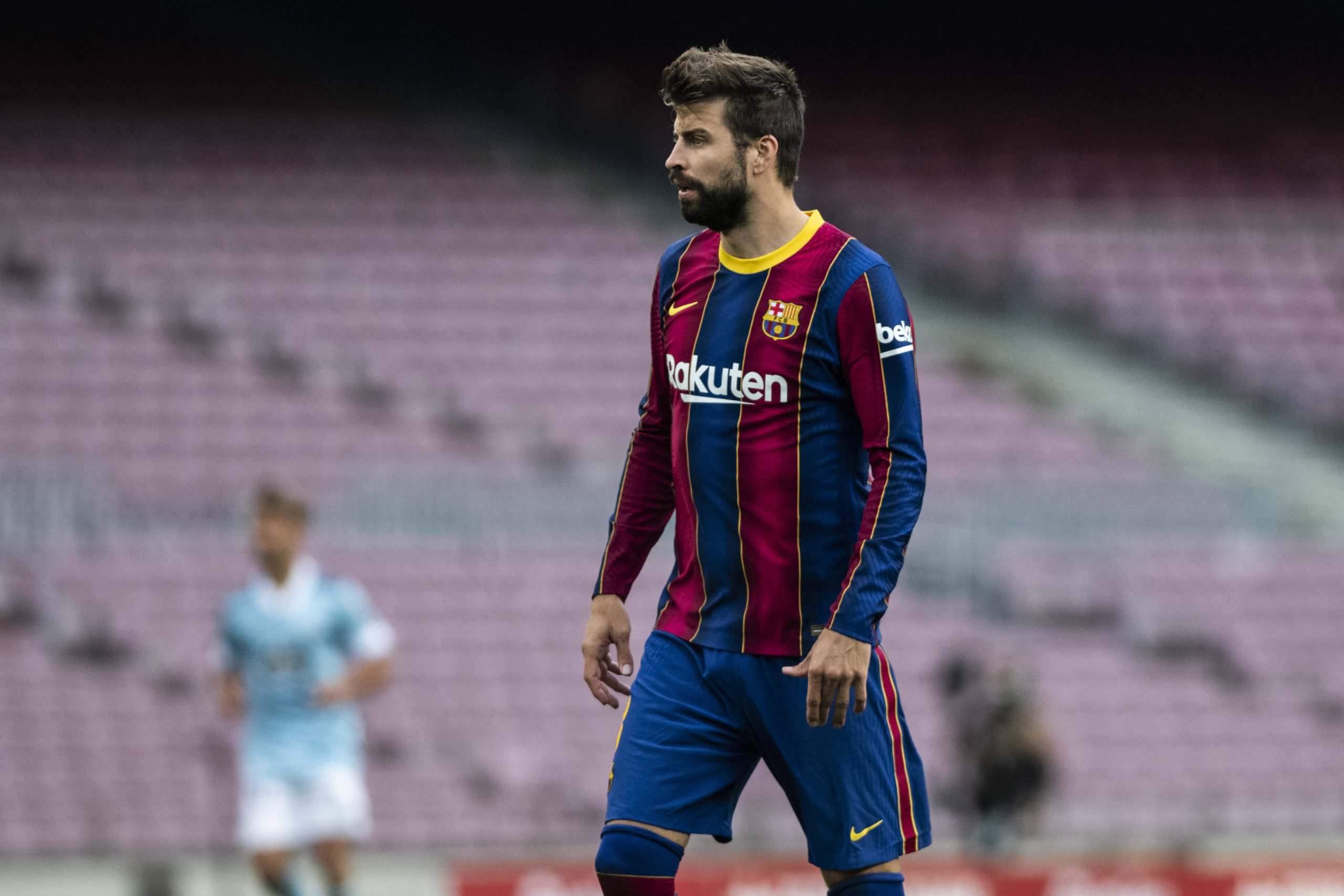 Speaking to Ibai Llanos on Twitch (h/t Mundo Deportivo), Gerard Pique has once again underlined his loyalty and love for Barcelona by stating that he would retire from the game if he was asked to leave the club.

Pique, a product of the Catalans’ La Masia youth setup, has been at the club for almost the entirety of his career, barring the four years between 2004 and 2008 when he was with Manchester United. Since returning to Camp Nou, though, the 34-year-old has been an ever-present at the heart of the Blaugrana defence.

Pique, till date, has racked up as many as 566 appearances for Barcelona, and has won numerous titles and trophies with the club. An absolute legend at the club and of the game, the veteran centre-back is entering the final phase of his career and struggled with fitness issues in the season gone by.

And, Barcelona are ushering in a new era under Joan Laporta. Eric Garcia has already arrived as part of a defensive rejig, with another centre-half likely to be signed this summer. So, there is a feeling that Pique will be eventually phased out of the team.

The defender, however, has ruled out the possibility of playing for any other club, stating, “If tomorrow Koeman tells me I have to go… I’ll quit football. I’m not going to play for any team other than Barça. Money won’t make me any happier than being here. I won’t play for a different badge than Barça’s.”

Pique was also quizzed about the possibility of him becoming the Barcelona president down the line once he is done with his on-field career. The defender admitted that it is something that has always excited him, before adding: “Becoming president? When I retire, let’s see…”

The chat moved from talks of his career to Barcelona’s transfers this summer, as Pique was asked his thoughts about new signing Sergio Aguero and long-term target Erling Haaland. “Haaland? Excellent player,” he said before adding, “Kun Agüero? We’ve always been in contact, really. He’s a great lad.”

Finally, Pique opened up on Barcelona’s local rivals Espanyol and their promotion back to La Liga after a year down in the Segunda Division, saying, “The truth is that it made me happy seeing Espanyol in the Segunda División, but I want them to be in La Liga. I want to play in their stadium, experience the derby. It’s part of the show.”