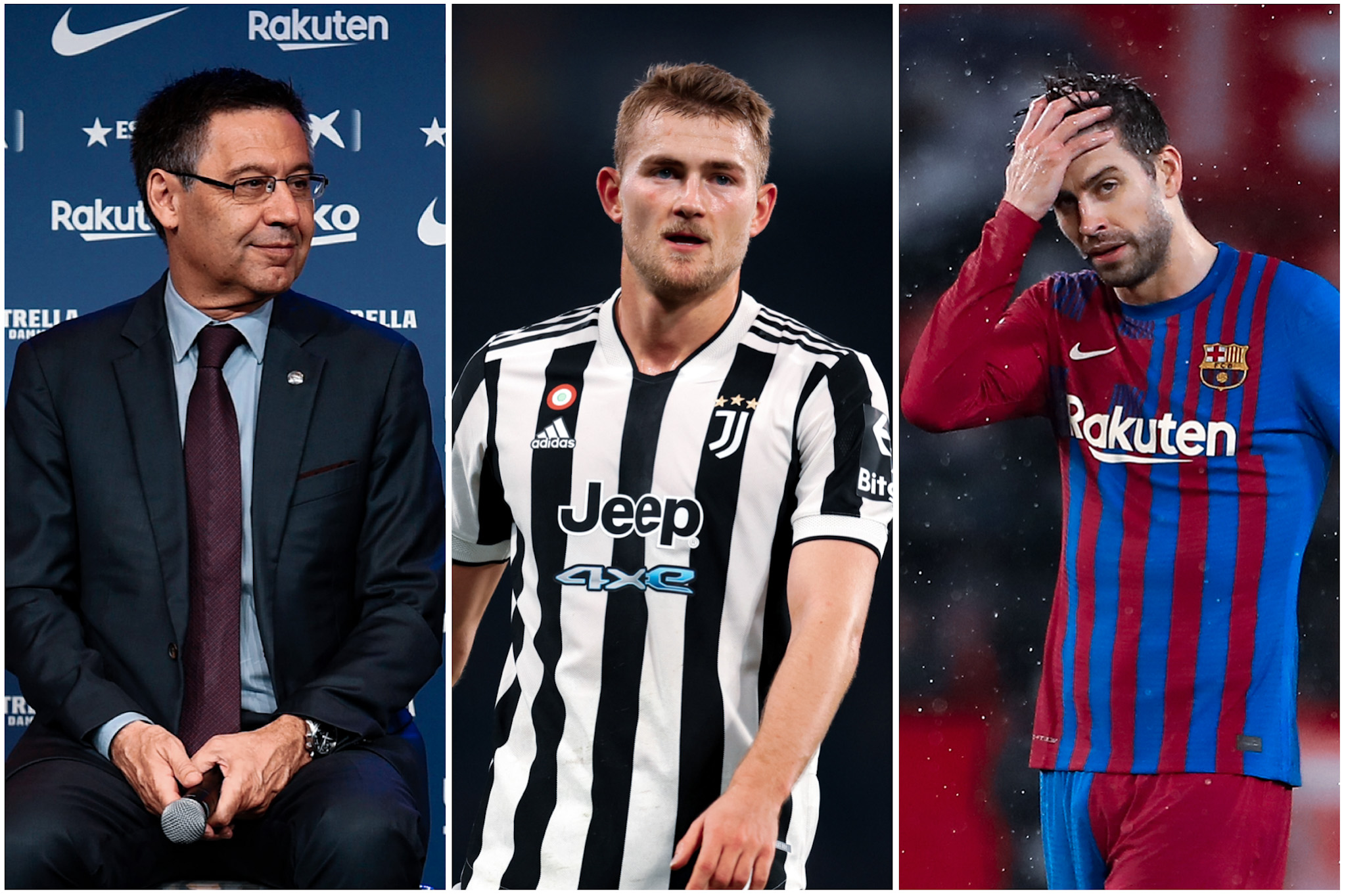 Spanish TV personality Albert Lesan has shared an excerpt of a brief talk he had with former Barcelona president Josep Maria Bartomeu, saying that it was veteran defender Gerard Pique who advised Matthijs de Ligt against joining Barça in 2019.

“After the program yesterday, JM Bartomeu called me. He said that in 2019, Pique and De Ligt coincidentally met each other vacationing in the Caribbean. Piqué told De Ligt that it was not the right time to come to Barça. After that, he moved to Juventus instead,” said Lesan in Spanish sports program El Rondo.

He added that everything was agreed between Barcelona, Ajax and de Ligt’s manager Mino Raiola, but Pique’s suggestion cracked the negotiation midway and the player moved to Juventus instead.

“According to him, Bartomeu then asked Pique if he had said that. Pique did say that they met each other, but that he had never told De Ligt not to come to Barça. He insists that everything was agreed with Ajax and Mino Raiola, but it broke down after this,” he added.

Barcelona, however, still stand a chance of signing the Netherlands international for a relatively cheaper cost compared to other clubs. Lesan said that there was a mention of something called a special ‘Barcelona clause’ in his chat with Bartomeu.

It is said that Raiola included a special clause, exclusive for Barcelona, in de Ligt’s contract that would allow the Catalan club to sign the young defender for €75 million; the same price that Juventus agreed to pay Ajax in five annual installments.

“Bartomeu also told me De Ligt has a €75 million release clause which is only valid for Barça. I didn’t know that,” Lesan concluded.

The youngest captain of Ajax, de Ligt played for the Eredivisie side between 2008 to 2019 before sealing a move to Juventus. By the time he decided to leave, the young centre-half had attracted heavy interest but it was Juventus’ financial prowess that prove out to be the winner.

As things stand, acquiring de Ligt even for €75 million remains a far-fetched dream for the Catalan club which is working on lowering their wage bills. Hence, adding another €8-10 million per year to their ledger makes no sense.