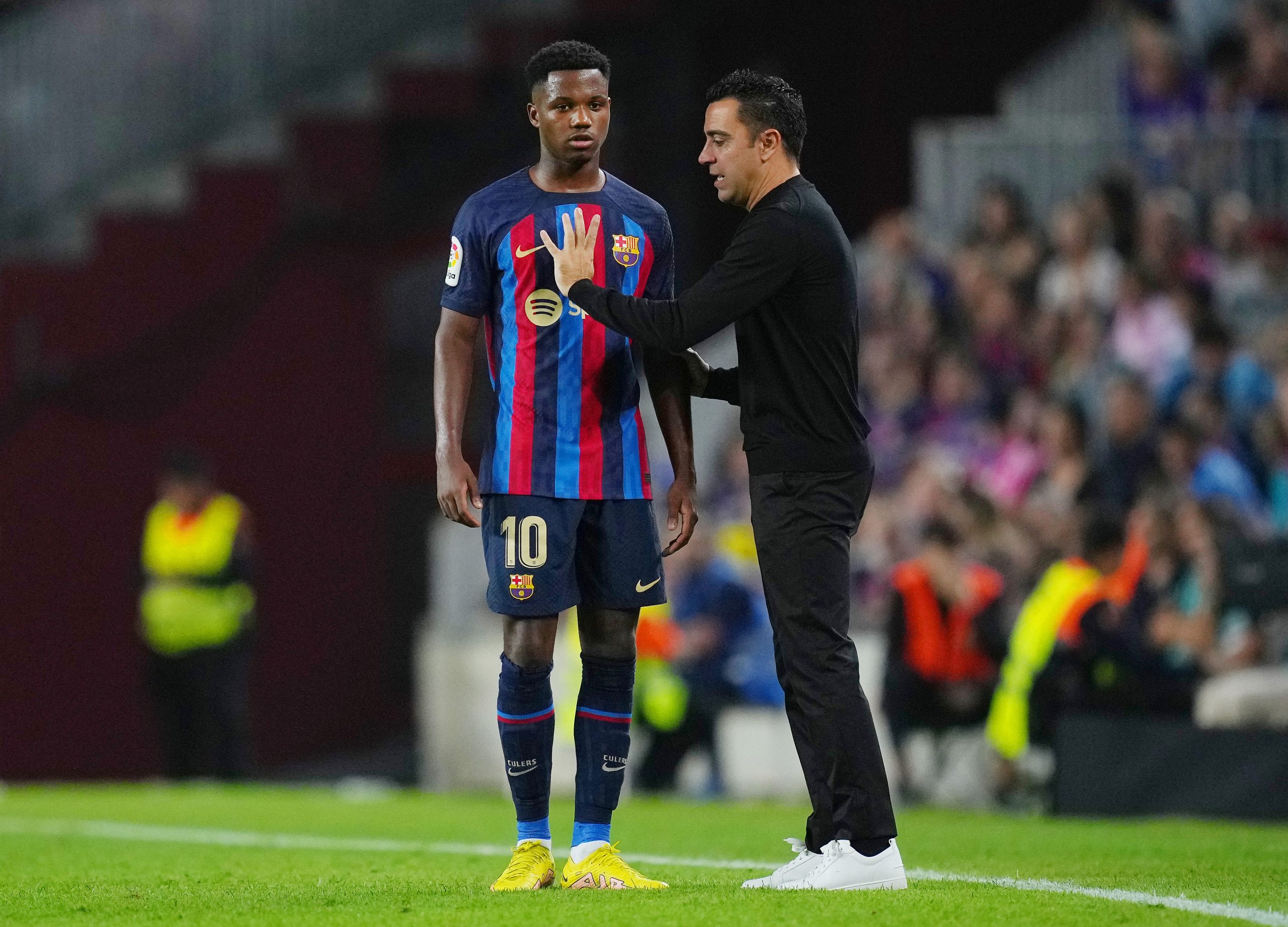 Barcelona’s hectic October continues tomorrow as they take a trip to Mestalla to lock horns against familiar foes in Valencia.

Los Che have been rebuilding their team slowly and steadily and are serious top-six contenders this season. That said, Gennaro Gattuso’s side sit ninth in the table, and have won just won of their last five games in the league.

Following their embarrassing 0-3 defeat at the hands of Bayern Munich on Wednesday, Barcelona will be looking to come out victors against Valencia. A win would take them level on points with Real Madrid – even if temporarily, but anything less could cost them dearly.

Ahead of the game, Xavi is expected to make a few changes to the starting lineup that took on Julian Nagelsmann’s Munich side. This is how we at Barça Universal predict the Catalans will line up against Valencia tomorrow.

Marcos Alonso started in central defence vs the Bavarians alongside Jules Kounde, but the Spaniard is not, and should not retain his position. In his place, we will likely see Eric Garcia start with the Frenchman.

We predict no changes in terms of shape for Barça, which means two fullbacks will be flanking the centre-halves.

Hector Bellerin had a tough time in the Champions League, playing Sadio Mane offside for the first goal. He should have a comparatively better time not playing against Alphonso Davies and Mane, though, expected to start at right-back.

On the other side, we will likely see Jordi Alba return to the team following a solid display against Bilbao last weekend.

This back-four will be guarding arguably Barcelona’s best player this season in the form of Marc-Andre ter Stegen.

We predict an entirely different midfield tomorrow, with neither Franck Kessie, Sergio Busquets, and Frenkie de Jong starting in the positions they did vs Bayern. In fact, it is expected that Kessie and Busquets will not even start the game.

We could see de Jong start as the defensive midfielder in place of the captain. The former Ajax man put in a solid display against Villarreal as a 6. He will be flanked by Pedri on the right, as the Spaniard returns after two games as a winger.

Gavi was deemed unfit to participate in any form against Bayern, but has been confirmed fit by Xavi for tomorrow’s game. The teenager will be round off the midfield trident on the other side of the park.

Apart from ter Stegen, the only constant for Xavi this season has been on the other side of the pitch in the form of Robert Lewandowski. The Pole has the second-highest goals this season in the top five leagues after Erling Haaland, and will hope to continue his brilliant streak.

If reports have any truth to it, Xavi has found this ideal front-three, more than two months into the season. That features Ansu Fati on the left-wing, even though the Spaniard has not started any of the last two games.

We do, however, expect him to start tomorrow, partnering Ousmane Dembele, who starts on the left.

Ferran Torres has almost consistently been impressive coming off-the-bench this season, and will likely be the first one to keep that streak alive, with Raphinha joining him in the efforts.

Franck Kessie’s display against Bayern was, once again, hit and miss. The Ivorian will get the nod against Valencia as a substitute. Pablo Torre will also come on in midfield, too, with Xavi confirming the youngster will receive more minutes soon enough.

We include the final inclusion to come in the form of Alejandro Balde, who put in yet another solid shift against Bayern at left-back.