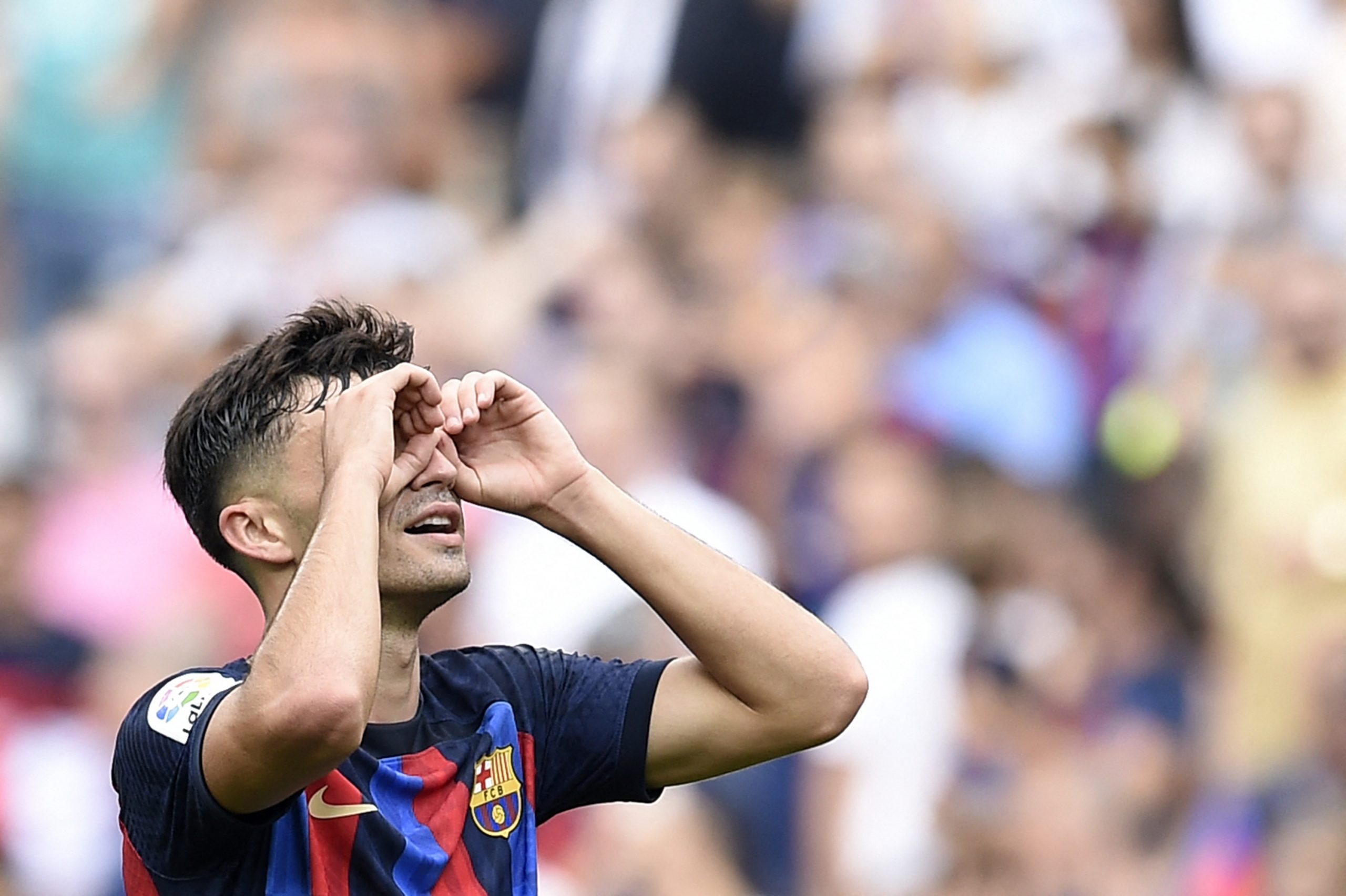 Barcelona will shift their attention from the league to the Champions League, where another group of death fixture awaits them. Tomorrow, they visit San Siro to take on Inter Milan for the third round of Champions League group fixtures.

Simone Inzaghi’s men are level on points with Barça in the group, having won one of their two available games so far – both vs Viktoria Plzen. However, the league paints a completely different fixture for each of them.

On the one hand, Inter are struggling, languishing in 9th place in Serie A with four wins out of eight. Barcelona, meanwhile, are the current leaders of La Liga after Real Madrid dropped points against Osasuna yesternight.

Inter’s manager has hailed the Catalans as the favourites heading into the game, and also called them among the three best teams in Europe at the moment.

Evidently, Xavi is on the right path if experienced coaches like Inzaghi are heaping praises on him. But how will his Barcelona line up tomorrow? We at Barça Universal take a look.

There will undoubtedly be a few changes in the starting lineup tomorrow; some out of necessity and others out of rotation. Marc-Andre ter Stegen, though, retains his place in the goal, hoping to keep his first clean sheet in the UCL this season.

Ahead of him, we will likely see Eric Garcia return to the heart of the defence, paired up alongside Andreas Christensen. The Dane’s performances have gone under the radar so far this season, but he was nearly flawless yet again against Mallorca on the weekend.

Alejandro Balde started as the right-back against Mallorca, with Jordi Alba on the other side of the quarter. Both of them will, in all probability, be benched, however, in favour of Sergi Roberto and Marcos Alonso respectively.

Roberto was not given the nod from the start on the weekend to keep him fit for the Inter clash, while Alonso is still getting used to new circumstances at Barcelona. His display against Bayern Munich, however, warrants him a position tomorrow.

Much like the game against Bayern, Xavi rested Pedri in the previous game to keep him fresh for the big game coming up. The Spaniard will, almost definitely, return to the starting XI tomorrow.

He will likely accompany another mainstay, Sergio Busquets, who was one of the better performers against Mallorca. The captain played a full 90 minutes, but is essential without a replacement right now.

Frenkie de Jong is not in contention to feature against Inter, having been omitted from the squad list.

As such, we will see 18-year-old Gavi in action again tomorrow despite reports of him having picked up an injury. Franck Kessie’s performance was not enough for him to replace the Spanish midfielder, and a change in formation seems unlikely right now.

Robert Lewandowski almost singlehandedly won Barcelona the game on Saturday after his moment of individual magic in the first half.

He has been nearly unplayable for the most part this season, but will hope to leave behind his performance against Bayern from the previous matchweek, starting as the striker tomorrow.

In his aid, we should see Ousmane Dembele retain his place in the attacking trident, albeit on the left-wing instead of the right. The Frenchman had one of his quieter nights against Mallorca, but will get much more space vs Inter.

Finally, we round off the lineup with none other than Raphinha as the right-winger. The former Leeds United man had a sensational international break, but was rested in the league. Tomorrow, he has the chance to nail down a spot in Xavi’s XI with an impressive showing.

We could see Franck Kessie get a chance off the bench, likely replacing one of Gavi or Busquets, given the circumstances. The Ivorian will be back in Milan and will fancy a run-out at San Siro.

In defence, Balde is a strong candidate to replace one of the fullbacks to add more offensive dexterity to the team. His darting runs from deep have been very helpful to unlock mid-blocks – something Inter know a thing or two about.

Ansu Fati and/or Ferran Torres are, as always, front-runners to get some game-time. The former looked much sharper vs Mallorca, while the latter will hope to revitalise his form soon.

Finally, we cannot rule out some minutes for Marc Casado – Barça Atletic’s central midfielder. Xavi used the youngster as a right-back in pre-season, and could resort for the same tomorrow if Roberto is unable to maintain his fitness.