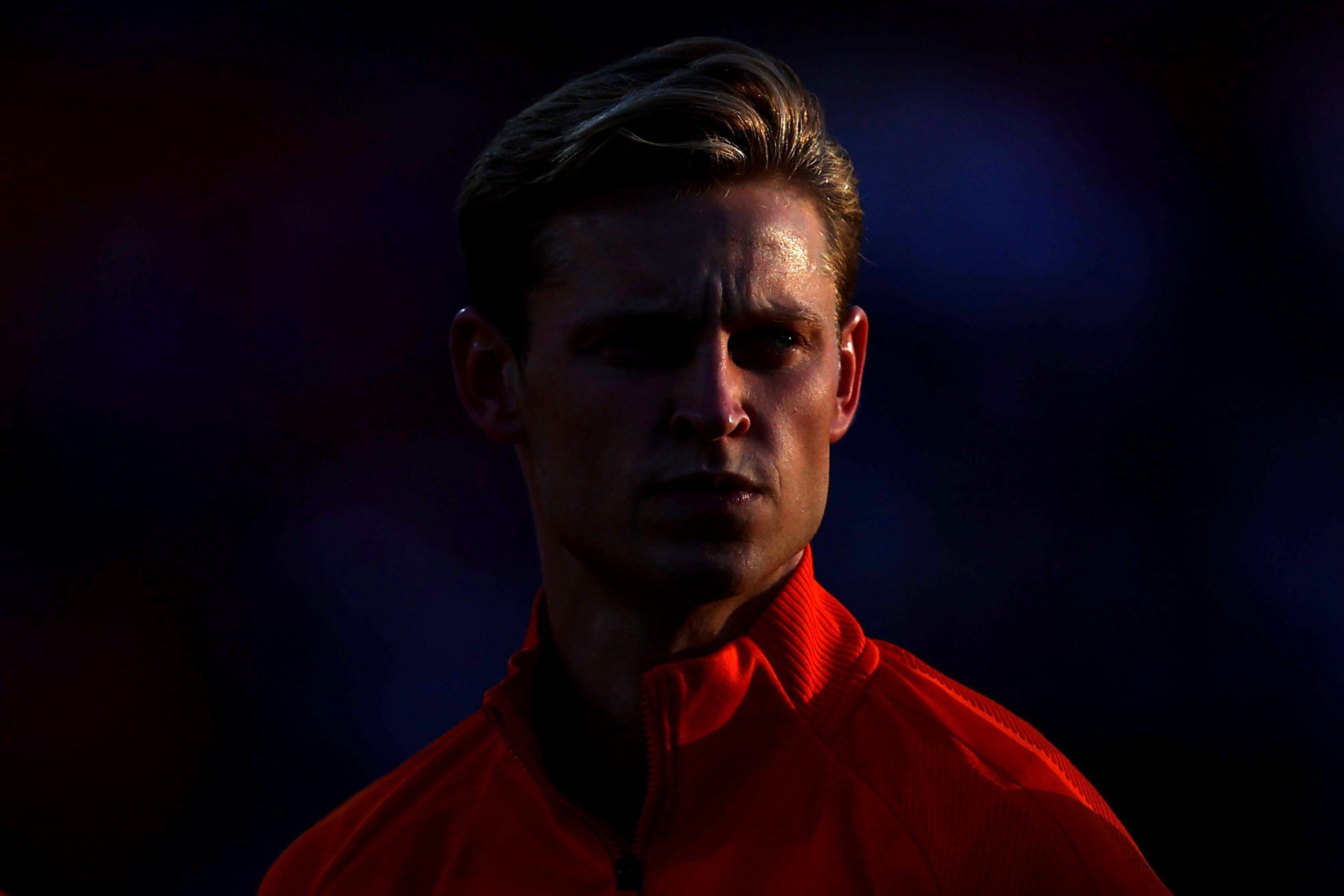 Frenkie de Jong has dominated the headlines in the transfer market over the past few weeks, as Manchester United step up their efforts to sign the Barcelona midfielder.

There is no doubt the former Ajax starlet has emerged as a transfer priority for new coach Erik ten Hag. The Dutchman has urged to board the complete the deal to sign the influential midfielder ahead of the new season.

Sky Sports journalist Angelo Mangiante has recently issued an update on Frenkie de Jong’s transfer saga, suggesting Manchester United are closing in on the capture of the Barcelona midfielder.

The Premier League giants are willing to fork out a fee of around €75 million-plus add-ons. The deal is on the verge of completion, with the Dutchman all set to become United’s first big signing ahead of the new season.

The report from Mangiante comes in the midst of earlier speculations over Manchester United’s negotiations with de Jong over personal terms. It can only be assumed the player has agreed to put an end to his career at Camp Nou, albeit reluctantly.

Frenkie has indeed resisted the attempts to lure him away from Camp Nou so far this summer. He wants to continue at Barcelona and become a part of the club’s success under the leadership of Xavi Hernandez.

However, the internal pressure from the board was undeniable as Barcelona are keen to get rid of the midfielder, as part of their plans to generate the revenue ahead of the new season.

Should the move go through, Barcelona will be given a significant financial boost that will help them step up the pursuit of Robert Lewandowski, among many others.

Frenkie de Jong might not be the only player to leave Barça this week, with the club also urging Clement Lenglet to accept Tottenham’s offer while both Samuel Umtiti and Riqui Puig want to seal a move away from Camp Nou in the near future.