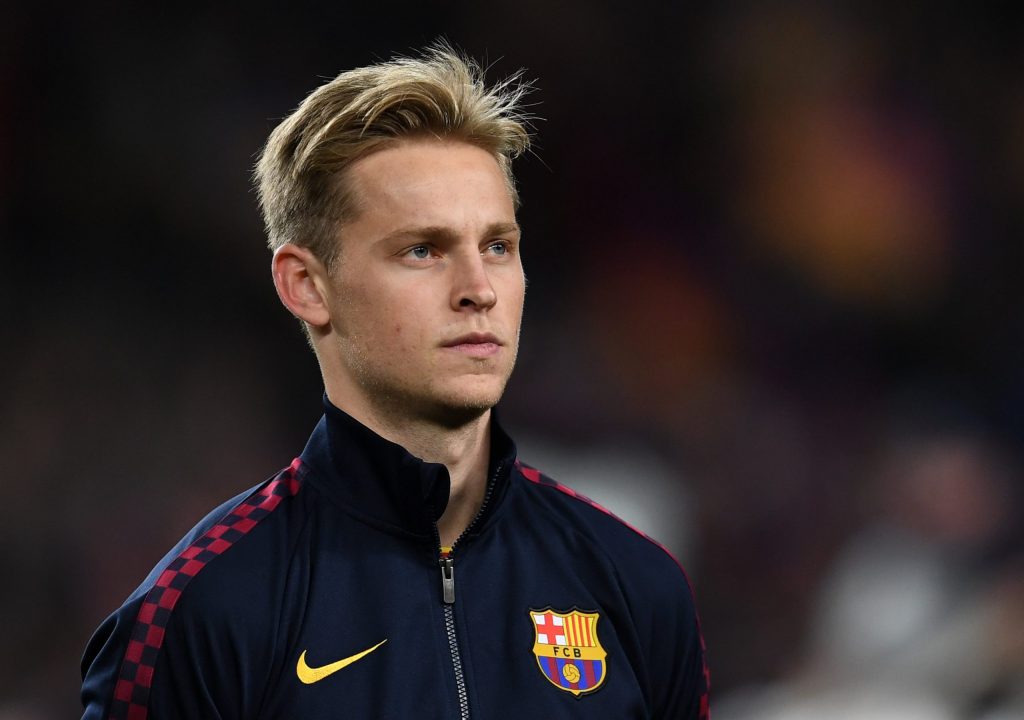 Before the Coronavirus pandemic made Spain close its borders, Barcelona player Frenkie De Jong managed to fly back to his home country of the Netherlands in good time. He spends his time in isolation, just like every other football player. De Jong talked about his daily routine, his diet, his first year at FC Barcelona, and more.

About the quarantine situation in Holland

De Jong: “The situation here is not necessarily better, but less bad than in Spain. You cannot go out in Spain, here you can. We can go outside to walk or go for a walk, three people are allowed to stay outside. I came straight here when Barcelona stopped training, luckily I went to Holland before the curfew [in Spain] was imposed.”

How is your daily routine?

De Jong: “After breakfast we usually go for a walk with the dog, after that I usually go on the treadmill, run, do exercises. Then I watch series, play with the dog – things like that.”

De Jong: “Mikky (his girlfriend) almost always cooks, I don’t cook. I eat a little less than usual, because I train less than usual, so I eat less I pay attention to what I eat and drink, but I don’t have a particular diet like “I have to eat this and this now”. ”

What do you miss the most?

De Jong: “Going to the club, the daily routine: meeting my teammates, training with them. I always enjoy it very much, but we haven’t been able to do that for a few weeks now sitting and waiting for the situation to change. But there is no other option, we just have to do it and just wait patiently.”

How do you train?

De Jong: “The fitness trainers sent us a training program, there are exercises every day. They ask every day how to get along. I think that’s good for us, you stay in shape – not in the normal way the case is, but as good as possible. “

Do you rewatch old games?

De Jong: “Not completely, but of course I watch a few highlights. Not just from our games, but in general. But I don’t watch certain of our games this season.”

Your best game for Barcelona so far?

De Jong: “Maybe the game against Dortmund or Inter Milan in the Champions League.”

Your previous performances with Barcelona?