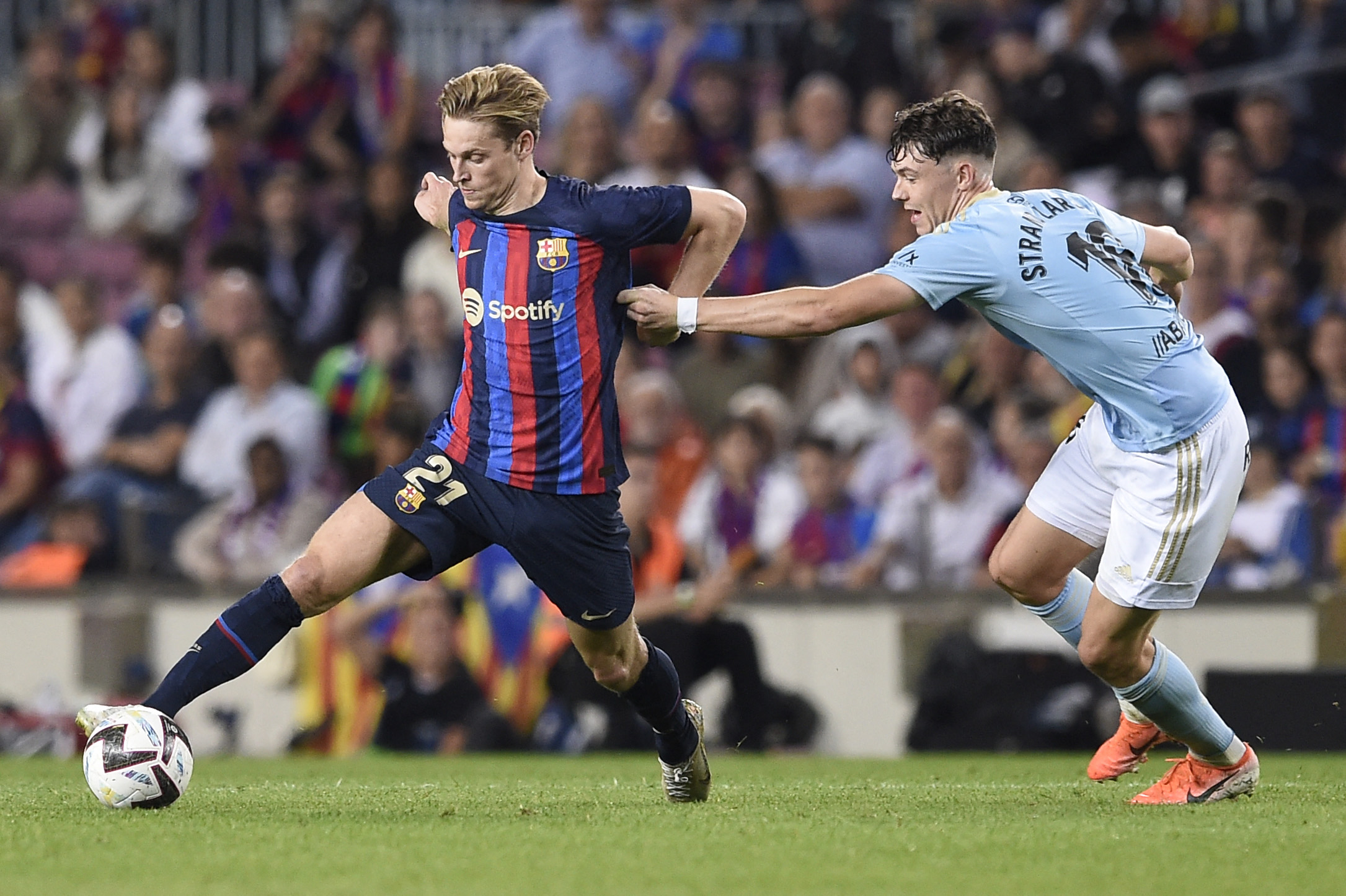 After Real Madrid ground out a 1-0 victory against Getafe on Saturday night, all eyes were on Barcelona to see how they would respond against Celta Vigo.

Coming off the back of a 1-0 loss to Inter Milan where Barça were largely toothless, the culers hoped for a fighting response from their side, who have looked out of sorts since the end of the international break.

Despite the Catalan side not being at their free-flowing best on Sunday, they earned a hard-fought win against Celta Vigo, courtesy of a Pedri winner.

Reflecting on the result, Frenkie de Jong reacted, saying, “These are the kind of matches that win you La Liga, but we need to improve.”

It is hard to disagree with the Dutch midfielder, as it is the stuff of champions to get over the line, despite not being at your best.

Especially for a side such as Xavi’s, which tends to be the superior team on the balance of play and yet, do not always get the deserved result on the day, as recently witnessed against Inter Milan.

The ex-Ajax star further discussed his side’s performance by saying: “We suffered a lot, especially in the second half. There is a lot we can fix in the game.”

He added, “We couldn’t think about Inter before beating Celta. Now, we have to start thinking about Wednesday’s match.”

After a few stale years at the club, Xavi has ensured Barcelona have returned to becoming a side that competes on all fronts.

With the peaks and troughs that come with said status, it is unsurprising to see players such as de Jong take every game as it comes, as they are starting to understand the challenges that come with being an elite team once again.