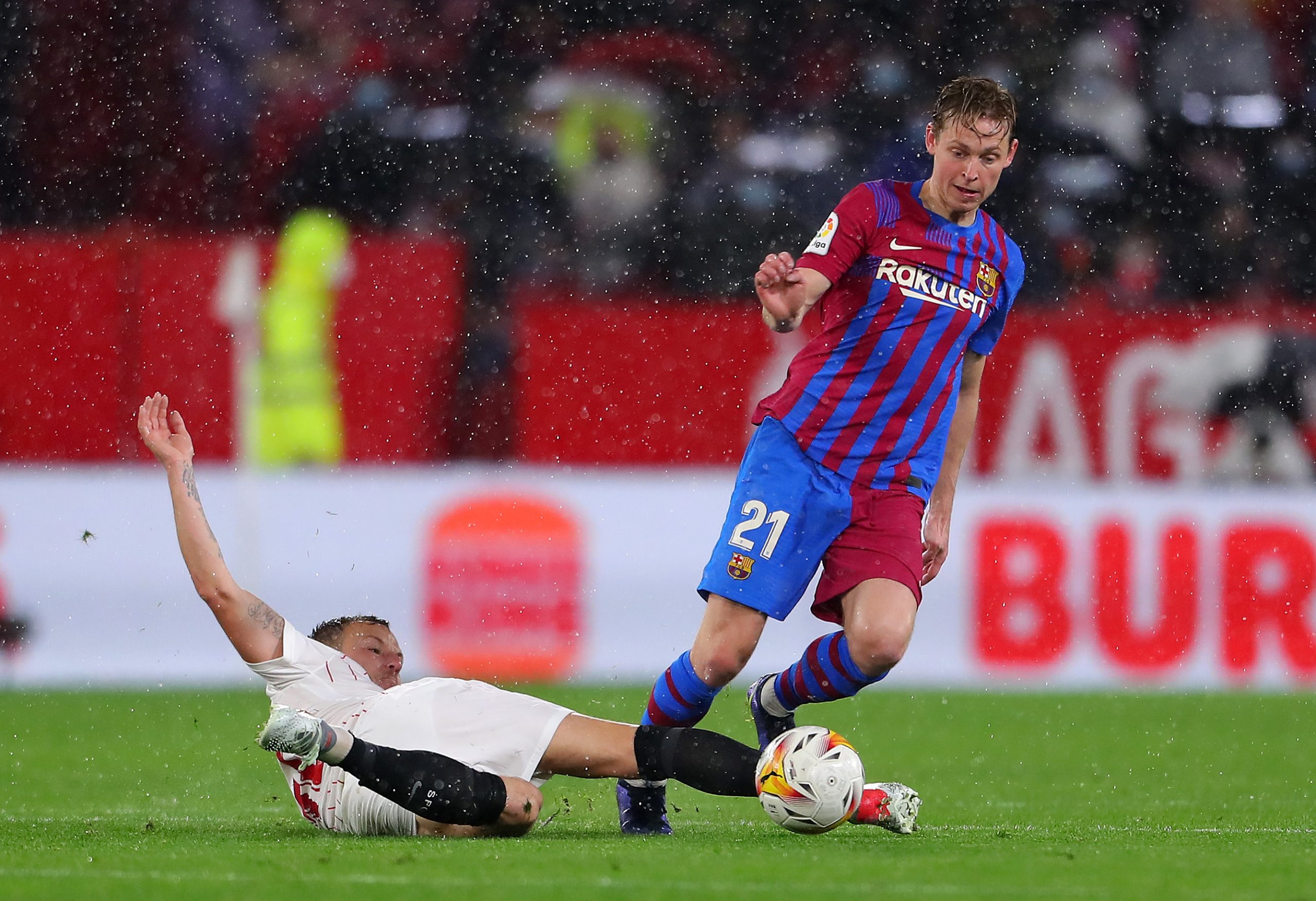 Barcelona’s final match of the calendar year did not go as per plans as the Catalans were held to a 1-1 draw against Sevilla at the Ramon Sanchez Pizjuan.

The in-form home team grabbed the lead just past the half-hour mark through Alejandro Gomez. The Blaugrana equalised on the cusp of half-time, though, through Ronald Araujo.

Barça were handed a boost for the final half an hour when Jules Kounde was sent off for lashing out and throwing the ball at Jordi Alba.

But they failed to make the most of the numerical advantage, with Ousmane Dembele’s effort striking the woodwork the closest that the Catalans came to breaching the Sevilla goal.

The result sees Barcelona move to within two points of fourth-placed Rayo Vallecano, although they remain seventh in the table.

Speaking after the game, midfielder Frenkie de Jong claimed that Barça were the better team on the night and deserved to win.

Barcelona will now go into a near two-week winter break before returning to action in the new year against RCD Mallorca, where Xavi Hernandez will hope to have the likes of Pedri, Ansu Fati back from injury, while Dani Alves could also become eligible for selection.