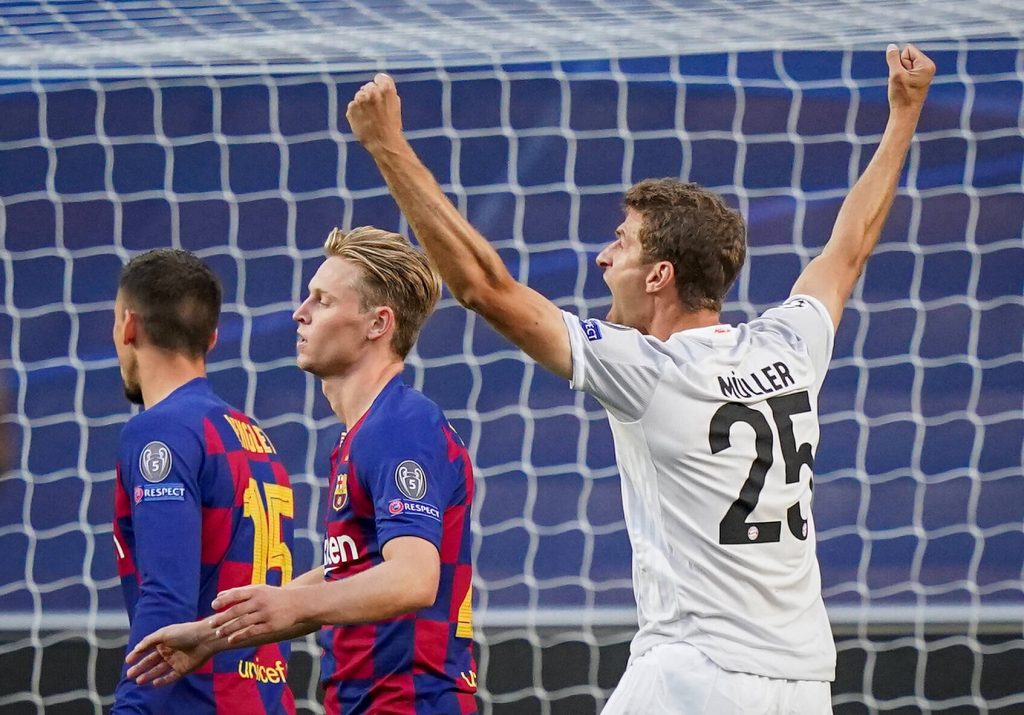 Frenkie De Jong, one of Barcelona’s best signings lately, stated that the team lacked “intensity and hard work” against Bayern Munich. The Dutchman added that they must “change many things” after Barça went through the worst defeat in their Champions League history.

“I think that today, it could be seen that we have a lot of problems in the team. We know that we have to make a lot of changes. It’s difficult, we apologize to the fans. I think we have to change a lot of things.”, said the Barça midfielder.

“But they were much better than us. I don’t think it has to do with talent, I think it’s the intensity and hard work. We have to change these things. It’s a huge disappointment, not just for me, but for all the club, because this club is accustomed to winning trophies.”, he continued.

The 23-year-old believes that considering that Barça is the biggest club in the world, they should have performed much better.