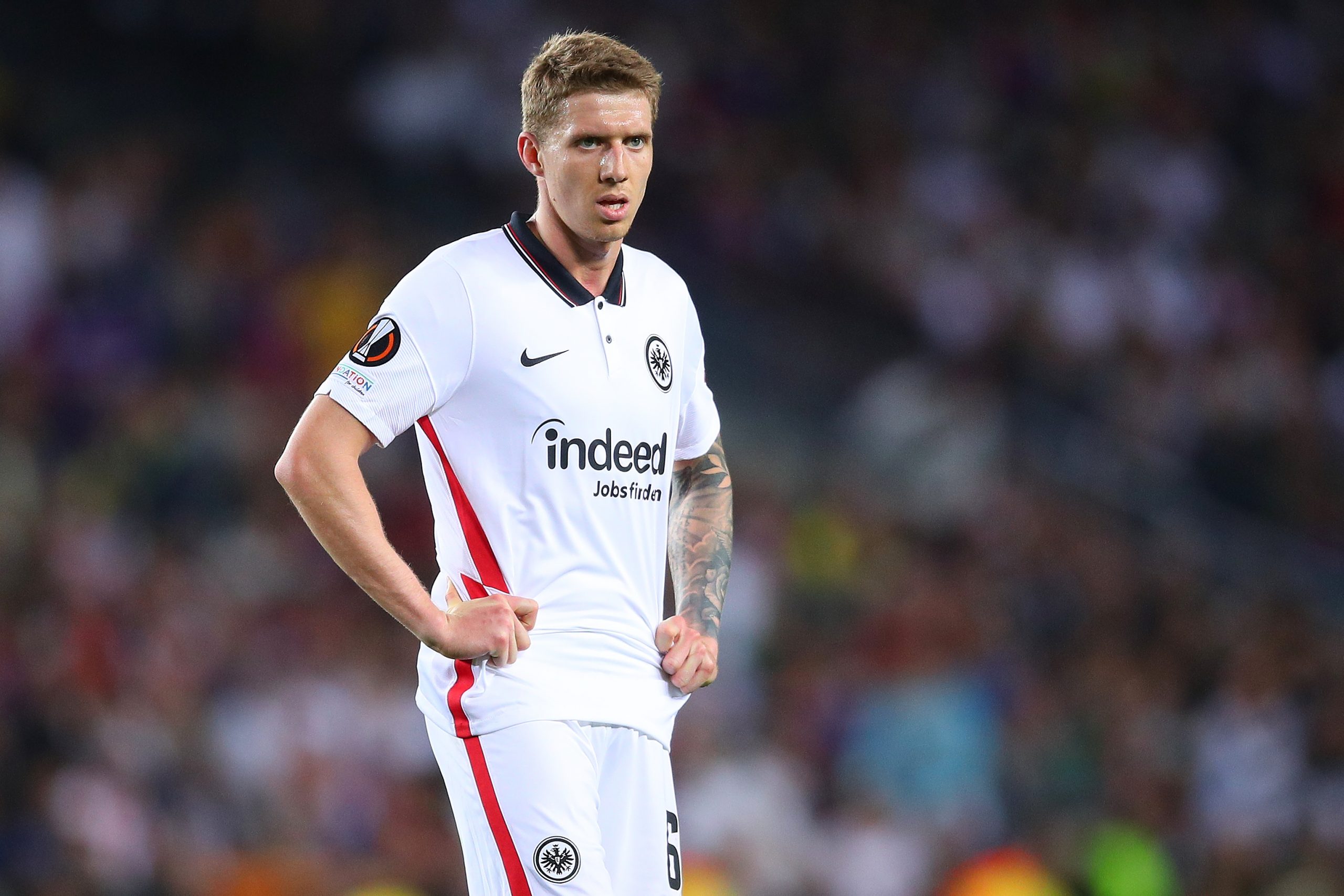 Eintracht Frankfurt’s shocking 3-2 win over FC Barcelona at Camp Nou has made waves across European football this week, with the Catalans getting eliminated from the quarter-final of the UEFA Europa League.

One of the protagonists for Eintracht Frankfurt in their famous win over Barça was Kristijan Jakic. The Croatian defensive midfielder starred for SGE across the two legs, offering solid resistance for the backline and making life difficult for the likes of Gavi and Pedri.

Speaking to the media after the win, Jakic revealed his promise to Real Madrid midfielder and national teammate Luka Modric of beating FC Barcelona in this Europa League tie.

Ahead of the game, Modric had told Jakic: “‘You have to beat Barcelona”. The Frankfurt starlet fulfilled the promise by producing a memorable display in the middle of the park.

Revealing the promise, Jakic told Sportske Novosti: “Captain, I promise we’ll win!’ Well, I kept my promise. When you promise something, you have to keep it, don’t you?”

However, it was not all smiles for Kristijan Jakic at the end, as his yellow card in the 24th minute means he will miss the upcoming semi-final first leg encounter against West Ham United.

It could prove to be a massive blow for Eintracht Frankfurt, who are also missing defensive lynchpin Evan N’Dicka after he was sent off for a second yellow card.

N’Dicka’s conceded penalty had almost paved the way for Barcelona to make a late comeback, but it was too little too late for Xavi’s men at the end.