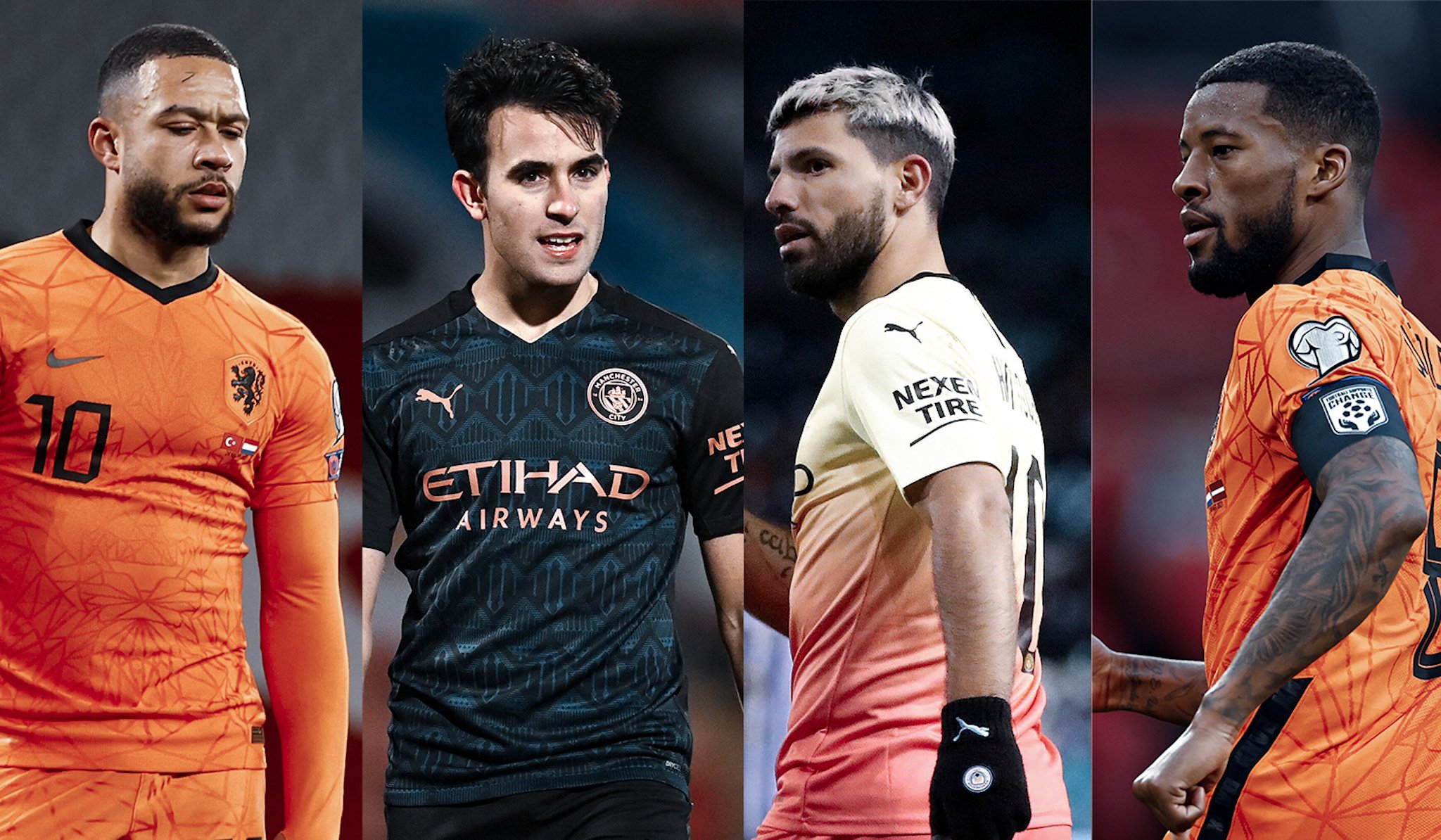 Ever since Joan Laporta has assumed offices at Camp Nou, several players have been linked to Barcelona. The newly elected board has also met the manager, Ronald Koeman, and Technical Director, Ramon Planes. It seems that after the first round of meetings, the management has shortlisted four targets that will be on a free agent in the summer. Barça Universal takes a look at each one of them.

Memphis Depay, like other players in the Dutch national team, shares an exceptional relationship with the current Barca’s manager. The Dutch forward was a crucial part of Koeman’s system during his time with the Oranje. Since the day Koeman has joined the Catalan club, he has insisted on a move for Depay.

The 27-year-old was very close to a move to Camp Nou, with Barcelona trying to finalize a deal until the last minute on deadline day. However, a shortage of funds resulted in a no-deal. Multiple reports during the winter transfer window stated that the Blaugrana still might go for him.

Depay’s priority is to play at Barcelona.

Depay will run out of contract in the summer, and the Catalan club is waiting for his transfer so that they will not need to pay any fee to acquire his services.

The Dutchman has currently 14 goals and 9 assists to his name in Ligue 1. He has been in exceptional form this season. Considering his age and experience, he will be a perfect signing given the financial condition of the Blaugranes.

Georginio Wjinaldum was amongst the names who Koeman wanted at the start of the season as soon as he took over. Like Deapy, both of them share a terrific relationship as Wjinaldum was a constant on the name sheet during Koeman’s time as the coach of the Dutch national team.

Due to the precarious financial condition of the Catalan giants, they could not make an offer to sign the Liverpool midfielder last summer. After the emergence of Ilaix Moriba, it seemed that Barcelona will stop their pursuit for Wjinaldum.

Wijnaldum demands a €8m salary and three-season contract at Barcelona.

However, multiple reports from Catalonia have indicated that the management still wants him. Similar to his dutch compatriot, his contract will also end come summer which makes him a viable signing.

Even with his contract ending in June, the dutchman has been one of the first names in Jurgen Klopp’s starting eleven, amassing 39 appearances across competitions. His strength and ability to retain the ball in midfield is something Koeman is fond of. If Barca can finally pen a deal with the 30-year-old, it will surely boost the quality of an already stacked midfield.

Alongside Depay, Eric Garcia was also another name for whom Barça was trying to work out a deal until the last minute on the deadline day. However, a deal could not be finalized as both the clubs could not reach an agreement on the transfer fees.

Garcia is another example of a player who has been born and brought up at La Masia and is a liked figure in Catalonia. Owing to his contract situation, he has not received much playing time at Manchester City this season. However, Pep Guardiola has said multiple times that he wanted Garcia to renew.

Eric Garcia is set to sign a five-year deal at the Camp Nou, and become Joan Laporta’s first signing since returning to the club.

Even after getting fewer minutes at City, he has put in strong displays at the European World Cup qualifiers. The strong willingness of the 20-year-old to come back to his boyhood club will pray a crucial role in his signing. Multiple reports have stated that he will be the first signing in the presidency of Laporta.

Sergio Aguero is the only name who was not a potential target in these four names. With Manchester City confirming that the player would leave, he has been linked with multiple clubs including Barcelona.

The major point of difference that resulted in the renewal talks falling out was the Argentine’s refusal to accept a pay cut. He leaves England after ten triumphant years amassing 251 goals and 51 assists in 384 appearances.

Aguero will agree to a salary cut in order to play with Messi.

Undoubtedly, the Catalan club is in a dire need of a No 9, however, signing Aguero would only be a temporary solution until the club can afford a world-class striker. The Argentine’s desire to play alongside his compatriot Lionel Messi can play a major role in him choosing Barca over other options.

The 32-year-old has spent the majority of this season on the sidelines. This is something which will surely be a point of concern as his signing will mean that club can’t go for other quality strikers available in the market. If he can perform on the level that he has been doing for the past decade, he will be a great signing, that too for free.