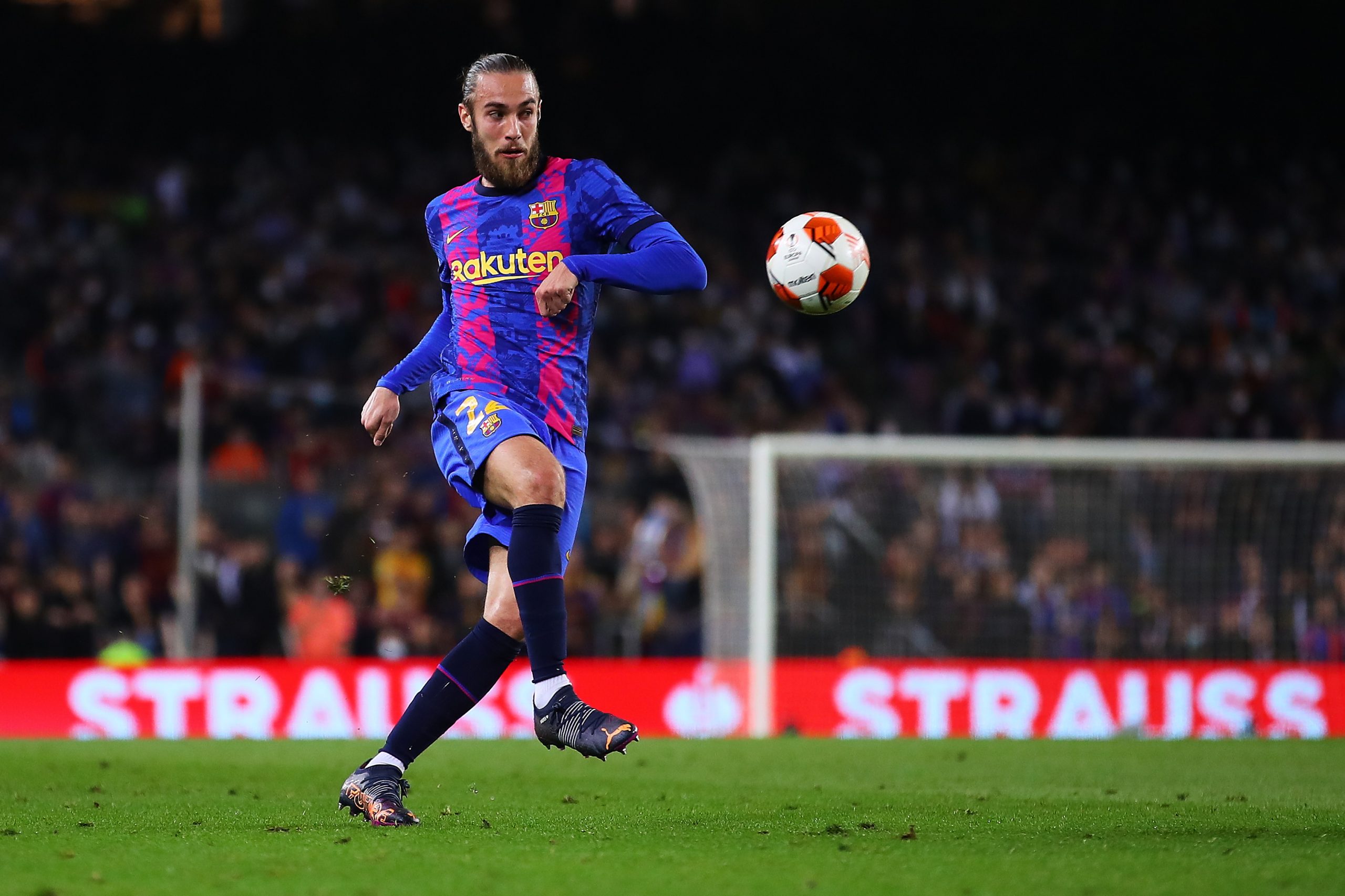 Gabriel Sans of Mundo Deportivo has reported that there are currently four clubs in the hunt for the signature of FC Barcelona defender Oscar Mingueza. Celta Vigo, Genoa, TSG 1899 Hoffenheim and AEK Athens are reported to be the four teams that are most interested in the signing.

However, the report also states that the operation of an exit could be very difficult due to the club’s demands for the player. Reportedly, Barça are asking for a fee of €5 million for the 23-year-old while the clubs hunting for the player would prefer a lower transfer fee.

It has been very clear since Xavi Hernandez’s appointment that the coach does not look at Mingueza as an option in either his natural central defensive position or the right-back slot.

Mingueza had fallen far down the pecking order by the end of last season with all of Eric Garcia, Clement Lenglet, Gerard Pique and Ronald Araujo being preferred over him.

The defender has been of the mind that a move would be best suited for his career and immediately accepted when he was told by the club that he would not be included in the plans for next season.

Mingueza has become a subject of interest for the four aforementioned teams, who have contacted Barcelona over a possible transfer. The player is aware of this, but unless swift negotiations result in one of the two parties caving in, the departure could slow down.

The interest from all the clubs is sincere, however, all of them are dependent on the financial parameters set by Barça. Although he intends to prioritise a stay in La Liga in order to speed up adaptation, the player would not have an issue moving outside of Spain.

Mingueza has asked the parties involved with his transfer to hurry up talks for his departure, as the start of next season already looms large, and he would prefer to try and settle into his future team before the season officially dawns.