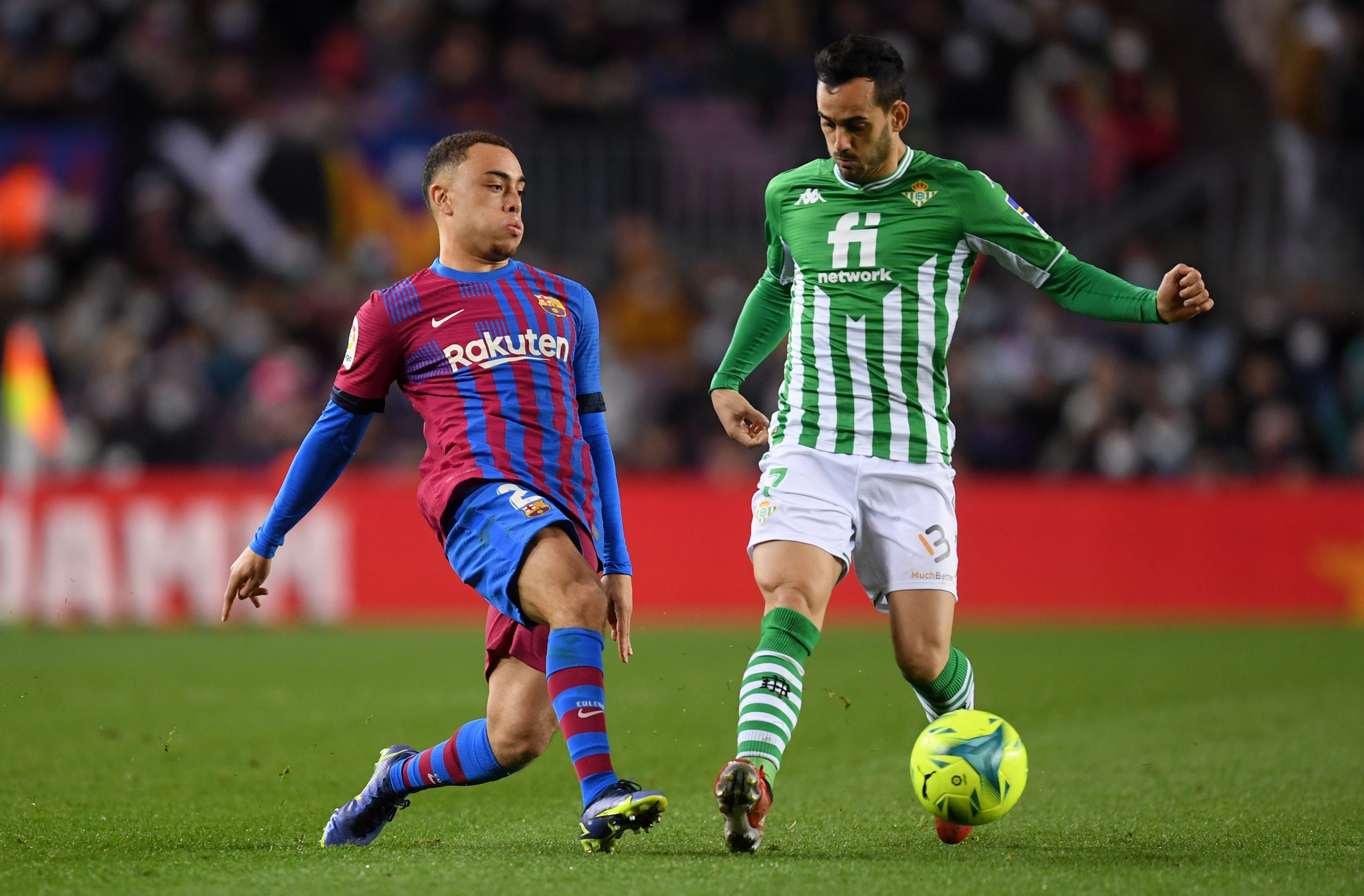 With the January transfer window almost upon us, transfer activity is expected to pick up across clubs all over Europe.

Barcelona have already made a huge move ahead of the mid-season trading period, having completed the capture of Ferran Torres from Manchester City earlier this week. However, that might not be the end of business at Camp Nou in the winter window, as more incomings could be on the cards.

However, in order for that to happen, the Blaugrana will need to offload some players to free up room on the wage bill and stay in compliance with La Liga’s salary limits. One of the stars who has been linked with an exit in January is Sergino Dest.

The USMNT star has fallen out of favour this season, having struggled to convince former manager Ronald Koeman or current boss Xavi Hernandez. The 21-year-old has not done enough to nail down a place in the side since his arrival last year.

And with Barça having signed Dani Alves and having their sights set on Dest’s former Ajax teammate, Noussair Mazraoui, an exit in the upcoming transfer window could be on the cards.

And, if an update from Mundo Deportivo’s Roger Torello is to be believed, there seems to be no shortage of clubs vying to sign the ex-Ajax starlet. Indeed, the report claims that as many as four Champions League clubs are vying to sign Dest in the upcoming January transfer window.

Two of those clubs are believed to be Bayern Munich and Chelsea. The former have held a long-standing interest in the USMNT defender and had tried to sign him before he signed for Barcelona as well as earlier this year during the summer transfer window.

As for Chelsea, their interest in the full-back stems from the long-term injury to left-back Ben Chilwell. The Blues believe that Dest can be an ideal solution to fill in for the second half of the campaign, even though he has not played all that much on the left flank.

However, the report adds that despite the interest in Champions League calibre clubs, Dest remains keen on staying put at Camp Nou. The 21-year-old snubbed many lucrative offers to join Barça in 2020 and remains keen on achieving success with the club. So, he is now keen on working his way back into Xavi’s plans and proving that he has plenty to offer.

Earlier this year, it had been reported as to how Dest was obsessed with improving his game. The defender constantly requests video clips to look at his mistakes in the defensive side of things and iron out those flaws from his game, while also trying to improve aspects like covering, building play from the back.

If the youngster continues to show the same drive and application and can put his recent injury woes behind him, he can certainly force his way back into the first team at Camp Nou.