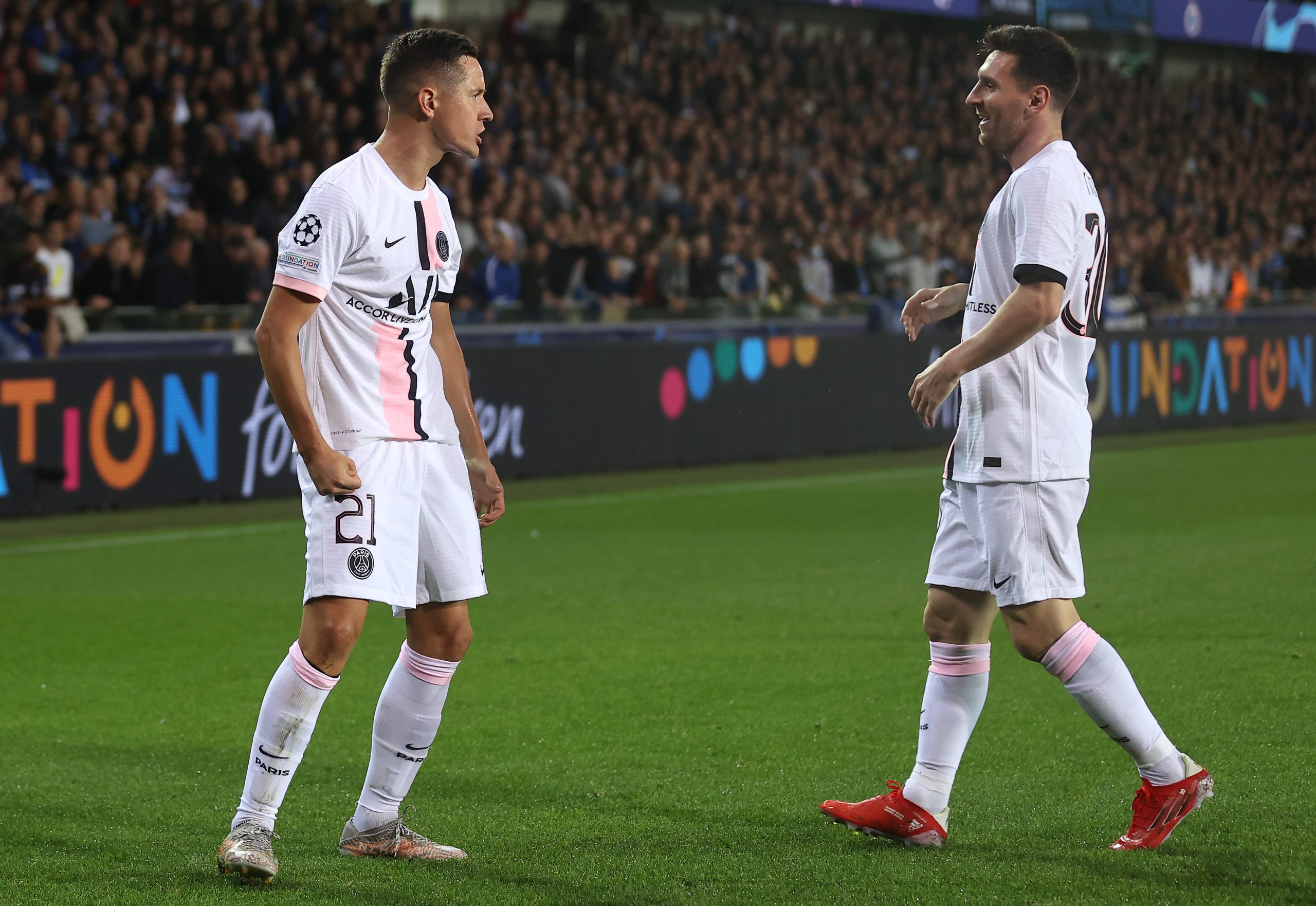 Speaking to AS, Paris Saint-Germain midfielder Ander Herrera has lavished praise on his teammate Lionel Messi, claiming that the former Barcelona captain is the best ever footballer of all time.

Messi left Barcelona last year to join Paris Saint-Germain on a Bosman deal after the Catalans failed to renew his contract due to their financial difficulties.

The 35-year-old Argentine superstar had a mixed debut season in France as he had to deal with injuries and Covid-19 very early in his stint, which meant he made a slow start. However, he picked up pace in the second half of the campaign and helped PSG win the Ligue 1 title.

Messi ended the season with six goals and 15 assists from 26 Ligue 1 matches, while he netted five more goals from seven appearances in the UEFA Champions League.

Those numbers are not up to the standard that Messi usually sets for himself, but Ander Herrera has come out in defence of the ex-Barcelona captain, stating that people expect the seven-time Ballon d’Or winner to score 50 goals every time and start talking if he does not.

“You are asking for 50 goals per season. From there, if he doesn’t score them, people talk. Nor should we forget that Leo has had the all-time record in Ligue 1 – he has hit the post 10 times! If he had scored 10 more goals, it would (have) been a very good season for Leo,” Herrera said.

“For me, he is the best of all time, without any discussion. Now I admire him even more for how he manages his day to day life with total humility, always with a smile for people,” the former Manchester United midfielder added.

Having had a rather slow start to life in Paris, Messi will be raring to show his best version next season, something that PSG president Nasser Al-Khelaifi is confident about.